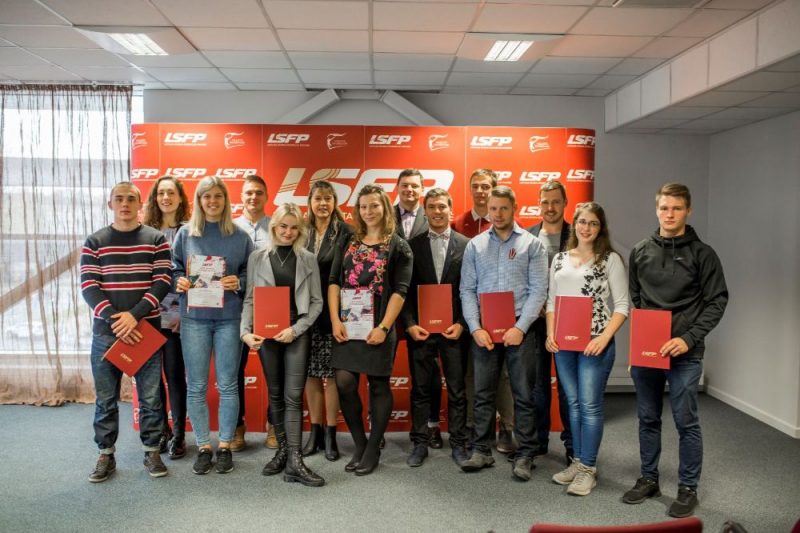 The board of the Latvian Sports Federation Council (LSFP) on Thursday approved the winners of the sports scholarship for the academic year 2019/2020, granting them to 41 student athletes.

The Scholarship Committee received applications from 66 student students, of which 41 received scholarships.

For the third year, participants and candidates of Latvian national teams who successfully study at European Union universities are eligible for the scholarship. Finnish footballer Morics Krumins of the University of Ham took advantage of this opportunity.

Students of Riga Medical College of the University of Latvia, the Latvian Academy of Culture, Liepaja University, and the School of Business Administration Turība also applied for scholarship competition.

Sports subsidies from the state budget have been awarded since 2007. To promote the ability of high-level athletes to combine studies with the development of sports excellence, as well as to promote students, sport and prepare reserves for Latvian national teams. The scholarship is intended in particular for academic and sports development of scientists.

Professor Agita Abele, chairwoman of the Scholarship Committee, emphasizes that the athlete's career has ended.

"It is important to provide a favorable environment for athletes during their active careers, where they provide a solid foundation for the personal development and career that can be expected after completing the sport. Similarly, an athlete must have a motivated personality that is able to combine sport with studies, believes in the ability to do this, and above all supports him with careful and persistent work, "says Abele.

Winners of sports scholarships 2019/2020 in the academic year:

A scholarship of € 1,300 was awarded to swimmer Evgeny Boicov (LLU) and scorer Agate Rashman (LSPA).

A scholarship of USD 1,200 was awarded to Michael Kostusev (RSU) and curling Santas Blumberga (College of Business Administration).

A scholarship of 1000 euros was awarded to florists Moritz Krumini (University of Hamm, Finland), Uldis Dunins and bicycle orientalist Andris Sarksņš (both RTU).