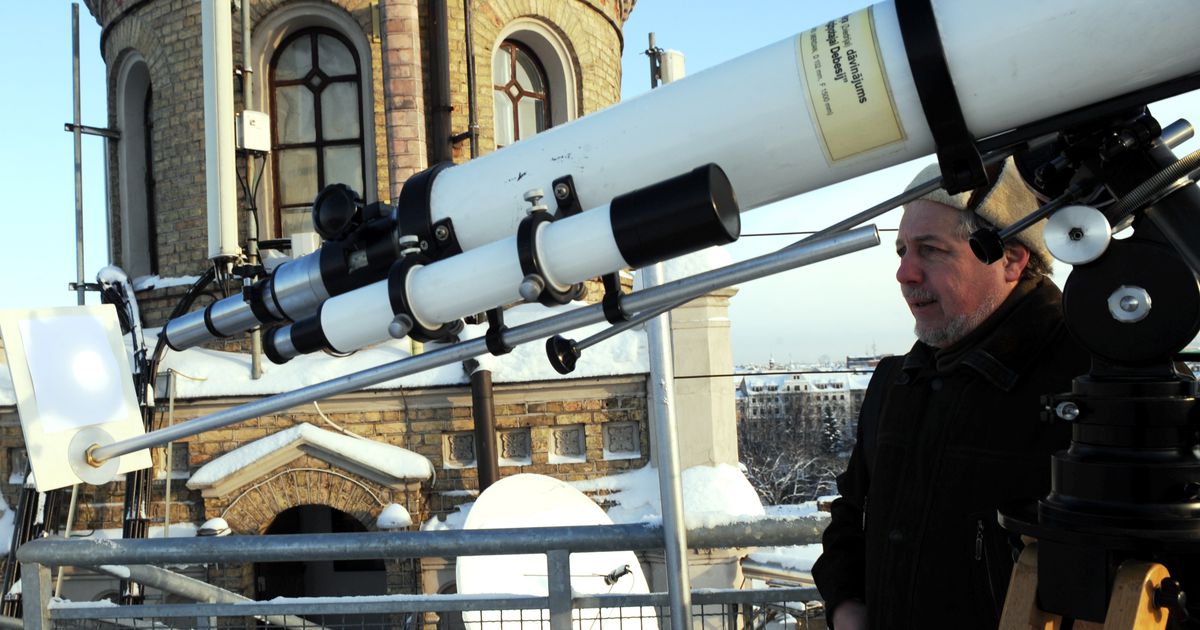 The university said on Monday that there would be a relatively rare planet configuration when Mercury, the planet closest to the Sun, would enter the imaginary line between Earth and the Sun. There will be a small black dot on the solar disc that will slowly slide over the solar disc.

In clear weather, without clouds, November 11 from 16:35 to sunset at 16:19, the Astronomical Tower Telescope will watch Mercury flying over the disk of the Sun. Demonstrations will be conducted by employees of the UL Museum and members of the Latvian Astronomical Society.

UL emphasized that the peculiarities of the Mercury movement were for a long time a scientific secret, until it was explained by general relativity. Mercury flows every three to 13 years, but not every time it can be seen anywhere in the world, because it is only visible where the day is.

Mercury's last transit took place three years ago, but the next time it will be visible only 13 years later – November 13, 2032.