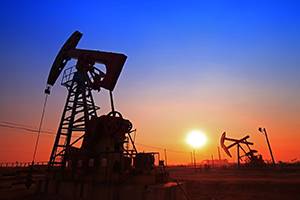 Oil prices continued to rise as the US market opened on Friday to extend gains for the third day in a row, posting their highest level in nine months, on the verge of reaching their fifth consecutive weekly rise after the OPEC Plus alliance officially agreed to gradually increase production starting in January / January next year resigning from the previous decision to increase production by two million barrels a day.

Taking into account all trade this week, world oil prices have averaged 2% growth so far, on the verge of reaching their fifth consecutive weekly increase, in the longest series of weekly increases since late April.

OPEC Plus member states have agreed to increase production by just 500,000 barrels per day from January next year, as well as monthly ministerial meetings to consult on market conditions and adjust production levels.

In line with the April agreement on limiting global supply, the coalition is currently implementing the second phase, under which by the end of December this year There will be a reduction in production of approximately 7.7 million barrels per day, provided that the third phase begins in early January, involving a 5.7 million barrel reduction. January 2021 – April 2022.

The US Energy Agency announced on Wednesday a decline in domestic trade inventories of around 0.7m barrels in the week ending November 27, a second consecutive weekly decline, and experts’ expectations pointed to a 1.7mbbl decline.

Profits have also been supported in recent years by positive news of vaccine candidates to prevent coronavirus, as well as improved oil demand in Asia, especially in China and Japan, coupled with compliance with OPEC Plus standards in the implementation of the Global Supply Reduction Agreement.