From Ghadir to Hermel … Making a car and arresting the perpetrators 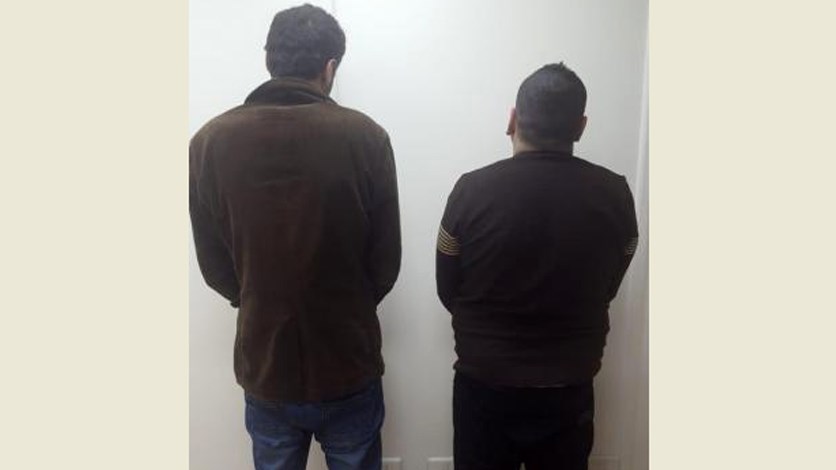 On October 29, a citizen claimed he was convicted of theft of a car at dawn in the Ghadir district – Ebuter Bridge, Hyundai in the style of Tucson in 2012.

As part of the actions taken in the internal security forces (ISF) information department, the crime of theft and control of vehicles began field operations to identify the perpetrators and managed to identify the perpetrators at record speed. (1990) predecessors of the crime of falsification and the Syrian "MA" (born in 1985) owners of precedents for the crimes of theft, robbery and promotion of false money and tried to kill.

As a result of monitoring and control activities, on November 5, special divisions of the division were able to arrest the first in the region of Labwa and take over the vehicle used for robbery.

The second was also arrested in cases, and he was caught in a bag containing tools used in the theft of a car, as well as a Lebanese identity card on behalf of Mghair.

To investigate, the Syrian admitted that he was involved in the "VT" after Hyundai stolen from the Ghadir area and transferred to Hermel and handed over to the person, the gang leader in car theft, and arrested for the sum of money in a Syrian currency equivalent to $ 500, divided partner.

He admitted "VT" Under the command of a car from the Gadir area to Hermel, and denied his knowledge that he was stolen, despite the existence of evidence and evidence confirming his participation in the theft.

The legal requirement was filed against them and forwarded to the Office for Combating International Attack at the Judicial Police Headquarters for further investigation, based on a reference to the proper judiciary.

The rest of the people involved are arrested.