Home / lebanon / Launch of the Arab Council on Population and Development

Launch of the Arab Council on Population and Development 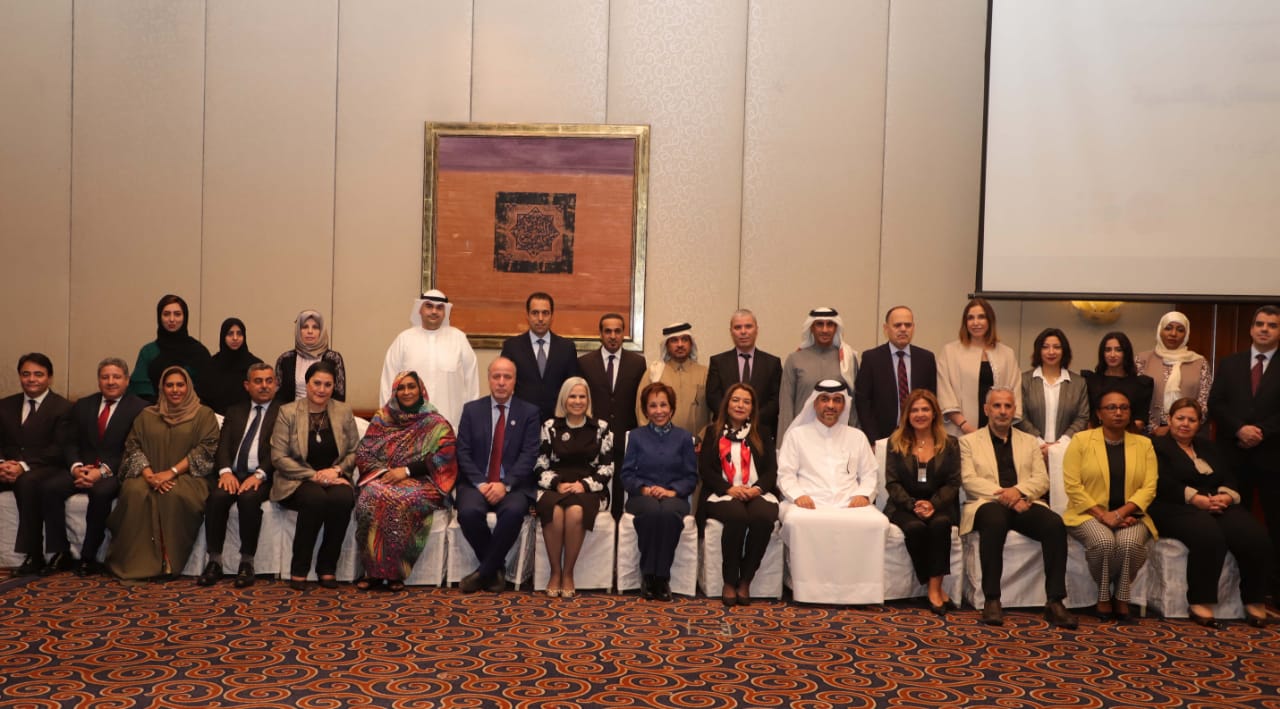 Under the auspices of Princess Basma Bint Talal, United Nations Ambassador of Good Will (UNFPA), the Supreme Population Council and the Arab League in Amman set up the Arab Population and Development Council.

The establishment of the Arab Council was in response to a proposal from Jordan during the eighteenth meeting of heads of national councils and committees in the Arab world, which was held in Jordan in 2017, and its statute was adopted by a decision of the Ministerial Council of the League of Arab States at its last ordinary session and a decision of the Council Socio-Economic His past.

The Council, launched in cooperation with the United Nations Population Fund (UNFPA), aims to unite Arab efforts to support population and development issues, provide technical support to member states to keep abreast of international and regional developments, and help national councils and population committees in developing national population strategies commensurate with their national needs. Connecting the population dimension with axes and mechanisms of sustainable development.

During the opening ceremony, Princess Basma emphasized that the council would play an important role in proposing solutions and formulating recommendations on the main development challenges facing the Arab region in the light of the growing needs of their children, which create jobs for young people, strengthen the human rights system, achieve gender equality and empower women.

"As the UNFPA Goodwill Ambassador, I welcome further cooperation with the League of Arab States and the Arab Council on Population and Development to promote the key role that the Arab world can play today in solving regional problems imposed by conflicts, armed conflicts, instability and destructive influence into different groups, "she said. Population. "

She pointed to the UNFPA report, which confirmed that the Arab region had witnessed the last decades, as a result of wars and unrest, the fastest increase in forced displacement, which exacerbated the dangers and threats to women and girls.

She emphasized that any extension of work on population issues should take into account the development efforts of various groups at local level, noting Jordan's commitment to working with Arab countries for the council to succeed.

She also thanked the League of Arab States for supporting the creation of this Council, cooperation with governments, civil society organizations, the private sector, international partners, UN agencies and parliamentarians from all over the Arab world, so that it would succeed and translate the needs of our region into reality.

In his speech, the Secretary General of the Supreme Population Council, representing the Supreme Population Council, the Minister of Planning and International Cooperation and the Minister of State for Economic Affairs, stressed the importance of establishing the Arab Council for Population and Development in the light of the current difficult circumstances and challenges facing the region. 2030 sustainable development, monitoring and use.

Dr Amawi pointed to the continuous impact of regional crises on the Arab region's march towards development, in addition to high unemployment rates, especially among young people, low quality educational results and inadequate to the needs of the labor market, as well as a lack of emphasis on reproductive rights and adopting a human rights perspective provision of information and services Development differences between regions and lack of comprehensive data and information on all aspects and issues related to population and development.

She added that the Arab Council will provide an effective platform for the exchange of experiences and participation-based learning and will be based on common problems and challenges of Arab societies in line with the vision focused on population and development problems by integrating problems and population dynamics as an effective factor in politics and development strategies at national, regional and international levels.

For his part, UNFPA regional director, Dr. Louay Shabana, stressed that the council is an important starting point for promoting the social agenda and Arab status at the center of development, and reflects the interest and involvement of Arab countries in working together on issues of population, development and progress, and helping countries to prepare and review programs and policies. Population at national level and follow up.

He underlined UNFPA's commitment to supporting the Arab region at national level in supplementing legislation and regulations and strengthening programs that help eliminate all forms of GBV, protect and strengthen vulnerable groups, noting that UNFPA will work with the Arab Council and regional partners to support problems population. Development by helping them invest in young people, especially girls, and providing them with appropriate and appropriate education and employment opportunities, as well as helping them care and protect the elderly.

The deputy secretary general of the League of Arab States, ambassador Dr. Haifa Abu-Ghazaleh, said in his speech that the establishment of the Arab Council for Population and Development is part of the League's interest in fundamental issues related to population and the promotion of sustainable development in Arab countries.

She added that the establishment of the Council under the auspices of the Arab Economic and Social Council takes place as part of the efforts and hard work done by the respective national councils and committees in Arab countries over the past 25 years to achieve the objectives of the Action Program. This highlights the central importance of issues to achieve the goals of the 2030 Agenda.

The meeting aims to discuss the initial vision of the work of the Arab Council and to review and discuss global commitments in the field of population and development in preparation for the International Conference on Population and Development (ICPD 25). Between the countries of the region.

The first regular session of the Arab Council will discuss the linking of Arab priorities to the global framework through coherence with international agendas and forums and coordination of Arab positions for the 53rd session of the Committee on Population and Development, which will take place in April 2020, and will focus on " Population, food security, nutrition and sustainable development. "