Penalties for those who form a government with Hezbollah? Government until next year! 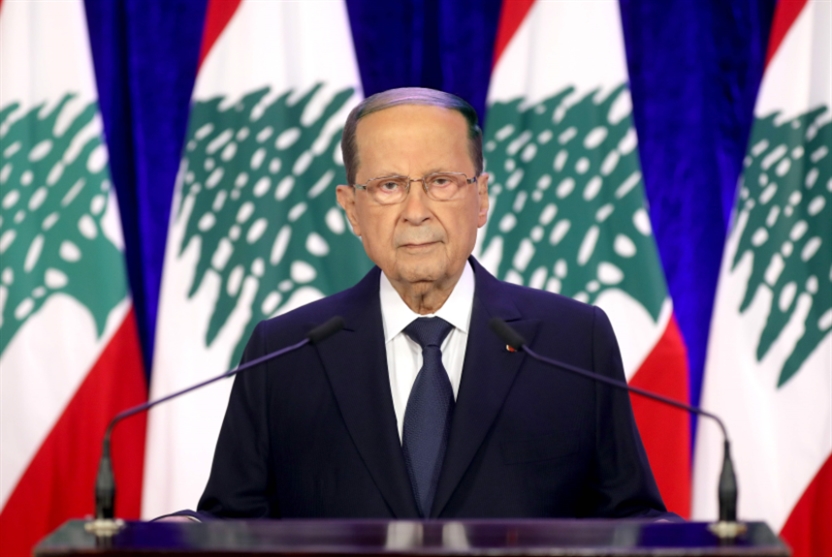 Like last year, the country celebrated its independence anniversary under provisional rule. All the disastrous conditions in the country were not reflected in the government’s determination to achieve this goal quickly. All indications are that the government scene is blacker than ever. Since President Michel Aoun received Prime Minister Saad Hariri on January 16, there has been no contact. The last mentions of the President of the Republic of Poland were included in the independence message. Clearly accusing Hariri of obstruction, he asked: “In light of all these stressful situations, is it not yet time to release government formation from tensions, intimidation, and concealment of bailout initiatives in order to deviate from the only rules and standards that must be followed and applied to all ? ” Aoun was clear that the content creation process should not be represented except by inverting all the components. On the other hand, however, Hariri’s circles regard Aoun’s words as a correction of the French initiative itself, which has been reported in the past two days as no longer in circulation. However, crossed sources have denied this information, confirming that France is still the most capable of playing a role in Lebanon. The new French ambassador, during a meeting with representatives of French newspapers in Beirut, confirmed that the initiative continued despite obstacles.

Government obstacles have not changed an inch since the US imposed sanctions on Minister Gebran Bassil. Hariri was disappointed, as was French envoy Patrick Dorrell, who chose sanctions that Basil concede. And since we realized that the latter and the president of the republic insisted on their position, the process of creation was stopped. Al-Hariri’s circles do not deny that the latter asked Aoun to appoint only two ministers, in return for appointing two ministers and Al-Tashnak, a minister, leaving him the right to name other ministers who are specialists who are not close to him. However, this offer was not approved by Aoun as it contradicts the criterion of a ministerial appointment by each side used for Shiite, Druze and Sunni quotas. Hariri sources refuse to point out that he has left the issue of appointing Shi’ite ministers to both Hezbollah and Amal or the Druze minister of the Socialist Party, confirming that the name will be derived from him and after consulting with interested parties. Sources denied this on March 8, however, pointing out that the names of the ministers had not yet been discussed, but confirmed that a decision had been made that Shi’ite names would be presented by the two of them, provided Hariri chose among them.
As a result, everything indicates that there will be no government this year. The March 8 source goes to the point where it could have been expected that there would be no government until January (when Joe Biden takes the presidency of America). He also points out that even then the formation of a government is not guaranteed. Despite this relationship, sources indicate that there is no confirmed information about the US obstruction of elections, the main problem being Hariri’s disrespect for balance, and his bet on the President’s concession is flawed.
On the other hand, lawsuit sources say Washington plays a major role in obstruction. These sources cite US Secretary of State Mike Pompeo that “there is no government in Beirut in which Hezbollah would be represented … and who will do so will face sanctions.” This, of course, is what Pompeo said to the US Ambassador to Paris, Jamie McCourt, in the presence of the Lebanese at the table on the night of the fourteenth during his visit to the French capital. McCourt herself the next day, according to information obtained by Al-Akhbar, delivered a message to many people, including the Lebanese, to make sure it reached Beirut: “It is forbidden to represent Hezbollah in the new government, and anyone who cooperates with the party , we will punish… and we are waiting New list of penalties before Christmas ».
According to sources, the American decision seemed decisive and indisputable to such an extent that Lebanon and its crisis were the subject of a very brief discussion during a meeting with Pompeo and French President Emmanuel Macron at Elysee the next day, so much so that France’s efforts they were limited to demanding a delay in imposing new sanctions, and Paris realized this. The late administration was “intoxicated” with any research that could lead to a softening of its position in a way that would open up a niche in a dead-end that would allow the French initiative to take effect.

In this regard, sources say, the president-designate appears to be in an unenviable position that lies between the boundaries of waiting for the Trump administration to depart and what means a possible collapse in light of the deepening economic crisis and the further collapse of the daily exchange rate lyre, and an apology for not composing. Both options were given to a man who anxiously waited to return to the government palace and tried to circumvent them, correcting the “stubbornness” of the Patriotic Free Movement and its leader by accusing him of obstructing and obstructing, noting that Hariri’s guests recently reported that he had begun to feel depth deadlock and that “if he knew, When did he take it from scratch,” knowing his inability to stand up to the US administration, and at the same time aware of the impossibility of defeating an important Lebanese team in forming a government.
Against this picture, the conversation about launching the work of the resigned government began to hesitate, given that this is the only solution to deal with the delay in writing. Consequently, ideas began circulating about the possibility of the ministers returning in order to conduct their work more efficiently, leading to the possibility of the government returning to the meeting. While many constitutional fatwas support this approach, future sources confirm that any meeting or mobilization of government work is against the constitution, which speaks of “business in a narrow sense.”