Scientists discover that Earth’s atmosphere was just as toxic as Venus! 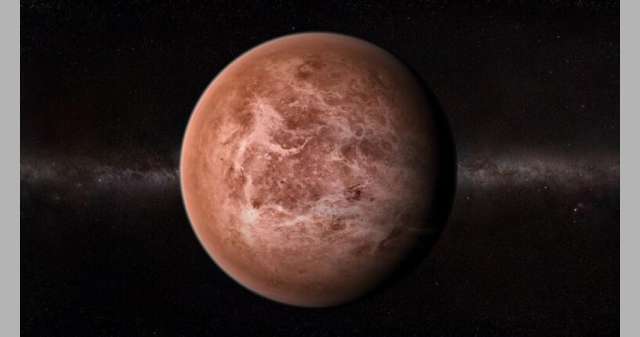 Scientists found that our planet’s early atmosphere was just as toxic as Venus today, just as gases leaked out of the magma ocean during the evolution of the Earth.

It is possible that a Mars-sized object collided with the young Earth in an effect that released enough energy to melt the entire mantle of the early planet – the layer between the core and crust – and turn it into magma.

This mass event then deprived much of the Earth’s atmosphere, replacing it with carbon dioxide with a small amount of nitrogen – very similar to the atmospheric composition of today’s Venus and similar to Mars.

These results come from a study by Paolo Souci and his team at ETH Zurich in Switzerland, whose article, published in Science Advances on Wednesday, looked at ‘an ocean of magma and its early floral atmosphere’.

To understand Earth’s atmosphere early, the team set out to recreate these conditions by lifting a small piece of rock above the gas stream and then melting it with a laser at 1,900 ° C.

“This little molten marble that rises at 2,000 degrees is a kind of miniature molten earth,” said Susi New Scientist.

By using various gases on the plane to hang a piece of molten rock, the scientists recreated the changing atmospheric conditions, allowing them to see which one closely matched the mantle samples and the geological record.

The team found that when the atmosphere was released from the Earth’s magma ocean, it cooled down to ‘resemble the planet Venus as it is today’. This, they say, indicates that the current differences between Earth’s atmosphere and Venus reflect what happened after the two planets formed.

Our planet is large enough that gravity keeps its atmosphere in place, unlike Mars, while Earth’s position in the solar system makes it cool enough compared to Venus.

This means that, unlike Venus, water remains on the Earth’s surface in liquid form and can absorb carbon dioxide from the atmosphere to prevent the planet from warming – and most importantly, creating the conditions necessary to support and protect life.