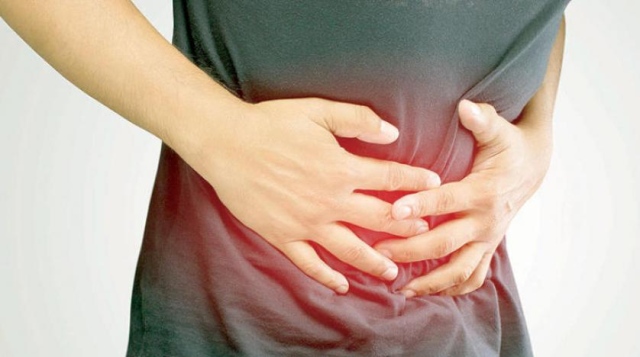 Stomach cancer develops in the inner lining of the stomach. This type of cancer usually develops more slowly than other forms, and the relatively mild symptoms can easily be overlooked in the early stages.

Mild symptoms can include an episode of acid reflux and should be carefully monitored.

Indigestion is a general term that describes discomfort in the upper abdomen. According to Russia Today.

Although it may be a symptom of stomach cancer, indigestion is not serious in most cases and can be treated with over-the-counter medications.

It is not uncommon for people to experience mild indigestion after eating a large meal or eating too quickly.

However, anyone with frequent acid reflux indigestion should speak to a doctor.

According to the British National Institutes of Health (NIH), GERD occurs when the sphincter muscle weakens and allows the stomach contents to return. The result is a burning sensation in the center of the chest.

And when someone experiences heartburn regularly, it can become a condition called gastroesophageal reflux disease (GERD).

In addition to causing heartburn, GERD is often manifested by a feeling of regurgitation, a sensation of a liquid substance moving up the throat from the stomach.

Symptoms of advanced stomach cancer may include vomiting, abdominal pain, weakness, frequent belching, jaundice, accumulation of fluid in the abdomen, and difficulty swallowing.

The NHS said there are many potential symptoms of stomach cancer, but it can be difficult to spot.

And she continued: “It can affect the digestive process, such as heartburn or acid reflux, difficulty swallowing, nausea, indigestion symptoms such as excessive belching and very quick satiety when eating.”

Other common symptoms of stomach cancer include blood in your bowel movements. When there is bleeding in the stomach or the lining, fluid can build up with the rest of the waste. The stool can be almost black blood.

While there are other causes for both dark and bloody stools, a medical examination is required for any significant changes in your bowel movements.