Home / lithuania / Remote solar power plants: a limit below which neither buying nor leasing is profitable

Remote solar power plants: a limit below which neither buying nor leasing is profitable 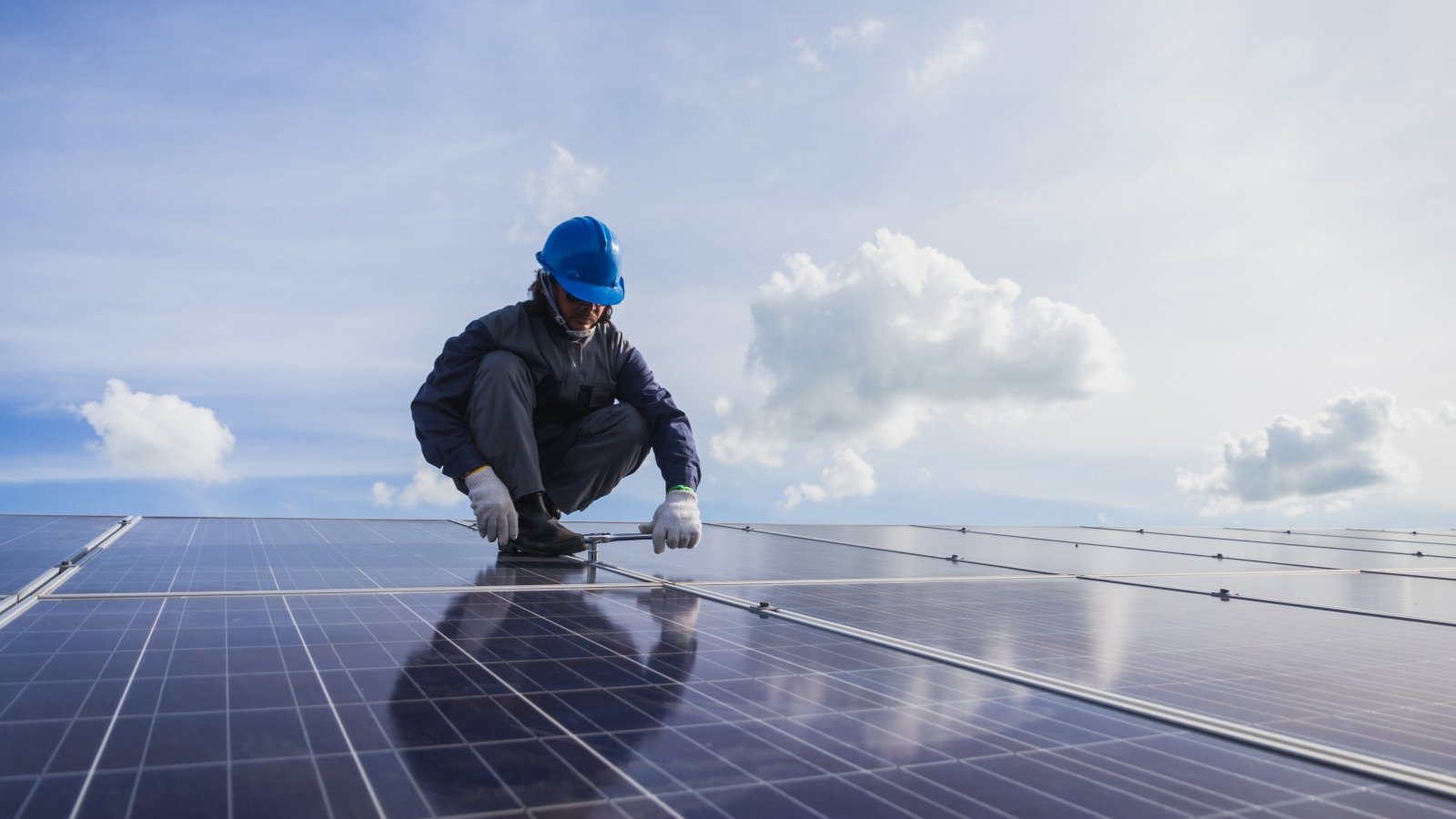 From October 1, Lithuania has the opportunity to produce electricity from renewable sources and use it in various geographical locations. The Ministry of Energy has stated that this is especially important for residents of apartment buildings.

"The consumer will be able to park the power plant in one place and use the energy produced in it in another place – for example, to produce it in a farm in the Alytus district and use it in an apartment in Vilnius.

Electricity generated by such power plants will be supplied to the electricity grid and during the storage period, i.e. from April 1 this year to March 31 the following year, any resident will be able to recover from the grid the amount of electricity supplied to the grid, subject to payment of a certain amount for using network. Currently, residents have four options for paying for access to the network.

When the solar power plant starts operating, a special intelligent metering device will register how much electricity is consumed immediately after its generation and how much energy remains unused for the grid.

The network operator will track how many kilowatt hours of electricity the user can recover at each of their locations, in accordance with the energy consumption assigned to the various consumables by the previous generation user, "the ministry said.

A new opportunity was offered by Ignitis Grupė (formerly Lietuvos Energija). In one company project you could buy solar power and in another you could rent it.

The spreadsheet on the Ignitis Solar Parks website indicates whether it is profitable for the user.

For example, if the household has an average monthly electricity bill of € 10, then its recommended power is 0 kilowatt hours, which means that electricity consumption is too low to buy part of a remote solar power plant.

However, if you pay an average of $ 15 for electricity, the recommended power is 1.3 kW and you can save $ 105 a year, the calculator shows.

The initial investment in purchasing the solar power plant in Obeni would then be EUR 1,203, which should be paid back in seven years. The expected benefits over the entire lifetime of the plant are EUR 2203 (taking into account inflation and changes in electricity and other services).

By choosing this option, your household will save 605 trees from carbon capture and reduce CO2 emissions by 24 tonnes.

The calculator shows that the household now pays EUR 180 (12 * 15) a year for electricity and EUR 75 a year for the purchase of a power plant (EUR 45 for other electricity from the supplier and access to the network; EUR 30 for an annual pilot fee for maintaining the power plant solar).

It is estimated that solar power plants generate 1 thous. KWh per year. kWh of energy. The calculations include an annual grid fee of EUR 25.99 / kW for solar energy.

Ignitis also provided the possibility of renting part of the power plant. However, without funds to buy, the annual savings are much lower. For example, having the same $ 15 monthly bill would save you $ 17 a year (compared to $ 105 for a purchase).

It is estimated that if the annual electricity bill is currently EUR 180, the rent will be reduced to EUR 164 (EUR 45 for other electricity from the supplier and access to the grid; EUR 119 for rent for part of the offshore solar plant).

Currently, both Ignitis Solar Parks projects are sold / rented. On Monday, the service announced that 909 customers are waiting in queue for 3,272 kW.

Remote power plants are already offered by the private company Sun Investment Group. On Monday, the Saulės community website reported that 18.2 percent of power plants under construction in the Klaipeda county are reserved. capacity.

When choosing the size of a solar plant, it is important to consider your own needs, because if the power is too high, the unit may not be able to use it at all.

"Generally generated consumers generate most of the annual electricity demand within 2-3 months (June, July, August), when the sun produces the most electricity. Energy generating customers can use all the energy they generate in the lightest months of the year. The accumulation period in Lithuania is from April 1 to March 31, "says the website of the Ignitis solar parks.

It is strictly forbidden to use the information posted by DELFI on other websites, in the media or anywhere else or to distribute our materials in any form without permission, and if permission is obtained, you must refer to DELFI as a source.