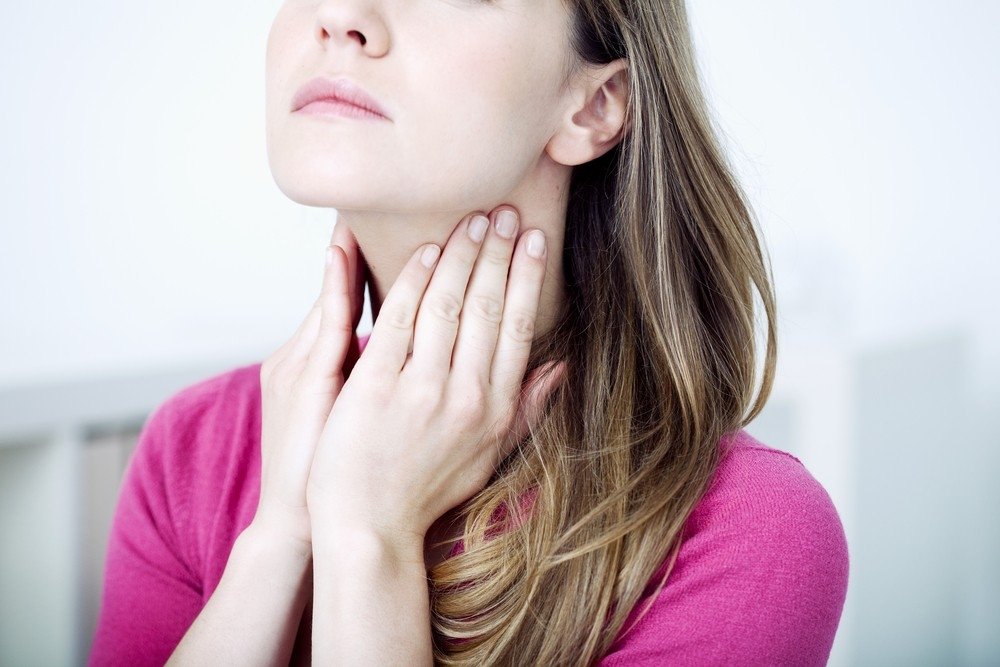 According to the girl, experience is not only a huge emotional, but also a difficult financial challenge, according to a press release.

27 years a woman is happy today – more than a year has passed and no changes in the vocal cords have been detected. Although every trip to doctors is an event that requires the most effective coping with stress.

"I still remember the shock of waiting for a doctor's appointment. Surrounded by people with different stages of throat cancer, some with the trachea cut off and remaining open cavities around the neck. I was afraid that this would happen to me because I was wondering how to hide the effects of such an operation, "says Vaida.

Another challenge, she said, was to lose her ability to speak for at least a few weeks after each operation. Then the voice gradually appeared, but did not return to the initial stage.
"Now I'm always a little nervous. I often have questions whether I am cold or sick, "says Vilnius.

It was also financially difficult

"I didn't work for several months at all, so I had to get a part-time salary. Of course, I received sickness benefit, but he would not pay me if I didn't live with my parents, "says Vaida.

The woman says that she would not like to think about financial issues if she rented a house. The very message of the disease was unexpected and was neither morally nor financially prepared.

"Even now it would be difficult – although I'm already married and I don't live with my parents anymore, we both work and live in Vilnius, but we took out a housing loan. Unemployment is therefore a great luxury for anyone with a serious illness, be it cancer, heart attack or multiple sclerosis, "he says.

"Every day people diagnose various critical illnesses and everyone can suddenly have a stroke, heart attack or cancer. Probably a significant part of the society had similar situations in our environment and we know how difficult these experiences are, "says Artūras Bakšinskas, president of the Lithuanian Life Insurance Association.

According to the National Cancer Institute in Lithuania, approximately 18,000 new cases of oncological diseases are detected each year. people In total, there are about 80,000 people in our country. cancer patients. Meanwhile, cardiovascular disease is becoming more common in people of all ages. According to the Institute of Hygiene in 2018, over 19,000 people were registered in Lithuania. beats and 16.5 thousand infarcts.

When you are sick, personal finances are also important

"In the case of a serious illness, the financial problem becomes very important – often people are unable to work, resulting in lower income and additional medical costs. It is much more difficult to fight this disease when you have to think about where to buy medicines, vitamins or how to care for your children at the time, "says A. Bakšinskas.

This year, the Spinter study on the long-term habits of saving the Lithuanian population shows that as much as 71 percent would expect their increased needs to be covered by state aid. Meanwhile, only 43 percent would have personal savings, and every fifth resident of Lithuania (20 percent) would benefit from life insurance or accumulated funds.

"The study has revealed a certain paradox in our society: in the event of a disaster, three quarters of the population first turns to the state, although they are convinced that the state's ability to help a person in a disaster is very limited," noted A. Bakšinskas.

According to the survey, 63% people don't think the state can help them in the event of a disaster. This reflects the reality of Lithuania – the sickness benefit paid by Sodra amounts to 62 percent. average salary.

If the life insurance contract was concluded more than five years ago, specialists advise her to review and allocate funds for insurance against serious illness to cover at least 6 months of income. In this case, people can get enough resources to help the family in difficult times.

It is strictly forbidden to use the information posted by DELFI on other websites, in the media or elsewhere, or to distribute our materials in any form without permission, and if permission is obtained, you must refer to DELFI as a source.