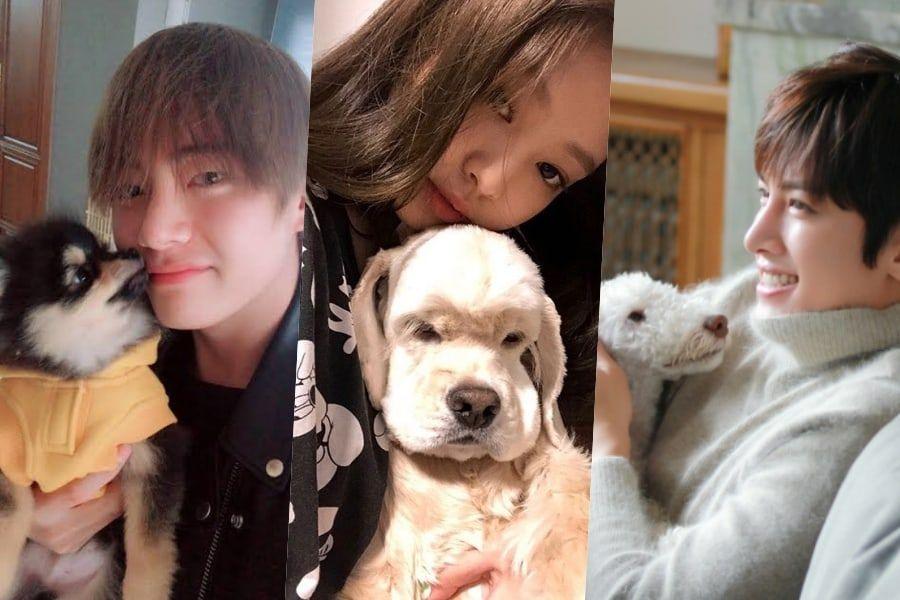 It's common to see Korean celebrities adoring and adopting pets. Being a pet owner has become a huge phenomenon in South Korea and most recently, there has been a lot of advocating for adopting and rescuing pets. The list of celebrities uploading photos of their beloved pet animals are endless, and it's created a sea of ​​warmth and adorableness. I mean, who doesn't love animals ?! Here’s a post dedicated to SOME of the celebrity pets we’re obsessing over these days.

Ji Chang Wook has been all the craze these days, and it could be because of the fact that he’s not only perfect-looking and charming, but he loves his dog, Ggoma. It's so easy to get excited every time he posts something about his furry friend – the cuteness! 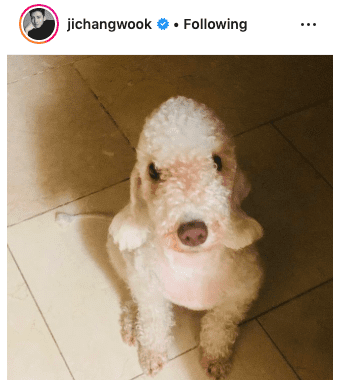 Lee Joon Gi first revealed his two adorable dogs on the variety show "My Ear’s Candy" in 2017. He displayed not only his amazing organization skills, but he also showed how well he was able to train his two puppies!

Ggabi on the left and Jjoonie on the right. Look at the focus! 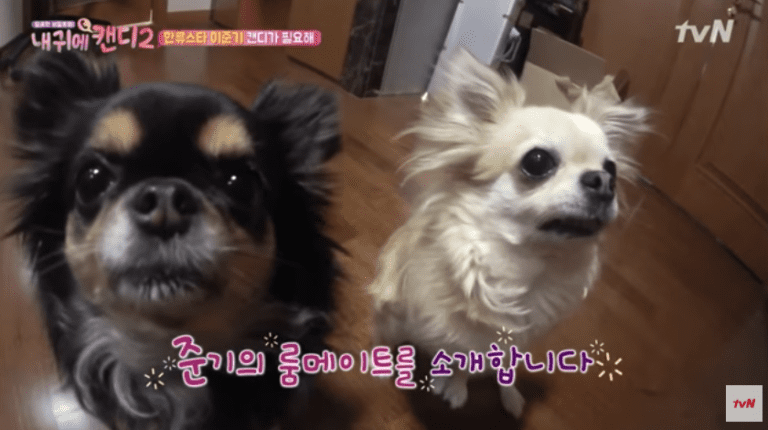 Park Seo Joon’s doppelganger in dog form would be his dog. They both look identically adorable! 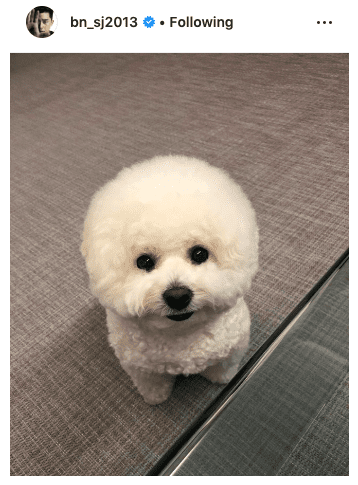 If you're an avid follower of Park Seo Joon, you'll know that V is also a pet owner to a cute little Pomeranian and that the two have doggie play dates together. I mean, how much cuter can this scenario get ?!

Park Seo Joon’s Simba on the left and V’s Yeontan on the right! 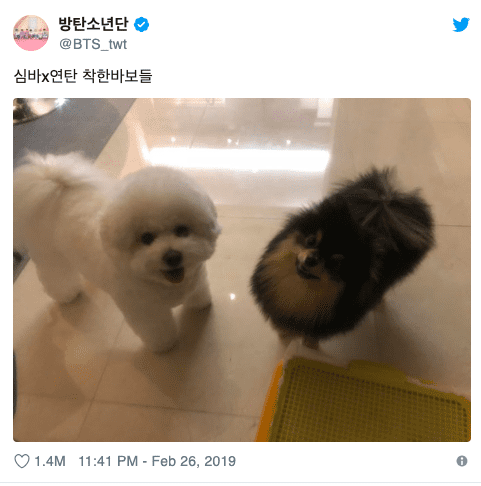 Ever since Sung Hoon became a fixed cast member on "I Live Alone," viewers were able to see just how big of a heart he has. Sung Hoon rescued an abandoned puppy who was set to be put down. He named this sweet puppy Yanghee.

This story and this puppy will warm the coldest of hearts! 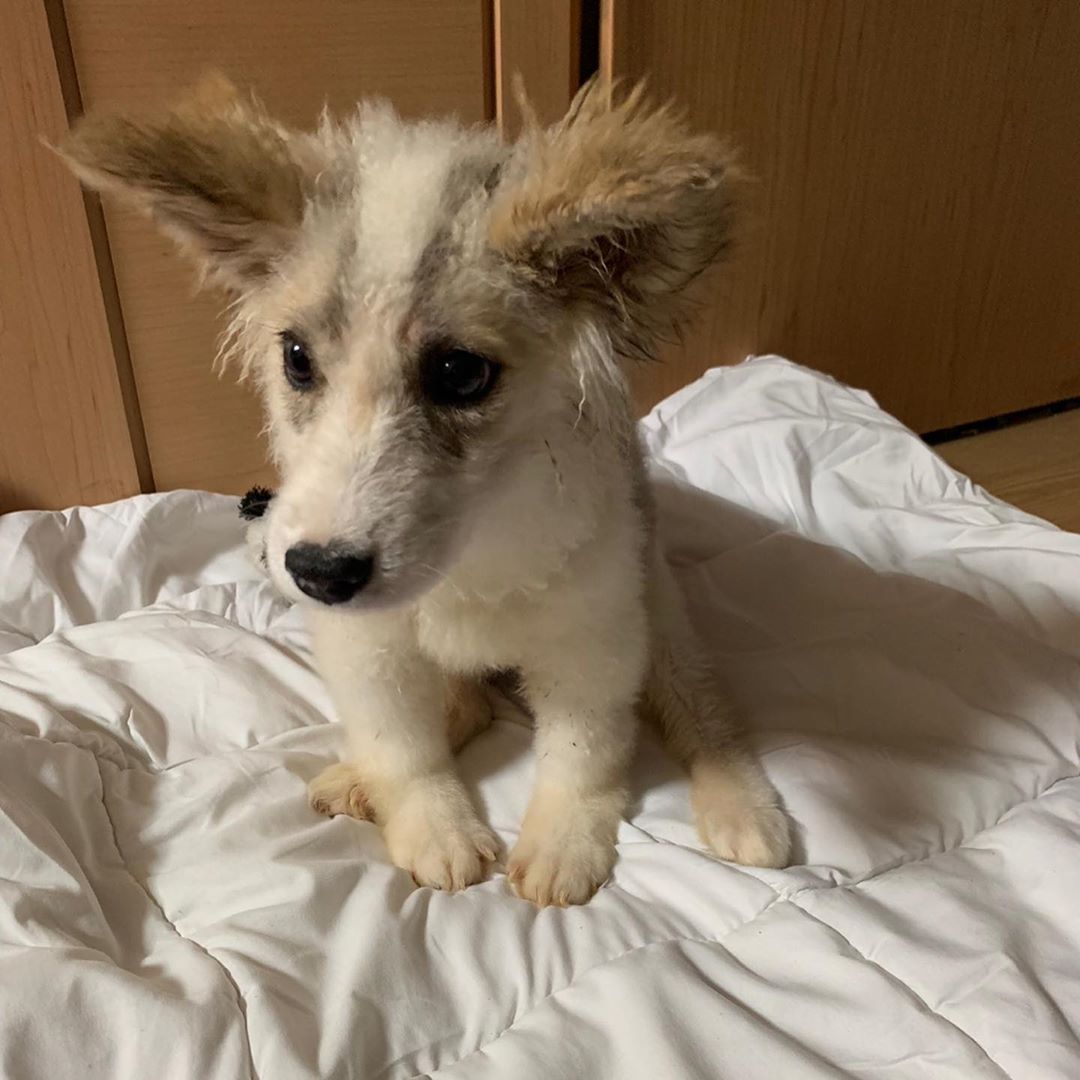 Loco is a big advocate for adopting and not buying pets, so it was no surprise when he adopted his happy-go-lucky furry friend, Latte.

Look how happy they look together! 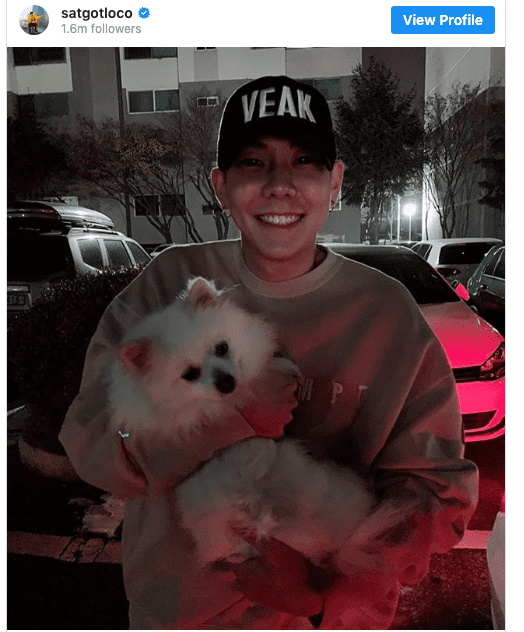 Jay Park is one of those dog-loving parents who has a separate IG account for his two fur animals. He adopted two dachshunds in 2015, and we've been all the better for it. 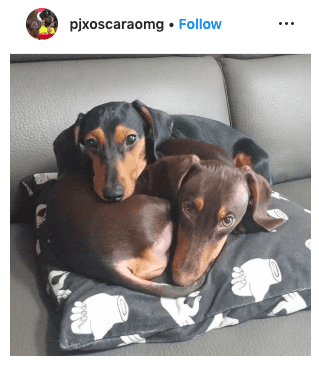 There’s something about seeing a hard rapper obsessed with dogs. If you follow Dok2 on IG, you see that he’s a serious animal lover. And it's obvious that they are well taken care of! Dok2 expressed in the past that he has allergies to cats, but he has since designed a bedroom specifically for his two cats to hang out in. 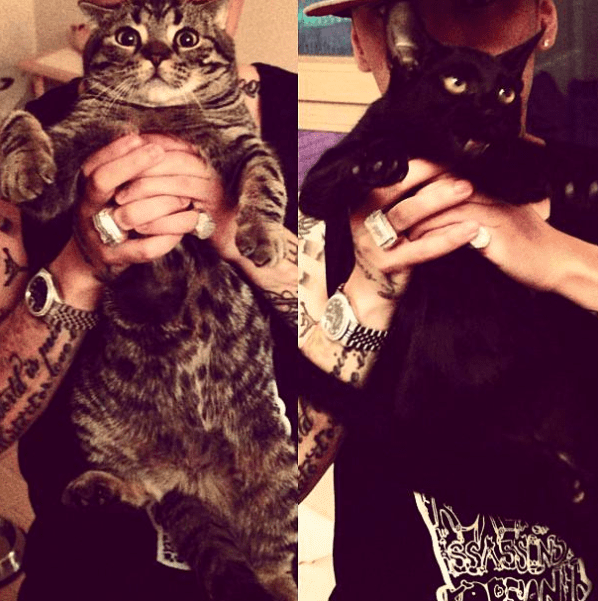 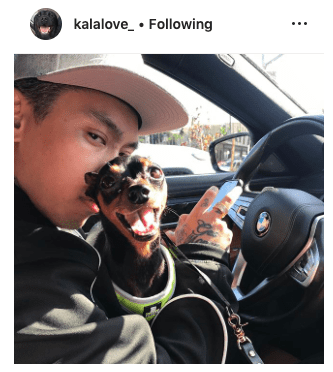 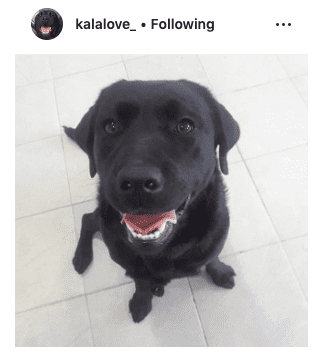 Unless you've been living under a rock, you know about Amber’s two pets, Jack Jack and Tuna. She boasts about them and cuddles with them in a lot of her vlogs as well as IG posts. She’s basically the perfect pet owner, and we love her for it!

When "Master in the House" invited dog whisperer Master Kang to the show, Lee Seung Gi brought out his brand new puppy, Perro, to the show. At just four months old, we were totally in love. 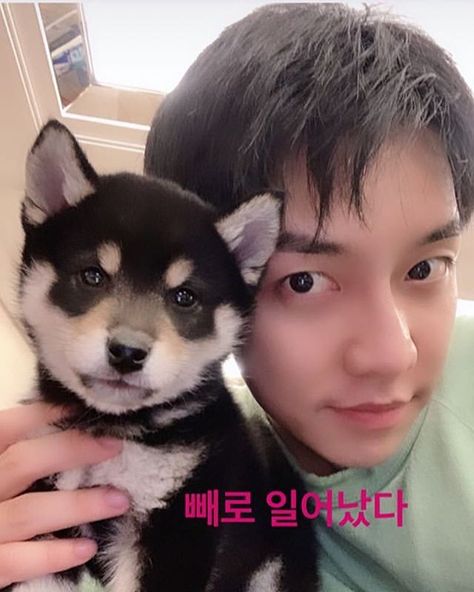 It's no secret that Hyori is an animal lover. When she had her hit reality show, "Hyori’s Homestay," all of her guests were able to encounter the loving affections of her pets. Because they are all rescue animals, they have a lot of love to give. They're the sweetest animals! 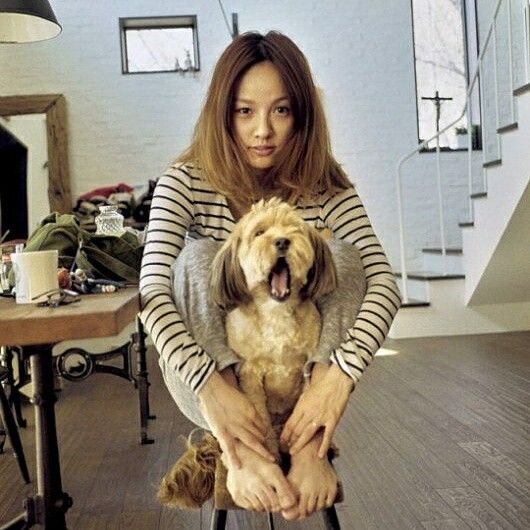 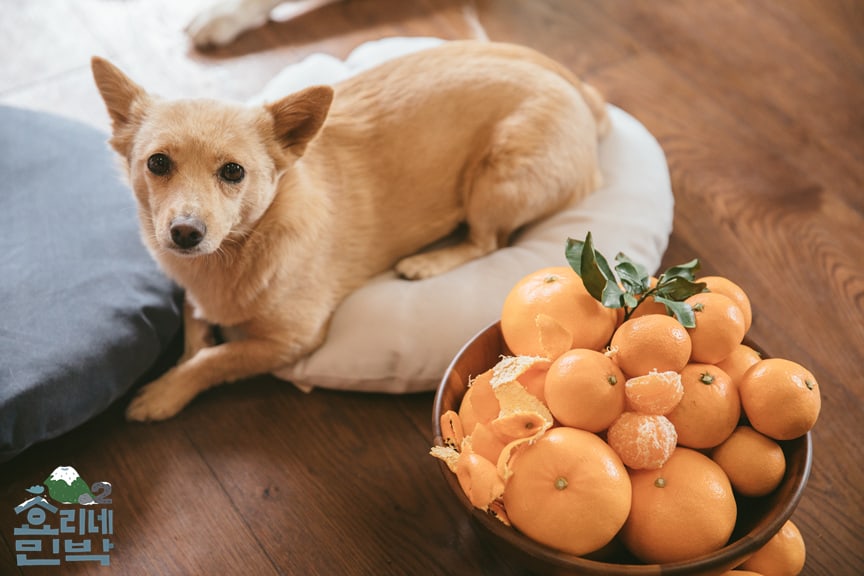 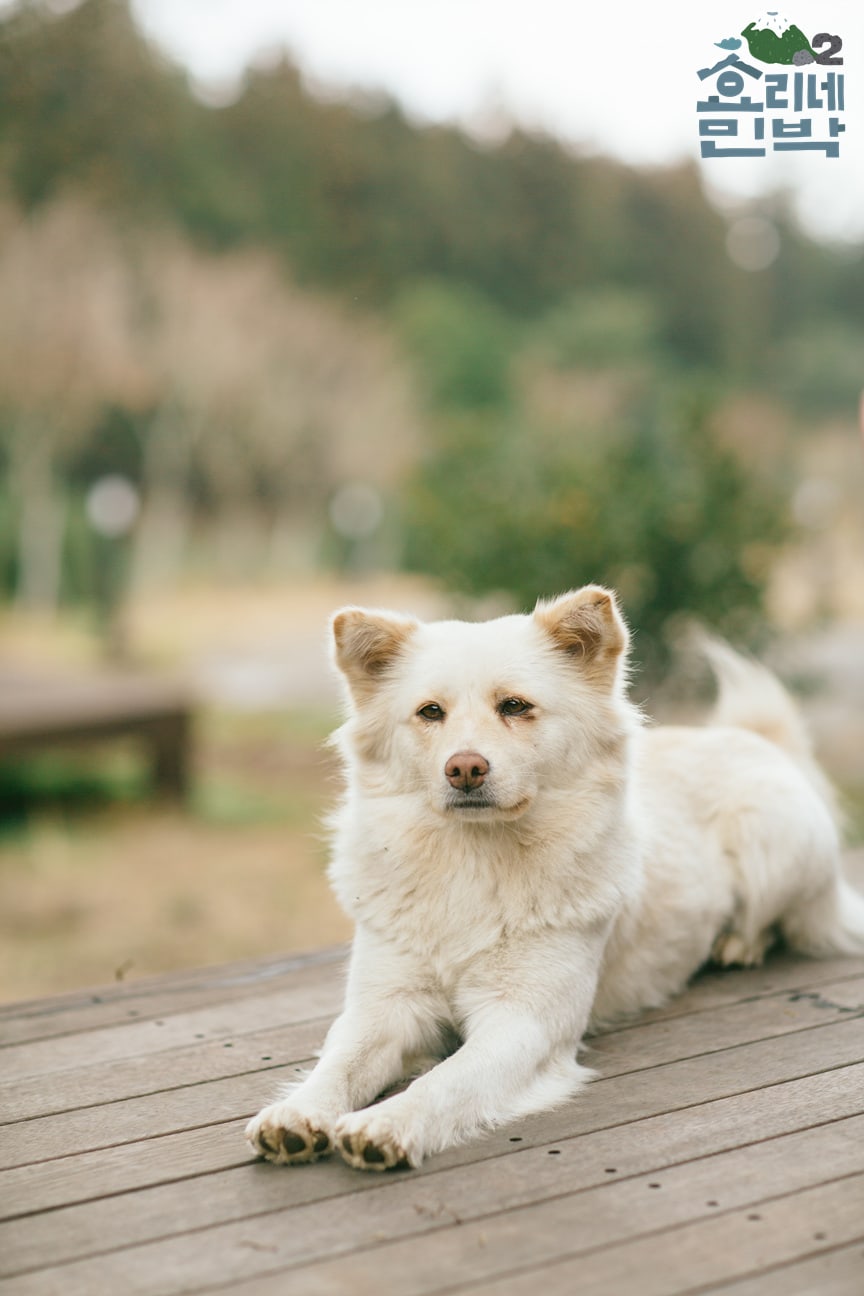 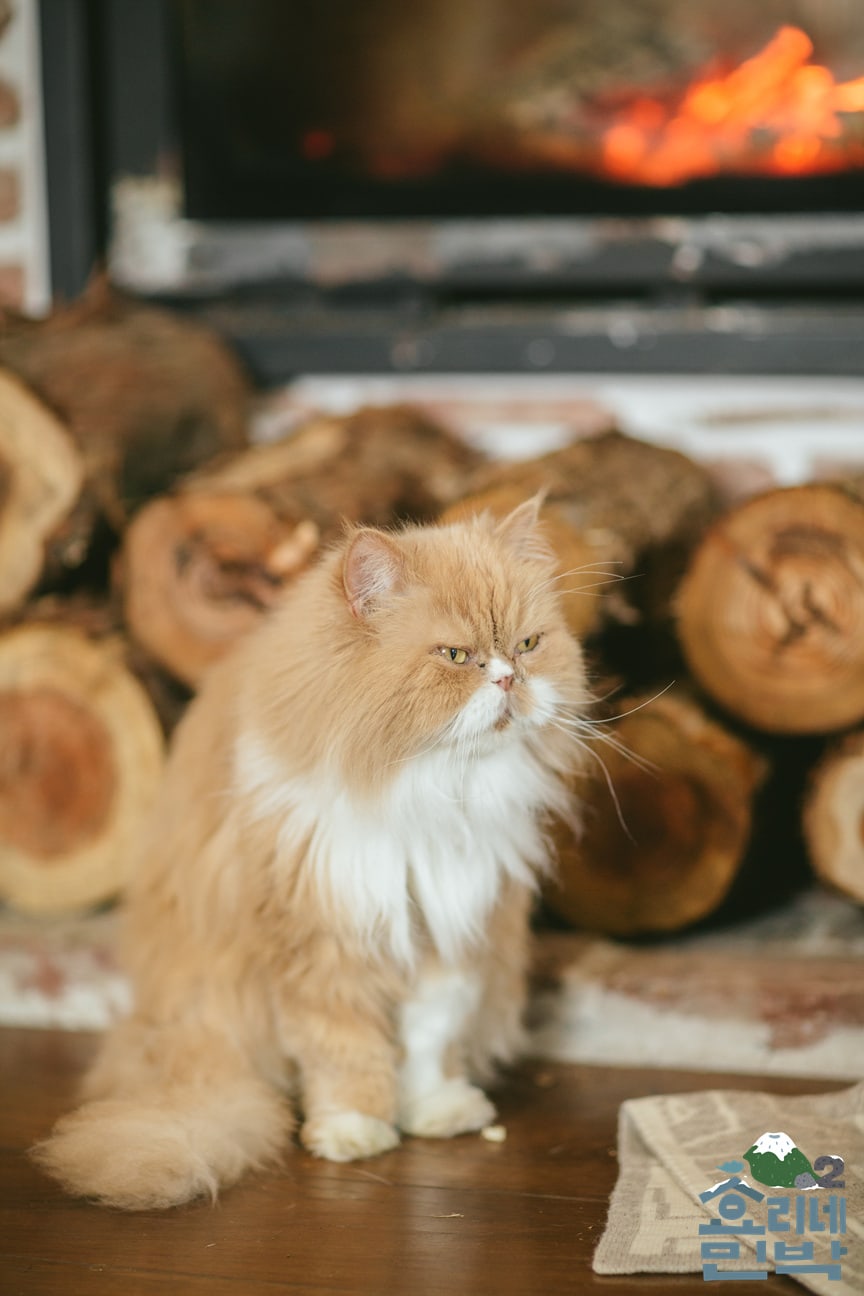 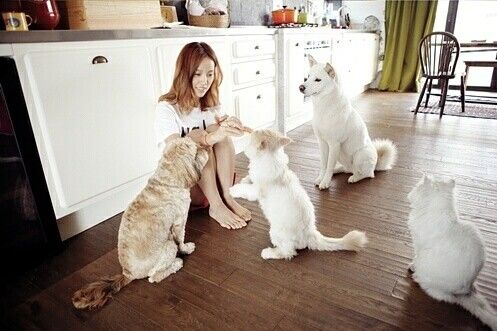 Hyolyn was able to reveal to the world on "I Live Alone" her love for pets. She has a whopping three cats in her house, and they've all got such loving personalities! Lego is the newest addition to her kitty family! 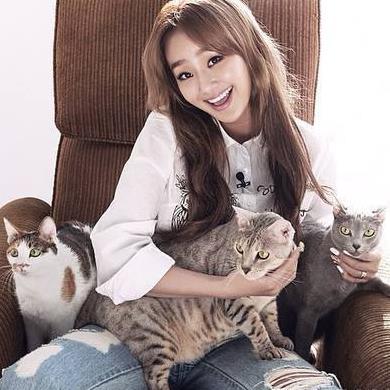 Kang Min Hyuk mentioned in an interview that he named his kitties Koong and Dda Dda because their names together make the sound of playing drums. His kitties are just as endearing as their names! 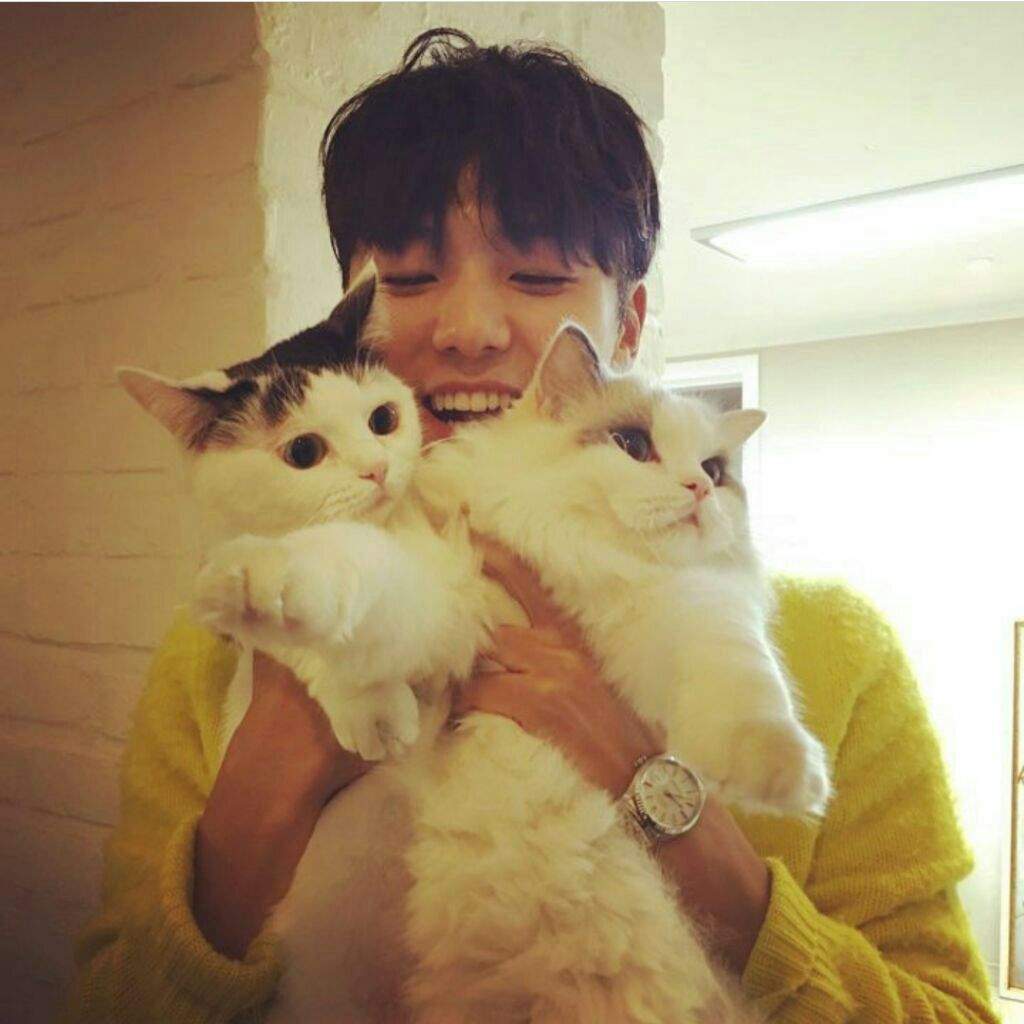 Jennie’s really good at sharing photos of her pup, Kai, on IG, which is why we’ve totally fallen in love with him! 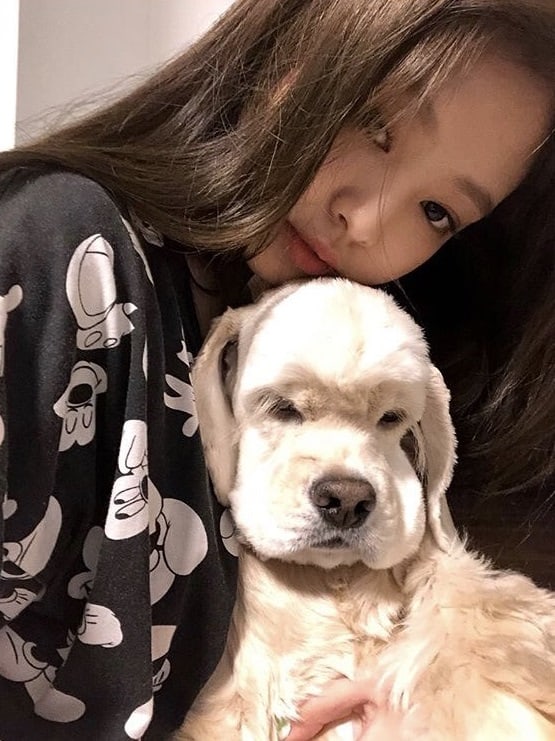 Pretty much any time Key does a live session online, he brings out his two toy poodles, Comme Des and Garcon. The three of them are inseparable, and we honestly can’t handle the cuteness when we see the three of them together! 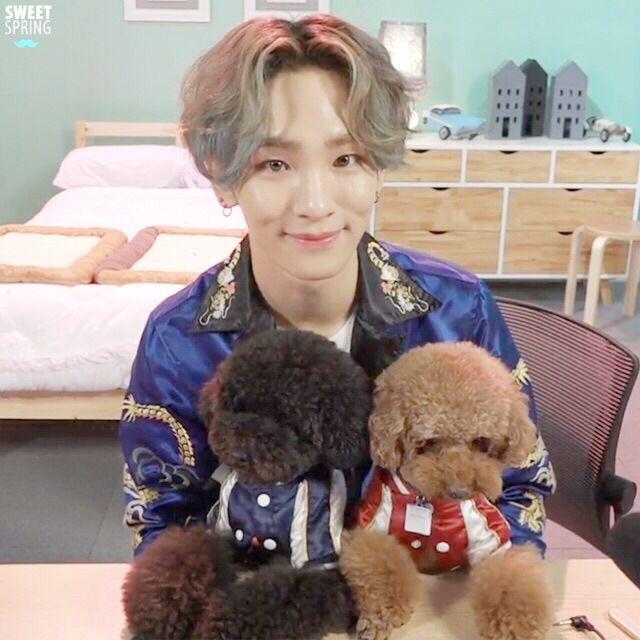 Crush has been known to take his dog everywhere he goes. I mean, we would too, considering how cute and sweet he is! 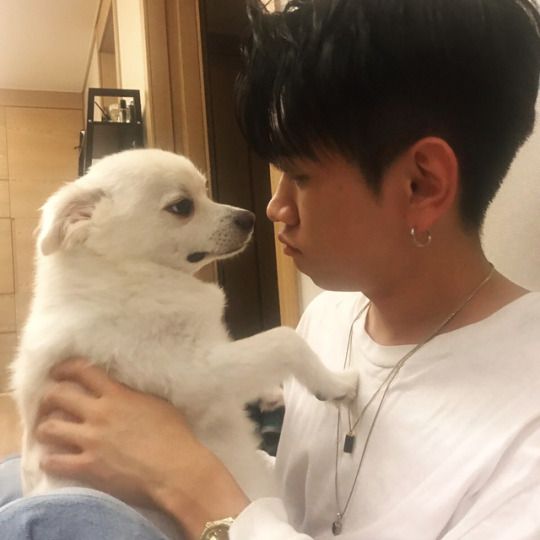 Park Min Young has the cutest white dog that we all absolutely love. It's so fluffy and white, and look at how happy he looks! 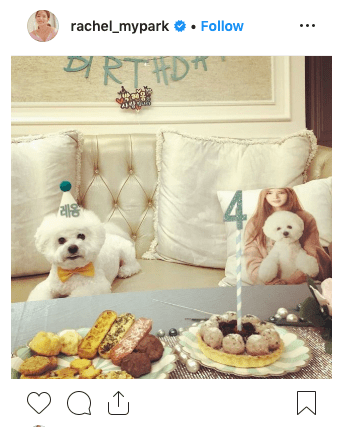 Another cat fanatic, Junho has not been shy about sharing his love for his cats. We’re all the better for it though, because we get to see such adorable pics of these beautiful felines!

The newest addition to his family is Bokky, whom he adopted this past September! 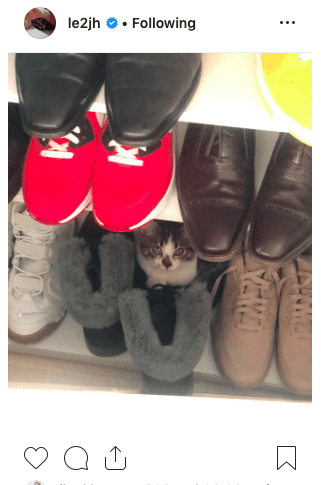 Back in 2015, Mark and Youngjae adopted the cutest puppy in the world named Coco. Yes, they co-parented, and it was the cutest thing ever. Then this past year, Mark got another puppy named Milo, whom he introduced on live, and we fell even more in love. 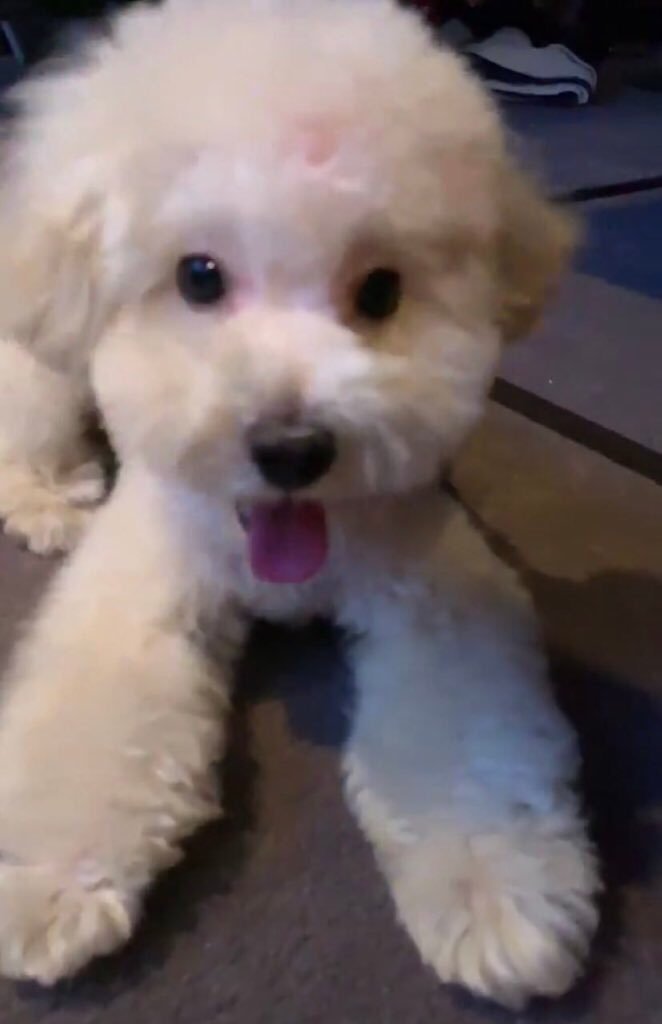 There’s something so cute about corgis – especially Baekhyun’s corgi, Mongryong. 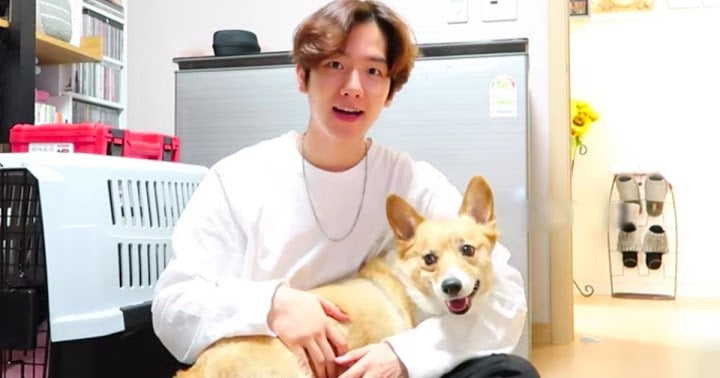 Note: Had to stop this list here because it was getting ridiculously long!

Hey Soompiers! There’s obviously many more Korean celebrities with adorable pets! Share some photos of them in the comments below.

binahearts is a Soompi writer whose ultimate biases are Song Joong Ki and BIGBANG. She is also the author of "K-POP A To Z: The Definitive K-Pop Encyclopedia." Make sure you follow binahearts on Instagram as she journeys through her latest Korean crazes!

Currently watching:
All-time favorite dramas: "Secret Garden," "Goblin," "Because This Is My First Life," "Star In My Heart"
Looking forward to: Won Bin 'return to the small screen

How does this article make you feel?