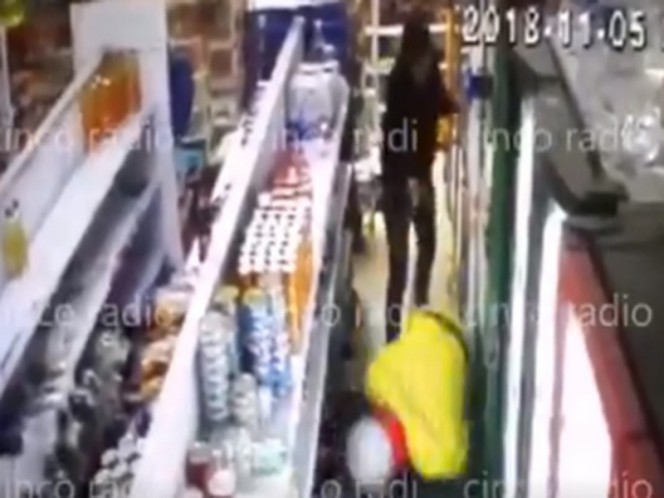 Ivonne Flores Rey, pupil career Criminology at the Faculty of Law and Social Sciences of the Benemérita Autonomous University in Puebla (BUAP). He died with his brother Saul during the test to thwart the assault to the grocery store where they both worked in the Aquiles Serdán de Puebla colony.

The crime happened yesterday at 21:00, when the criminals entered the super Santa Rosa, on Progreso Street, where the brothers tried to defend money and They attacked one of the attackers with a knife.

In video protection with mini super Saul is seen fighting against one of the attackers, however, other approaches and He shot him in the back.

Ivonne tries to defend him, but the one who brings the gun also shoots at him and runs away, however the brothers hurt another attacker with a knifewho also tries to escape when he shoots them.

Strong images and discretion are recommended

It was the moment of the Mini Super robbery named Santa Rosa, last night, in the Aquiles Serdán colony, where the Saúl and Ivonne Flores Rey brothers lost their lives, respectively 21 and 19 years (1/2) pic.twitter.com/W0cHf3lecI

The brothers died immediately after being caught by thieves who abandoned their partner José Alberto Adán, aka "El Gordo", 25 years old, who was arrested by elements of the Secretariat of Public Security and Municipal Transport in Puebla and transferred to hospital, where is this Tuesday he lost his life

Police investigators and a specialized homicide agency have carried out body removal procedures and have initiated an investigation.

Through social networking sites, the maximum house of study in Puebla sent condolences and rejection of the act of violence in which 19-year-old student century, along with Brother Saul, at the age of 21, in which they called on the authorities to clarify the case and arrest the other responsible persons.