A new accidental death in the former mining city of Jerada 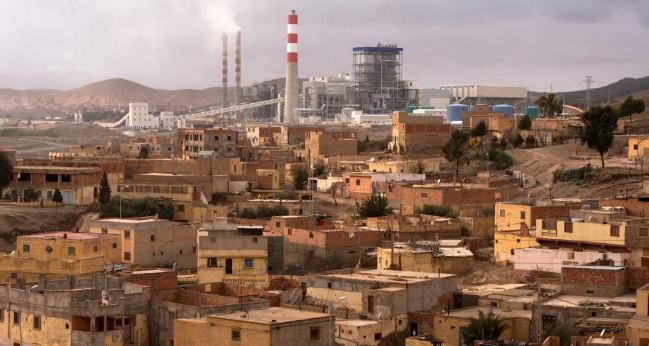 Forty years, which collected coal in the mountains, died in a stone scree near the former mining city of Jerada, AFP learns from local activists on Sunday.

This accidental death occurs several days after the death of the 18-year-old as a result of the disintegration of the liquidated well in which he went for charcoal.

At the beginning of this year, the disastrous city of Jerada witnessed protests after the deaths of two miners in abandoned wells at the end of December 2017, followed by two other accidental deaths in similar conditions.

Read also: Video. Jerada: a new death in the fall of a secret mine

Residents demanded an alternative to underground mines, where hundreds of people decided to extract charcoal in a traditional way, to sell it to local merchants, locally called "barons" and equipped with marketing permits.

In the face of protests that lasted from December 2017 until April 2018, the authorities announced a number of measures to revive the local economy, promised to close abandoned drills, presented a conversion plan to create jobs and banned all "illegal demonstrations".

After the protests, 95 people were arrested, 25 of whom had already been tried, according to a lawyer who defended some of the accused, Abdelhak Benkady.

Nine protesters were sentenced this week to 3 to 5 years imprisonment, including "destruction of public property, incitement to commit crimes and misdemeanors or participation in an unauthorized demonstration".

They were all imprisoned since mid-March, after a forbidden demonstration marked with clashes with the police.

Prior to the closure of a large mine deemed unprofitable at the end of the 1990s, the mining business, the main economic source of Jerada, employed about 9,000 employees.

Due to the lack of jobs, according to official statistics, the commune is one of the poorest in the country.