Manchester: notes, summary of the match and reactions 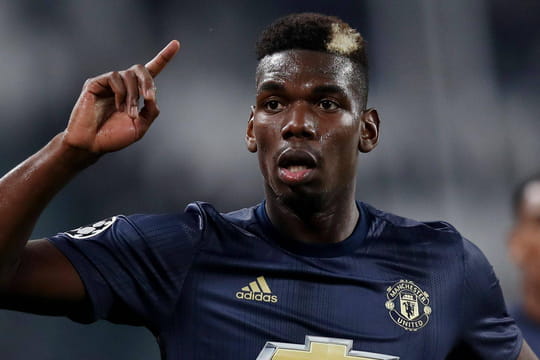 SUMMARY JUVENTUS – MANCHESTER UNITED – Surprise in Turin, last night, with the victory won in the last minutes by Manchester United on the score 2-1, on the lawn of Juventus. A result that animates the race for qualifications in this group. Summary, notes … Report from the match.

Juventus had the chance to take first place in group H at the Manchester United party on Wednesday evening in Turin. It was only a formality, especially after the match in the first match in Manchester 15 days ago (0-1). It was only a formality, but only for 85 minutes. Allegri players, led by Cristiano Ronaldo and Dybali, quickly put pressure on the Mancunian team after a difficult quarter of an hour. Khedira (32.), Cuadrado (34th) and Khedira (36th) placed De Gea or his posts in a contribution in the first period. After returning to the locker room, Juve accentuates his grip in the match. Dybala finds the bar (50th) before Ronaldo types a masterpiece to logically concretize Italian domination (65th). Everything seems to be bent, but the Italians do not give the second goal (67, 74 and 77) and will be punished. First Mat equalizes a great free kick at the entrance to the surface (86th) before the last kick, Alex Sandro pushes the ball deep in the net while fighting on its surface. Without the need for it, Manchester United achieved a prestigious success in class C1 and jumped into the race for qualification in this group H.

José Mourinho's reaction after Juventus – Manchester United: "Juve is a high-level team for many years, they bought this player (Ronaldo), they want to win everything, they can win everything, and we have a team where many players have not played in this type great matches Champions League (…) It is a fantastic win for us. Not only because of the result, but also because I think we played well from the first minute against a great team. "

In the day team is Cristiano Ronaldo (8/10), the author of a great goal, who gets the best mark. Many players have 7/10 points. This is the case for the Juventus teams De Sciglio, Chiellini and Bentancur, as well as the Martial and Smalling team in the Manchester United team. On the other hand, Turinese Alex Sandro and Mancunians Lingard and Alexis Sanchez are considered modest 4/10.

08:48 – Ronaldo (Juventus): "Manchester United did nothing to win the match"

After Juventus' defeat in the last minutes, Cristiano Ronaldo expressed his frustration with the reporters: "Manchester United did nothing to win the game, you can not even talk about happiness because luck provokes and today we just let them come back, this is very disappointing because we should win this game easily by scoring three or four goals, we must learn from our mistakes. "

8:43 – "We have to grow up," says Chiellini after Juventus – Manchester

The reaction of Turin defender Giorgio Chiellini, mixed-race zone, after Juventus – Manchester: "This game should serve as a lesson if we want to go to Madrid to play in the Champions League final. we could and we had to qualify, we had a difficult time, we should lead 3-0, and finally we can not even guess work, because for some time it hung on the nose.

Reaction of Massimiliano Allegri, coach Juve, after this match Juventus – Manchester: "This is a disappointing defeat, because the team did a good job, but we can not kill the matches, gave some free kicks and we give too much at the moment, also in the league. They are not enough, we are not patient enough, we can be qualified and be the first in football, but it's football, you have to keep calm. "

José Mourinho has already eliminated Juventus in the first game when his team lost to Juventus (0-1), waving the "3" symbols like Juventus' hat-trick. "Inter in 2010. Of course, the Portuguese manager could not help but did more after this kidnapping in Turin (1-2) .Then the last whistle he put his hand in his ear for long seconds before he was kidnapped by Italian players …

Cristiano Ronaldo will certainly be able to stop his defeat. While his team fought to take advantage of the advantage, the Portuguese unleashed a situation of extraordinary salvo on the opening Bonucci. His first in Juve shirt and 121 in his career. He then released two almost decisive passes for Pjanica and Cuadrado who failed to score a second goal that would surely kill the match. And who will blame you …

Juventus thought that he not only secured the qualification for the knockout phase in the Champions League, but also his first place in group H after Ronaldo's goal. Only that at the end of the match Manchester United won against the course of the match, but Juve still keeps the head of this group H (9 points) with two points before the MU (7) and 4 away. Valencia (5). Everything remains to be done!

This is the end of the Juventus Stadium lawn! Juventus took the lead thanks to Ronaldo's remarkable goal (65) before Manchester United completely toppled the situation, despite the way the game was played, thanks to Mata (86) and Alex Sandro (90th) goal to win in Turin (1-2).

Marcus Rashford is close to killing the match, but he is defeated by Szczęsny when Anthony Martial, the author of a great lifting ball, took off perfectly.

Massimiliano Allegri tries everything until the end of the game, introducing Mario Mandzukica instead of Juan Cuadrado. They will be 4 minutes of extra time.

What a drowning Englishmen who lead at this end of the game! In the center of the free throws Ashley Young perfectly crosses the far post. Szczesny pushes as much as he can … Bonucci, who accidentally places the ball in the back of the net with the help of Alex Sandro.

Served at the entrance to the surface, Paulo Dybala decides to hit the ball first, but does not fit. Argentine is failing tonight.

Juan Mata equalized in favor of Manchester United, playing a free kick! The attacking midfielder perfectly wraps the ball over the Italian wall and places it outside the reach of Szczęsny. 1-1 between Juve and Manchester five minutes after the match!

Manchester rebels in the last minutes, and Paulo Pogba mows Blaise Matuidi at the entrance to the surface, halfway through the arch … It is very, very well set.