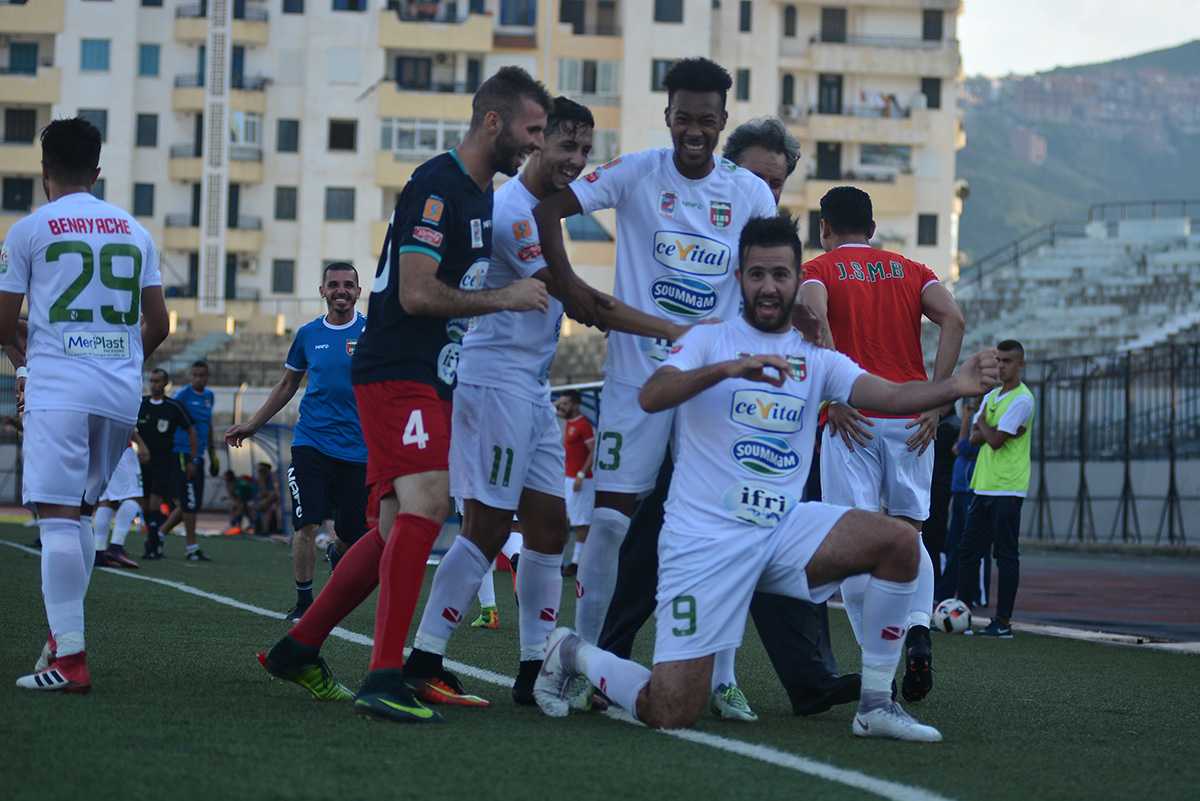 Three points scored against JSMS last week had a positive impact on the team's course and ranking.

After the game for 12 days, the Hammadite capital club is in sixth placee place in the general classification, just a few points from the podium. Coming back a few months back to the situation of the club, especially at the level of administration, we can say that the situation has improved significantly as a result of the work of the club's management. With 17 points on the clock, the flagship club of the Soummam Valley does not want to stay that well. Captain Belmessaoud's comrades want to continue the dynamics of good results at all costs, looking for the result of their movement in the capital. The next match against USM El-Harrach is a serious test for Bejaouis, who certainly will not miss the opportunity to finish the phase in an encouraging place.

Defeat the USMH to keep up the pace

For several days, JSM Bejaia has been dynamically achieving good results. Indeed, since the departure of Biskri Mustafa, the club will be well managed thanks to the work of coach Boucekine. Remaining in a series of 5 games without a defeat, Green and Red also achieved 4 wins, 2 draws and one loss against Said. To continue climbing in the general classification and get closer to the podium, JSMB players are motivated to get a satisfying result. In the face of people with mental disorders and unfortunate formationse instead, Green and Red can not lose sight of their goal, which is to collect maximum points on the move and fill mainly at home. To do this, we will have to prepare seriously and apply the trainer's instructions. What's more, the Amaouche-Haddou duo will no doubt try to mark the ghosts on the occasion of taking office and managing this meeting.

The attack must do its job

During the last three meetings, the formation of Yemma Gouray won 4 achievements. Of the four goals scored, the attackers scored only one side of MC Said from Baïteche. If the Hammadite capital club wants to have a chance to return from the capital with good results, the attackers will have to be more involved. The last duel of the team from JSMS had a disappointing impression, offering virtually no solutions for helpers. So the Belgherbi companions must never miss the opportunity to stand out and help the group achieve a satisfactory result.

In the direction of the return of Allala on the axis

Absent during the last break due to the suspension, the central defender of JSMB, Slimane Allali, will return to the group for a trip to El-Harrach. To get a chance to earn points on your site, the JSMB technical staff could give the former defense lawyer a chance. Even if Maddou gave satisfaction in the last two games he played to find a balance, Allali's return to his position is very likely.

To strengthen the team and let him boldly defend his chances at this meeting 13e Ligue 2 Mobilis day, the duo, Amaouche-Haddou will certainly introduce some changes to fix the shortcomings. Some players will probably have a chance to be totally in this match, especially when the first stage comes to an end, and these elements will want to have a good time to win to win the rest of the way. The changes will affect key positions in which some players are likely to be on the table in a match against the USMH.

The first for the Amaouche-Haddou duo

If the arrival of coach Bououkaz is scheduled for the weekend, the Amaouche-Haddou duo will lead the meeting against USMH on Tuesday. First for the former MCO manager, who is thus the deputy replacement for the Tunisian trainer, as well as the current manager of JSMB, who also participated in the Boucekine training during the last meetings. A duo trained for this occasion will also need to provide good mental preparation for players who want to achieve good results to show that the change of coach was inevitable due to the relationship between the initial trainer and some of the group.

Ghan, too short to go back to the group

JSMB midfielder Ghanem Fouad still has not returned to group training. Due to a special program due to a thigh injury, Ghan can be off the beaten track for some time before he can get the doctors' consent. So the JSMB number 10 will have to take patience. He will unfortunately be omitted by his teammates, especially in the middle of the field.

JSMB players will train for the last time this Monday morning to adapt to the final settings before meeting the USMH. In addition, the technical staff will certainly make the final choice of the strategy that it intends to use in the game against the USMH.

Departure in the afternoon on the capital

The JSMB management, in cooperation with technical staff, planned a trip to the capital on Monday afternoon. The trip will take about 5 hours.

The FAF Federal Arbitration Commission appointed Boukhalf to conduct a meeting on Tuesday afternoon between JSMB and USMH. Boukhalfa will be supported by MM. Seradj and Hallam, up to 4e arbitrators, it will be Mr. Ait Amer.

Khellaf N.: "Defeat El-Harrach to stay in the field"

The rightful defender of the Green and Red team, Khellaf Nabil, is doing well in his club colors because he has completely used his luck. The latest results recorded by the dean of Kabyle clubs allowed the club to rise to the hill and fight with the teams at the top of the table. On the eve of departure to USMH, Khellaf Nabil was kind enough to give us his impressions: "The victory last Wednesday has allowed us to regain confidence in the face of the team that was in the same position in which we could achieve the basic goals. We were well prepared in spite of some changes in the technical belt.We know what awaits us, training awaits us, which goes through very difficult times, but we are ready to fight the battle and achieve the best result. "