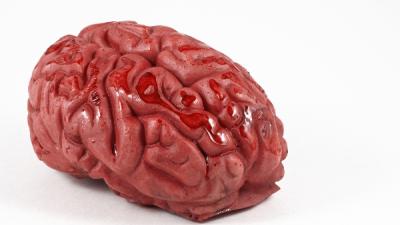 People with prediabetes already have subtle defects in their white matter, which can eventually lead to worsening cognitive functioning. Prediabetes is a precursor to type 2 diabetes. At this stage, a changing lifestyle can have positive effects and prevent a person from getting type 2 diabetes. The results of the Maastricht UMC + study show once again that the pre-diabetes is not an innocent condition. The results were recently published in the scientific journal Diabetes Care.

For this study, MRI scans of 2,200 Maastricht participants were analyzed, of which almost 350 had pre-diabetes. This large cohort study examines the development, course and treatment of diabetes and pre-diabetic states on different fronts. To determine if someone has a prediabetes, glucose tests are performed. If the body does not properly process blood sugar, but not so badly that there is diabetes, we are talking about pre-diabetes.

Dr. Miranda Schram, one of the researchers: "Hypercukemia is not yet an official disease, but it is becoming increasingly clear that there are already lesions at this stage." The sooner you start eating healthier and exercising more, the greater the chance that you can prevent diabetes. "Damage caused by inadequate blood flow (also known as ischemic damage), which indicates the lack of oxygen, mainly occurs in people with prediabetes. white matter in the brain. It connects different areas of the brain with each other. It has been known for some time that people with diabetes have this type of damage in the brain, which increases the chance of cognitive problems 15-20 years later.