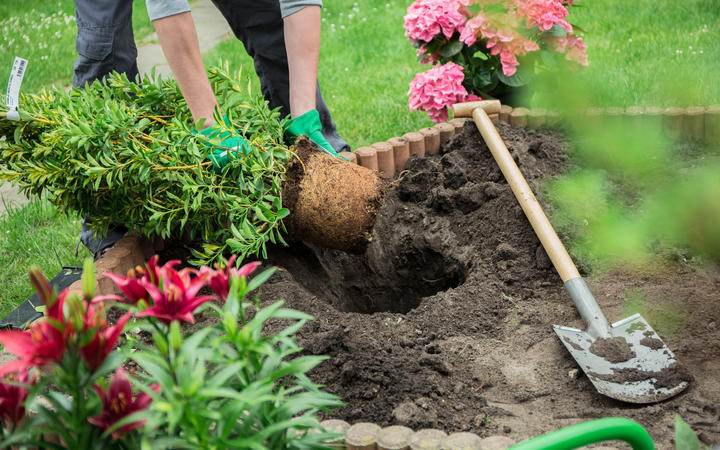 Cantabrians heading into their gardens this Labor weekend and as spring warms up are being warned about Legionnaires' disease. Canterbury District Health Board said 48 people were admitted to hospital with Legionnaires' in the region last year.

Since June this year, 12 cases of the pneumonia-like bacterial disease have been confirmed there.

The DHB said there was typically a spike in cases in early November that could be attributed to increased gardening activity from Labor weekend onwards.

"Gardeners are at particularly high risk of catching Legionnaires' disease as the bacteria thrive in bags of potting mix and compost," Dr. Humphrey said.

People could catch the disease by inhaling airborne droplets or particles containing the bacteria. Symptoms can include dry coughing, high fever, chills, shortness of breath, muscle aches, headaches and diarrhea.

"Essentially, spores from the soil, particularly from potting mix – once they're flung up into the air, if you inhale them they can cause a very serious pneumonia," Dr Humphrey said.

While Legionnaires' can be mild, for some it proves fatal.

It is more common in older people, particularly if they smoke, have poor immunity or have a chronic illness. Sometimes even healthy young people have died from Legionella pneumonia.

Dr Humphrey said some people could be in intensive care for weeks with the disease.

"Our intensive care specialists tell us that Legionnaires' pneumonia is the most expensive infectious disease that our intensive care unit faces, and that's because people are admitted for such long periods of time when they get this illness."

He said nationwide, Legionnaires' was relatively rare compared with the amount of potting mix sold each year, but it appeared to be more prevalent in Canterbury.

"We've always been proactive because we are the garden city and we have had relatively high rates of Legionnaires' disease in the past," Dr Humphrey said.

"We've also had a very active laboratory here which tests for it … so we've probably picked up more cases."

There are five simple actions gardeners should take to avoid getting Legionnaires'.