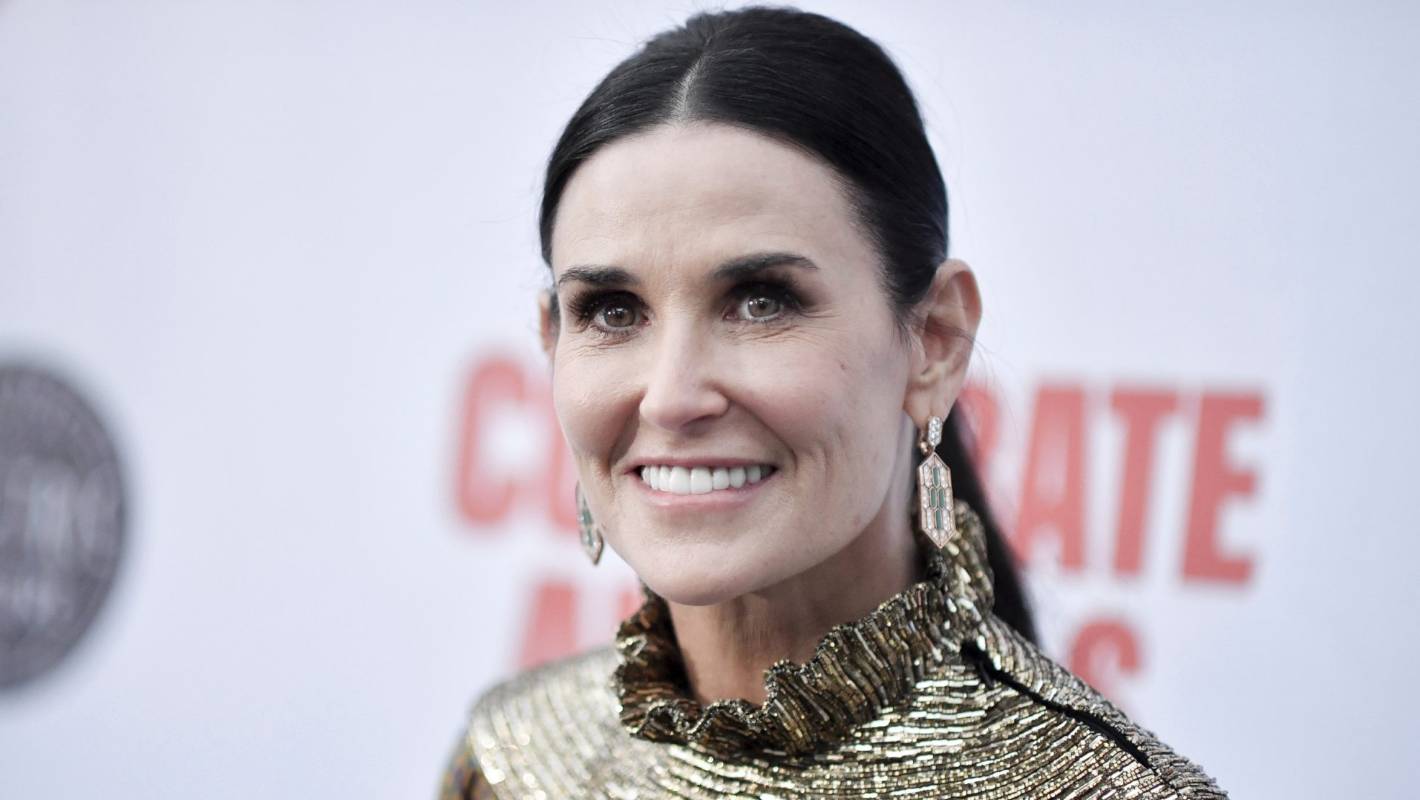 Demi Moore discovered her ex-husband, Ashton Kutcher, was cheating on her via Google alert.

The former couple was trying for a baby via in vitro fertilization when Moore received the devastating news on her phone while she was wrapping work on her TV movie directorial debut, Five, in 2011, and confronted the actor.

"I asked if it were true and he admitted it right away and I think my response was, 'Are you f … ing kidding me …?' I think I felt like I could barely take a breath, "the Ghost star tells Good Morning America.

Moore now admits her miscarriage, a desperate need to become a mum again, and a Vicodin habit all combined to drive her much-younger husband away.

"I can't really bring fully to words how lost and desperate, confused (I was) … I really lost sight of everything that was right in front of me, which is the family I had, and I think the weight that it put on Ashton, it's kind of natural to pull back when somebody's clinging too tight.

The infidelity swept Moore back to alcohol and substance abuse after 20 years of sobriety and at one point she was popping 12 Vicodin pills a day.

Now clean and sober once more, Moore, who has detailed her life's ups and downs in new memoir Inside out, insists she has clarity and closure about the end of her eight-year marriage to Kutcher.

She told newswoman Diane Sawyer, "I really know that there are parts of what occurred with this relationship ending that were a level of devastating for me that wasn't really just about that relationship; it was really about my whole life … that this really represented that I'm not lovable, that I'm not deserving, and that's not about him; that's all just about me. "

Kutcher and his representatives are refusing to comment on the claims Moore makes in her new book or remarks she has made about the end of her marriage to the actor.

Meanwhile, Moore tells WSJ magazine her relationship with Kutcher, who is now happily married to Mila Kunis, is "friendly", adding, "but we're not … hanging out".