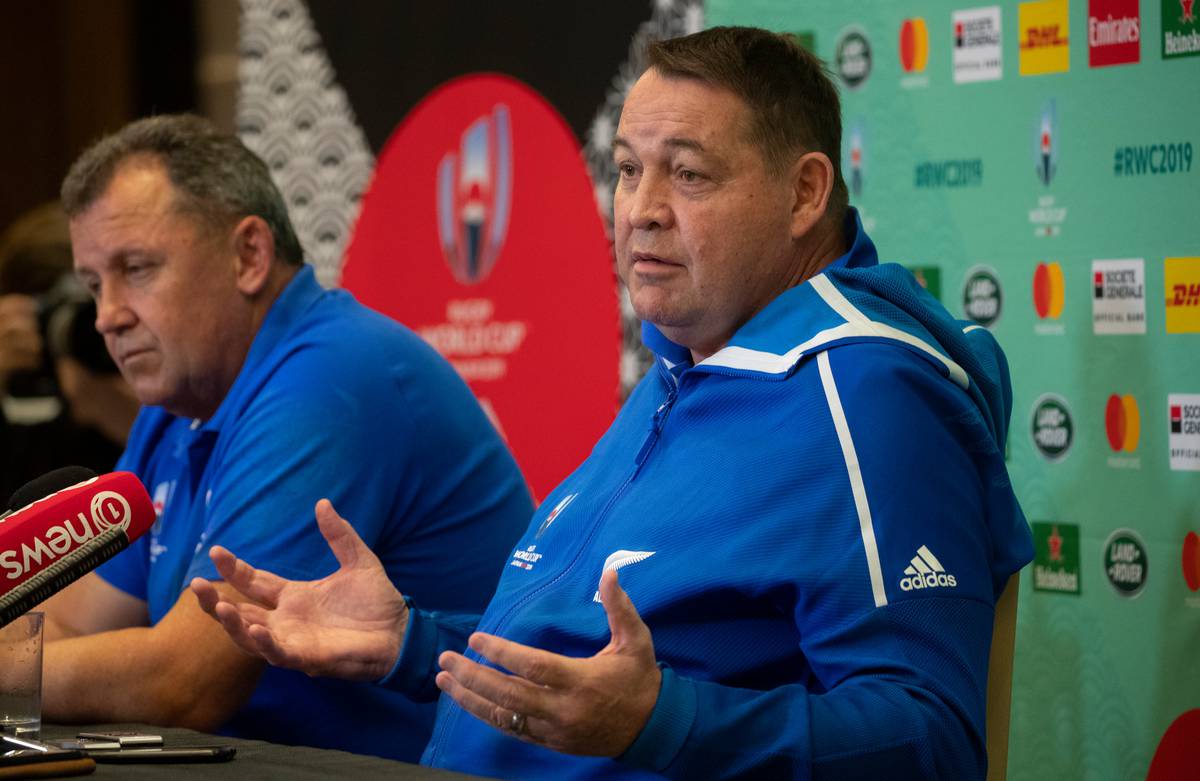 Writing in the column for Guardian, Evans, who played All Blacks 'defeat in the 2007 Rugby World Cup quarter-finals, said that "All Blacks' defeat with England would be followed by an" inevitable investigation, "as was the case in 2007."

"I wonder about the wisdom of the coaches announcing ahead of time that they will leave after the tournament," Evans wrote.

"We saw it with Joe Schmidt [Ireland], Warren Gatland [Wales] and Steve Hansen and none of them reached the final. "

Hansen announced in December that he would step down after the World Championships after 15 years with All Blacks and seven as head coach.

New Zealand head of rugby in New Zealand, Steve Tew, said a panel of four will interview the candidates and hopes the substitute will be named before Christmas.

Evans is currently assistant coach at London Harlequins and said England in the semi-final "wiped the All Blacks off the park."

Evans said he took ribs from English Harlequins players, but "from a Kiwi perspective it was easier to do because there was no quarrel with the result.

"There was no place in the game where I could reasonably claim that New Zealand won."

"If there is one thing, I am sure that their winning race is over, in New Zealand it will be better in the long run.

"I liked the fact that at the end of the match against New Zealand we didn't see too many celebrations from English players. I like to think that part of this was due to a lack of respect for All Blacks, but I sense that all players appreciate that there is one more step to take. Everyone seems to be on the same wavelength and realizes that the work has not yet been done. "