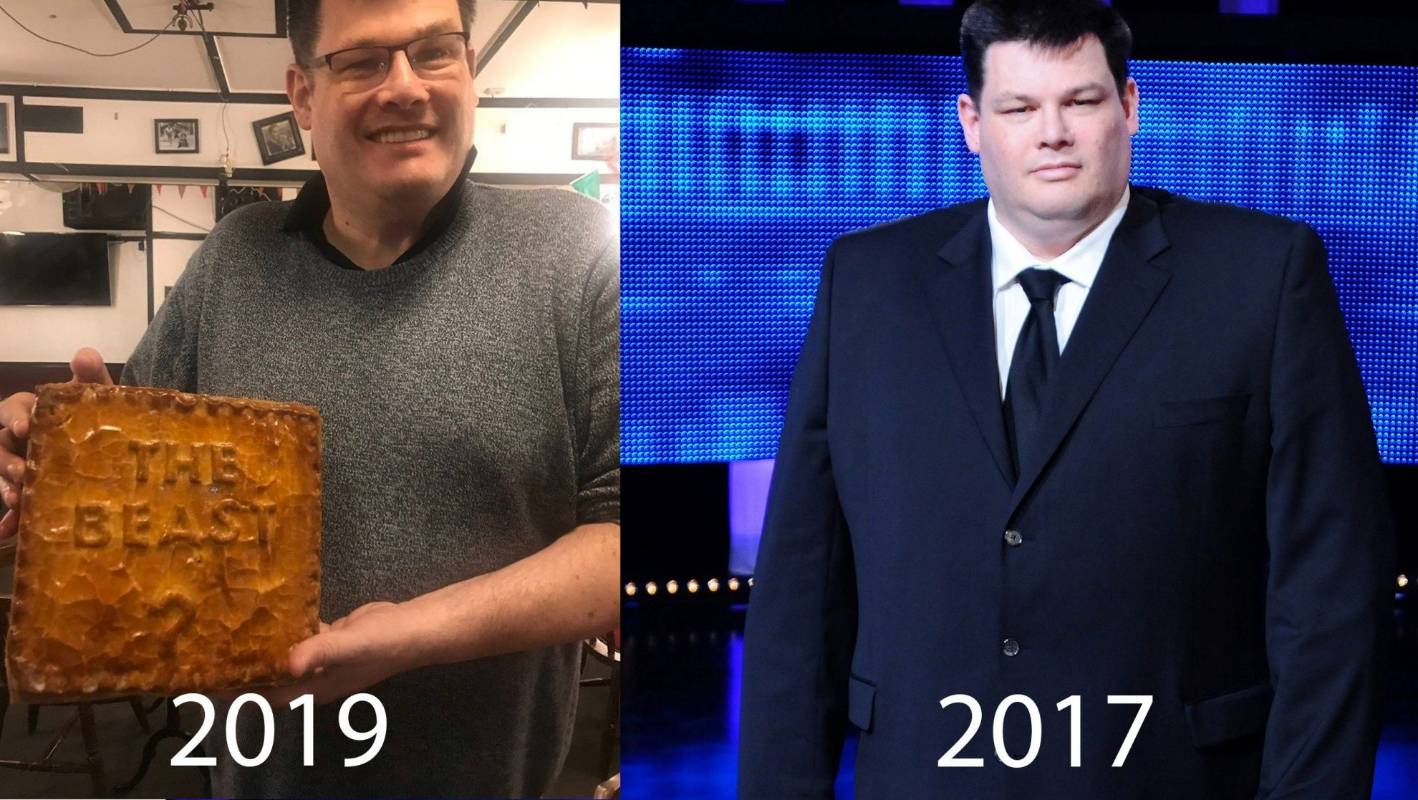 The chase star Mark "The Beast" Labbett might need to consider a new nickname – maybe "The Biggest Loser"?

The 54-year-old quiz master displayed a drastically slimmed-down figure when he made a guest appearance at a pub quiz in the English town of Teeside.

Labbett unveiled his svelte new look one month after he reconciled with his wife, Katie, after they spilt amid rumors she had had an affair.

Labbett, who stands nearly two meters tall, first chronicled his weight loss journey in February last year, when he revealed on Twitter that he had lost three stone, or nearly 20kg, after tipping the scales at over 170kg.

"So they have bought me a new suit for the show (The chase). First target achieved. "

Later that year, he spoke to English chat show Loose Women about living with a diagnosis of type two diabetes.

"I'm still eating very well – I'm just cutting out sugar because of the type two diabetes," he said, adding that he wanted to be healthy for his young son.

"But even if I'm lucky enough to push myself to non-diabetic status, I've got to treat myself as if I am am diabetic from now on. I want to be around long enough to see the little man get to university. "

Following the recent pub appearance, Labbett tweeted a photo of himself holding an oversized pie that had been gifted to him.

"Only one pie for tea," he wrote, and then later: "Starving."

The chase and its "sibling" shows The Celebrity Chase and The Chase Family all air on TVNZ 1 and consistently feature in the top five quiz shows watched by New Zealanders.