Home / norway / Cadillac ELR: There are five in Norway

Cadillac ELR: There are five in Norway 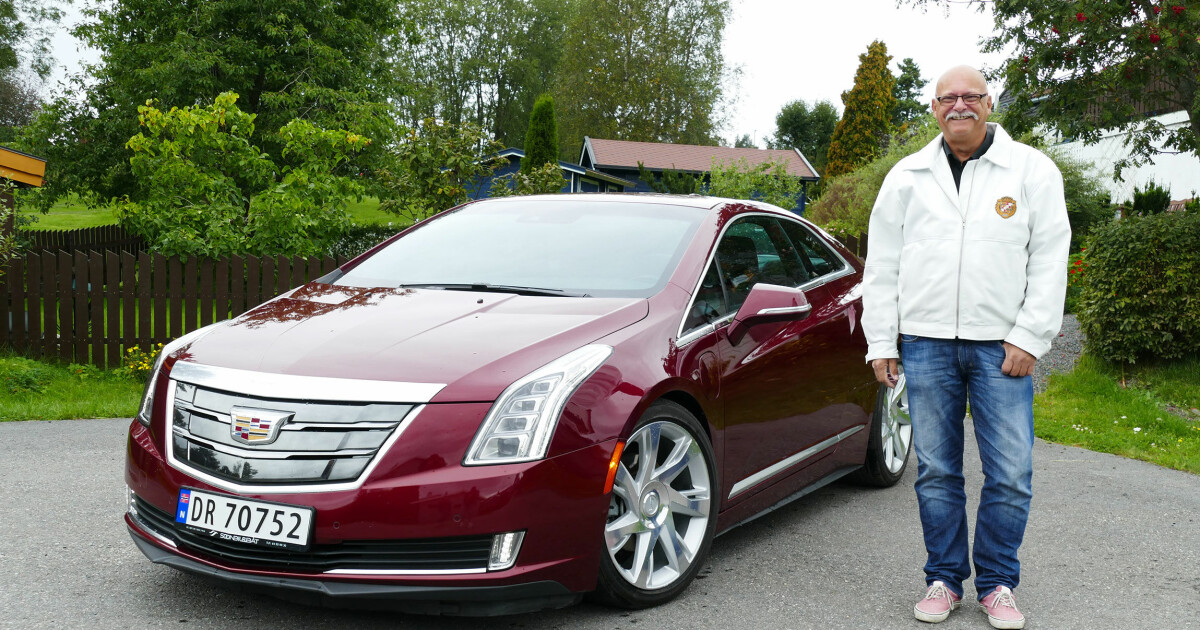 Today it has "only" six cars, in addition to two boats and several two-wheeled vehicles. Visiting Ole Bernt Jacobsen, you are easy and you never doubt where he lives.

Cars are packed here, both inside and outside the garage. The common denominator is that everyone is American, so the 61-year-old is a true enthusiast of amateurs, there is no doubt.

– It started when I was in the United States for the first time in the 1980s. I have to try out the old American one, which is a big contrast to the European cars I used to drive before. The transition was great, especially considering the size of the engine, comfort
and equipment level. I just sold it and since then I only have American cars, says Ole Bernt from Lørenskog.

The 61-year-old had under the hood mainly cars with huge V8 engines, most recently the Buick Roadmaster from 1996.

Now, however, Ole Bernt replaced eight cylinders with four. As one of the few in Norway, it purchased a rare model from Cadillac, a hybrid ELR battery.

Cadillac ELR will be in a class of its own

Not much in the world

There are only five copies in Norway, but the car is rarely located outside the country. A total of 2958 cars were produced – which debuted at the North American International Auto Show in 2013.

– Absolutely no daily view no. That's why we eventually changed Buicken. I say it's cool when the car stands out a bit, from a rather boring parking lot in Norway.

ELR was produced in the years 2013-2016. The reason why almost 3,000 cars were produced worldwide can largely be explained by the price. Even in the USA it was an expensive car in 2013.

"It's probably a combination of price and space constraints that meant there has never been a major US retailer," says Ole Bernt.

This family is crazy from cars – check this clover

Wife had to decide

The conceptual version of the car was shown exactly 10 years ago. Then under the name Cadillac Converj. A few years later, the car went into production, but the battery hybrid was therefore not a sales success for General Motors.

– It's surprisingly fast and easy to turn. But I have to admit that I'm not a big fan of hybrid or electric cars. Real gasoline and V8 are for me. So the wife clearly has a finger in it
he plays here, he says, but notes that the car works well in everyday life.

– Of course it's surprisingly good to drive. For me, who is used to old cruisers, is not familiar with low-profile tires, but then stands like a pancake in the corners, compared to the old and soft Buicken.

Test the Chevrolet Corvette: this car is as brave as Donald Trump

In addition to the newly purchased hybrid car, Ole Bernt has a garage filled with other fun cars. The oldest is the Ford Ranchero from 1959. Even more vicious are the two corvettes, one from 1973, and not only the oldest from 1961.

– Of course I really like both cars, but it's clear that there is something special about the 61 model. Finding the right model took some time, when it first appeared, I just had to turn it on.

Like all other cars in the courtyard, Ole Bernt rarely leaves peace. The car should preferably be completely lined. Therefore, the Corvette also received some improvements. Including engine.

– I have renovated the entire engine, with a new top, oil cooler and radiators. In addition, the original 4-speed transmission has been replaced by a 5-speed, so you don't have to chase the highway at high speed.

The original diagonal tires are also new and replaced with radial tires.

Driving a car with old tires was uncomfortable to put it mildly, tracking has taken on a whole new meaning. Now it's much better on the road and I like driving. What I like the most is that it is a car that you really need to drive.
It's just heavy, but I like it, concludes Ole Bernt – who is already waiting for new adventures in the 61 summer next year.

Meanwhile, the charging cable and Cadillac ELR are valid …

Chevrolet Corvette has never been faster!

This family from Modum has a very special parking lot.