During the pandemic, Orkla’s dominance in pizza is declining 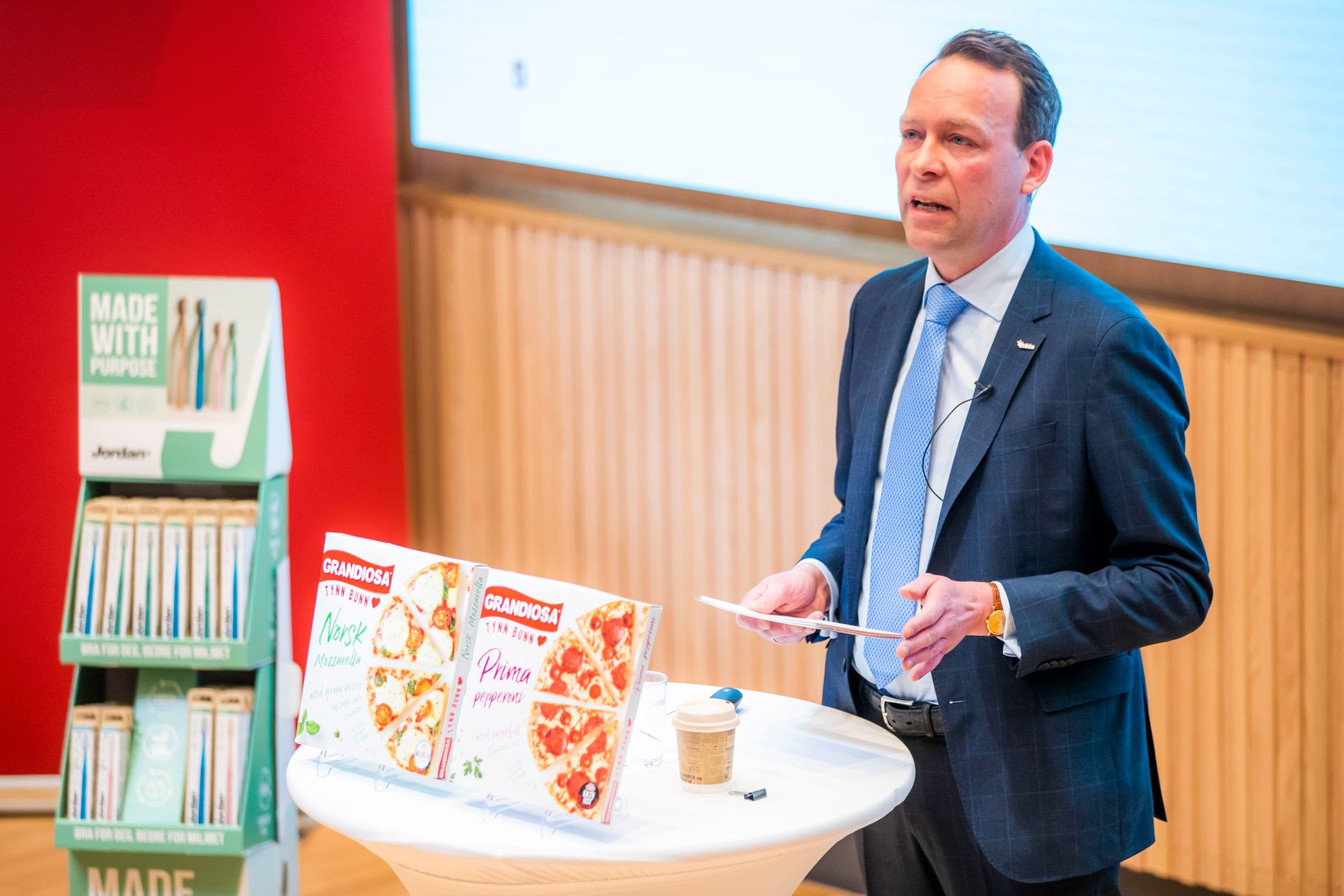 Even though most arrows point straight at Orla during the corona crisis, the group is losing market share for some of our most popular products – frozen pizza.

When the food giant released the figures on Thursday morning, there was something to be happy about for top Orkla Jaan Ivar Semlitsch.

He points to 3.8% organic growth and spice acquisitions in India.

Not only Semlitsch is satisfied, but also the market, which has been increasing Orkla’s share by 5.04% from the very beginning.

– But adjusted for the crown effect, what is the organic growth in the third quarter?

– It is impossible for us to quantify it, but we believe we still have basic growth, says Semlitsch to the E24.

Orkla with Crown Reinforcement: Increased turnover by over a billion

Orkla owns the Grandiosa and Big One brands, so it has the majority of Norwegian frozen pizza sales.

According to Nielsen, which does not publish market share data, the frozen pizza market has increased by 4.3 percent this year to NOK 1.9 billion. But Orkla, which does not itself quote quarterly market shares, is open-minded that it is not going the way you want.

– Are you losing a stake in a frozen pizza?

“Yes, we continue to grow in pizza overall, but this category enjoys more competition and we are never satisfied when we do not take market share,” says Semlitsch.

Semlitsch says competitors of both frozen and freshly made pizza are challenging Orkla. The newest contenders are Scandza and Peppes, which have occupied about eight percent of the market in a few years. According to Communication Manager Sofie Oraug-Rygh at Scandza, the company achieved a percentage market share last year and 0.2 percentage points in the third quarter.

“The new competitors sharpen us and mean we have to work even harder,” says Semlitsch.

– Were you good enough to innovate in this category?

– We believe we have introduced many innovations, including the Grandiosa with a thin bottom. At the same time, there is always a struggle for shelf space and not all of our varieties appear everywhere.

He adds that you can also experience cannibalization as Orkla comes up with new variants.

Launched on Amazon in Sweden with nine brands

– Yesterday we took off on Amazon in Sweden and received our first order at 08.35 – says Semlitsch pleased.

On Wednesday, the US trading platform was launched in Sweden, which went perfectly, we have to believe the Swedish media.

In total, the company launched 90 products under nine brands. Most of the products are found in cosmetics, personal care and healthy food, among others. Semlitsch makes it clear that proper growth will take time.

– In percentage terms, the increase will be big if you come from low levels, but in the broader perspective it will be very small for a long time.

E24 previously mentioned Orkla as one of the Norwegian companies that has its own department that deals exclusively with Amazon sales.

– But since this is a lot of interest, does it make sense to report online sales in the future?

– There may be times when we want to report more about online development. This is a strategically important area for us, which will be found in the channels where our clients are located.

Speeding up the pizza war: hope to sell a million pizzas at gas stations

(+) Ward manager Ida Bukholm withdrew her resignation but was informed that Helgeland Hospital is not accepting her. Now the medical association Rana Blad is involved

He makes the Swedish «Truls à la Hellstrøm»: – We are very proud – VG

Xiaomi presents the Poco M3 with an emphasis on the battery

– There is a pattern that the information from the chairman of the city council is at best imprecise. It’s serious.

The Norwegians make the mistake of Black Week: – It will be more expensive by several thousand crowns