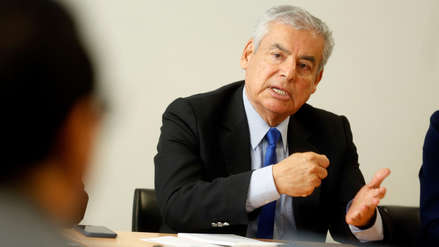 The Chairman of the Council of Ministers, César Villanueva, responded to former President of the Republic, Alan García, who attacked the executive in the afternoon, stating that the Government Martín Vizcarra threatens and blackmails institutions, and is "not democratic".

This is the second attack launched by the APRA exmandatario against the Executive Director because he accused him last Thursday of politicizing the truth because of the war against the prosecution Pedro Chávarry and imprisonment Keiko Fujimori. – Is this a coup? he asked himself García on Twitter.

– Leave him there. Nobody bothered anyone. Nothing I can say is a coup, no sense. We are still working peacefully, "he said. Villanueva to the abovementioned newspaper.