Home / peru / Independence The lawyer of the driver who caused the accident: "Drank beer with a friend" 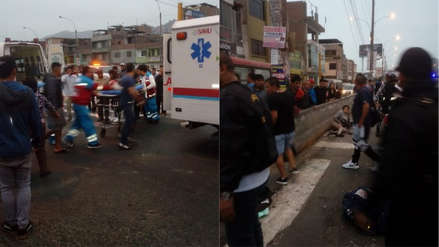 Lawyer Larry Barreto, legal defender Jorge Luis Sevilla Paredes (35), who collapsed a group of people in his car at Tupac Amaru Avenue in Independence, said that Your sponsor has confirmed that he has committed an accident under the influence of alcohol.

"He was tired because he didn't sleep all night. He was drinking beer with a friendabout six, "he told the lawyer MPC news.

Barreto also said that the car was driving Sevilla Paredes had mechanical failures which made driving difficult.

"The car you drive tends to go to the right sideThat is why the car "pulled" to the right and it happened that it "pulled" towards the place of stay. taking a nap. It looks like the facts were made when he fell asleep – he added.

Jorge Luis Sevilla overwhelmed his car with a group of people at the bus stop on Tupac Amaru Avenue in Independencia. At the end of this note two people were killed and nine were seriously injured product of this accident.