Peruvian Selection: a mural in honor of qualifying for the World Cup Russia 2018 was presented at the National Stadium 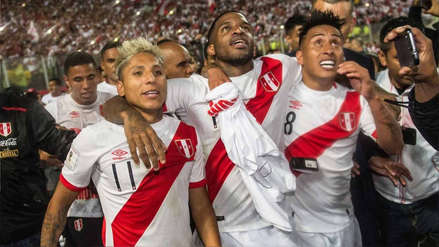 November 15 marks the year in which the Peruvian national team won a repeat in New Zealand and qualified for the World Championships 36 years later. And so, "36 years later", it is called the mural, which was presented on Tuesday at noon at the National Stadium, as a memento of this historic event.

The canvas, painted by artist Jhon Jairo Acevedo, shows Raúla Ruidíaz, Jefferson Farfán and Christian Cueve, who retire from the field after winning a remembered qualification to Russia 2018, after winning 2-0 in the NZL.

"They called me for this project, I did not think it would be a Peruvian national team, I did it with great love, and the best payment is congratulations and thanks" – said a student of Fine Arts.

The mural is located in the aisle that leads from the west to the south stand of the National Stadium, where on Thursday, at 20:30, the Peruvian National Team will celebrate the anniversary of their World Cup in Ecuador, in a friendly match.