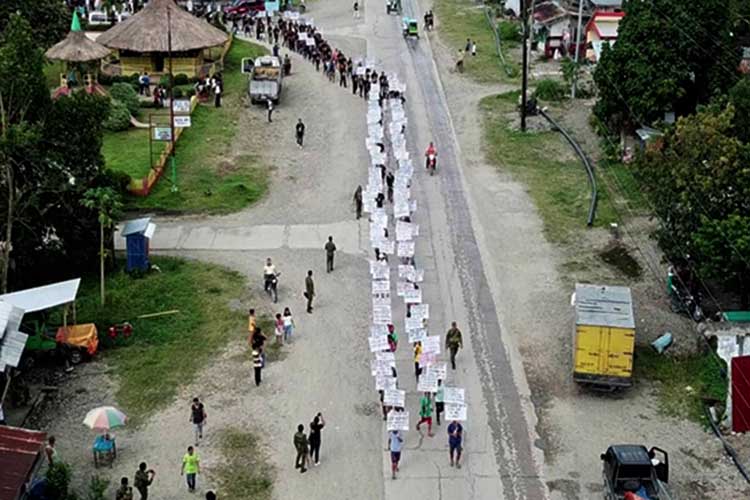 ZAMBOANGA CITY– Indeed, the rebels from the New People (NPA) and 105 supporters surrendered and denounced the NPA during a Friday rally in the province of Zamboanga del Sur.

Lt. Col. Jonathan Obena, commander of the 44th Infantry Battalion (44IB) of the Army, said that a group of NPA rebels and supporters resigned on Friday in the Bayog, Zamboanga del Sur commune.

Obena said that the rebels had turned 127 firearms at 44BB, and then they were handed over to the police for documentation.

The NPA surrenders later to join the rally held on the market square in the city of Bayog. The rally was initiated by the municipal government, civil society organizations and non-governmental organizations, Obena said.

Obane said that after the rally, there was an oath of loyalty to the government by the subjects of the NPA and supporters.

Colonel Bagnus Gaerlan, commander of the 102nd Infantry Army, said that mass surrender "is evidence of the distrust and frustration of the NPA, which hinders peace and progress in their community."

"We will constantly work with stakeholders to include them in the Enhanced Comprehensive Local Integration Program (ECLIP) of the government," added Gaerlan.

Major General Roseller Murillo, commander of the 1st Army Division, praised the efforts of army, police and local stakeholders to facilitate the surrender of the NPA rebels

"Let's give peace, we should work together for a just and lasting peace without using arms or violence," said Murillo, who is also the commander of Zampelan (commander of Zamboanga and Lanao). Teofilo Garcia, Jr / PNA-northboundasia.com