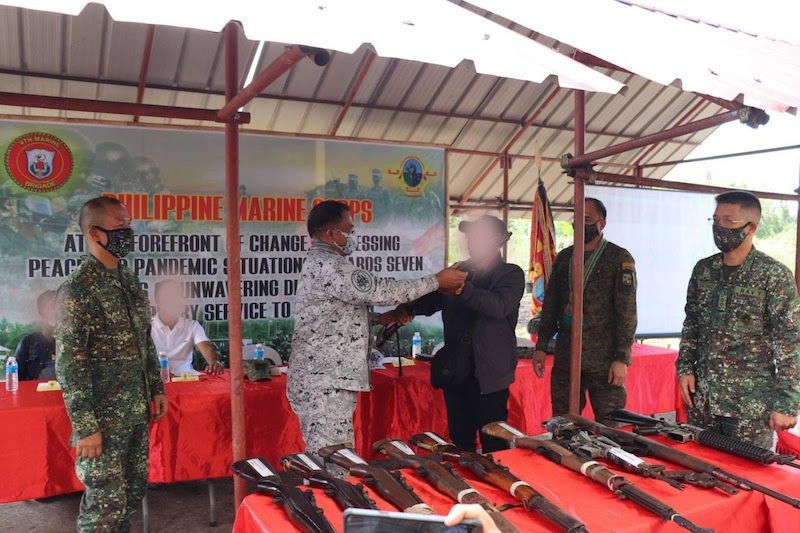 Thirty-six members of the Abu Sayyaf Group (ASG) surrendered and handed over 11 weapons to the 4th Marine Brigade stationed in Sulu on Friday 4 December 2020.

Of the 36, 29 were from the Municipality of Omar, four from Banguingui and three from Panama.

Following their surrender and the official firearms exchange ceremony, a peace alliance was signed, Major Emery Torre, a spokesman for the Philippine Marine Corps, said in a statement.

Local governments are responsible for facilitating their integration into the community through the “Return, Reform and Reintegration” aid program of the regional, provincial and municipal task force on ending local armed conflict, said Torre.