Home / poland / Accident in Bielany. The perpetrator will go to the psychiatry ward at the arrest in Lodz

Accident in Bielany. The perpetrator will go to the psychiatry ward at the arrest in Lodz 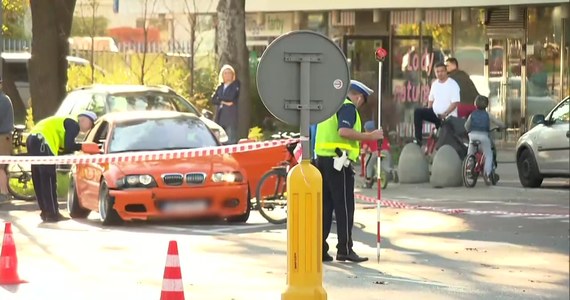 31-year-old man who caused a fatal accident on ul. Sokratesa in Bielany in Warsaw, he will be transported to the psychiatry ward at the arrest in Lodz. Krystian O. was temporarily arrested for three months by the Warsaw District Court. He was not formally detained because he was in hospital. Doctors decided that due to his mental condition he could not be in detention. Hence the decision to transport him to a psychiatry ward.

On Tuesday, the District Court in Warsaw approved the prosecution's complaint against the court's earlier decision to apply police supervision to Krystian O. He decided that the 31-year-old should be arrested for three months. Then it turned out that Krystian O. would not be arrested immediately because he was in the hospital.

Spokesperson of the capital command nadkom. Sylwester Marczak confirmed that the police got the opinion of doctors. She says that the 31-year-old cannot be in custody.

He should be in the psychiatry ward at the arrest. It is already under police supervision and a convoy is underway he informed. For the sake of Krystian's safety, O. refused to provide details.

According to unofficial information of RMF FM reporter Grzegorz Kwolek, a police convoy transports Krystian O. to a detention center in Łódź, where a specialist psychiatric ward is located.

He rushed through the city at a speed of about 130 km / h. New arrangements for a BMW driver who killed a man at a pedestrian crossing
TVN 24 / X-News

Last Sunday at Sokratesa Street in Warsaw, 31-year-old Krystian O. driving a BMW knocked a pedestrian crossing the lane. The man was wife and with a child in a pram. At the last moment, he pushed his family away. The 33-year-old died despite resuscitation.

The BMW driver heard the accusation of causing a road accident with fatal outcome and the exposure of pedestrians – a woman and her child – who are at the transition to the immediate danger of losing their lives or serious damage to health.

The suspect confessed to the alleged offense and answered questions from the lawyer. He explained that he did not remember much, added that he was blinded by the sun – informed the District Prosecutor's Office in Warsaw.

From information provided by the director of the Municipal Road Authority it resulted that Krystian O. traveled at a speed of up to 130 km / h – in built-up areas with a speed limit of 50 km / h.

Moreover, his BMW was modified to such an extent that the police doubted whether it should be allowed to enter traffic.