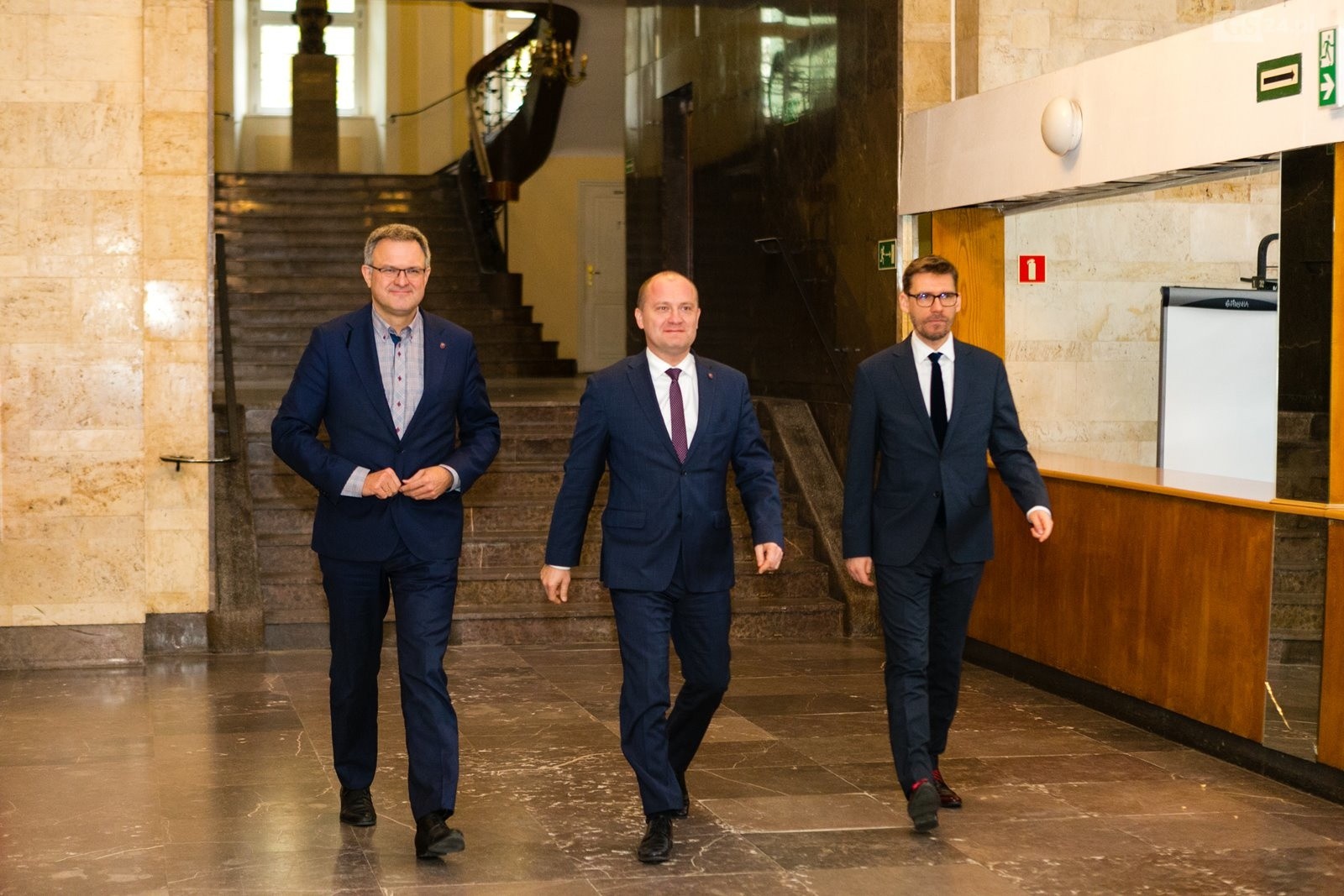 The elected President, Piotr Krzystek, who was elected for the fourth term, thanked for the confidence that voters gave him this year and he promised not to waste his trust loan.

– I would like to thank all the inhabitants of Szczecin for taking part in the elections and voting for me. Over a hundred thousand votes cast on me is a great credit of trust. I will do everything, together with my team, not to waste this trust for the next five years. It was a really strong victory. One hundred thousand voices surprised me. Probably no one in the history of Szczecin received such a number of votes – says Piotr Krzystek.

The president stressed the residents for the numerous participation in the elections and thanked Bartłomiej Sochański for the honest and substantive fight.

The priority for the first months of the new presidential term will be the completion of tenders for the construction of the Pogoń stadium and "Fabryka Wody".

– First of all, we need to prepare a budget for 2019. We will continue investments that are underway – says the president.

Piotr Krzystek did not want to reveal what coalition talks look like in the Council of the City of Szczecin and the Sejmik of the Westpomeranian Region, where possible governments depend largely on the non-party coalition with the Civic Coalition or Law and Justice.

– We will talk to all the clubs. It is difficult to say when the final of talks will take place. We will make our decision with the Non-Party Clubs in the Lubuskie and Dolnośląskie regional councils. We are partners in talks, although we are not a formal structure, we want to take this decision together.

The post-election press conference also included a declaration related to the future deputies of the president. Certainly, Krzysztof Soska, Michał Przepiera and Daniel Wacinkiewicz will be in their positions. The fate of Marcin Pawlicki depends on coalition talks.

In connection with this, Piotr Krzystek, Krzysztof Soska and Michał Przepierę will be replaced by Mirosław Żylik, Marek Kolbowicz and Maria Myśliwiec in the city council.

GS24.pl – news from Szczecin and the region