Police in Giżycko received official notices according to which a nearby offense involving burial outside the cemetery could have been committed in the nearby Fuleda: the grave of the film producer Piotr Woźniak-Starak, who died tragically in August. Notifications were submitted by the head of Giżycko and the poviat sanitary station in this city.

Today I submitted a notification to the police commander in Giżycko regarding the possibility of committing an offense involving burial outside the cemetery – Giżycka mayor Marek Jasudowicz passed on Monday, admitting that it was the grave of Piotr Woźniak-Starak, who was buried on the private estate in Fuleda.

Piotr Woźniak-Starak – millionaire, producer, celebrity. He died at the age of 39 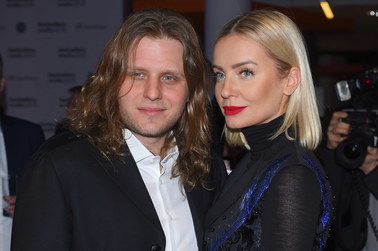 Notification regarding – as confirmed by the head of the Provincial Sanitary and Epidemiological Station in Olsztyn Janusz Dzisko – "the same issue" was also directed to the Giżycko police by the poviat sanitary officer.

Both notifications are the result of an inspection carried out by the poviat construction supervision inspector in Giżycko at the request of the head of the commune and the town hall. he stated that the burial place of Woźniak-Starak did not meet the requirements for catacombs described in the regulations.

Piotr Woźniak-Starak died on the night of August 18 in an accident on Lake Kisajno.

Investigative findings to date show that the film producer was riding a motorboat with a 27-year-old woman. During the turning maneuver they both fell into the water. The woman managed to swim alone to the shore. The divers found Wozniak-Starak's body on August 22.

District Prosecutor's Office in Olsztyn, which investigates the circumstances of the tragedy, revealed that the producer was the cause of death "acute cardiopulmonary failure resulting from massive craniocerebral trauma as a result of the sharp-edged tool".

The location and morphological characteristics of the wounds indicate that they most likely arose as a result of the activation of the speedboat propeller – stated.

The prosecutor's office also revealed that the study showed the presence of 1.7 per mil of alcohol in the blood of the producer.

By decision of the family, Piotr Woźniak-Starak was buried in the family estate in Fuleda in the commune of Giżycko.

Let's add that after the family revealed their intention to bury on a private property, the Warmian-Masurian sanitary inspector reported that the manufacturer's close relatives did not get permission to do so.

Piotr Woźniak-Starak was the stepson of Jerzy Starak – a Polish entrepreneur, listed on the lists of the richest Poles since 1990 – and son of Anna Woźniak-Starak's first marriage. Staraks manage the largest Polish pharmaceutical company Polpharma.

Piotr Woźniak-Starak managed the Watchout Studio company, which for films such as "Gods" directed by Łukasz Palkowski or "The Art of Loving. The Story of Michalina Wisłocka" directed by Maria Sadowska.

At this year's film festival in Gdynia, the last picture produced by Woźniak-Starak – "Hidden Game" by Łukasz Kośmicki stood for the race for the Golden Lions.