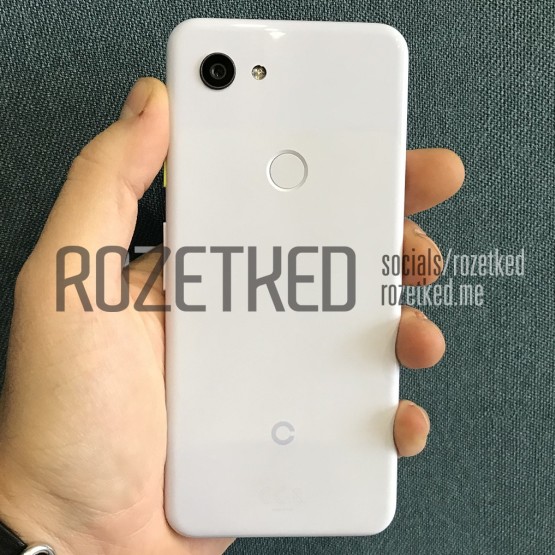 The rozetked.me website boasted that information about a Google smartphone budget code-named "Sargo" came from an anonymous source. The novelty is to be shown at the end of 2018 or the first quarter of the future.

Google Pixel 3 Lite, currently known under the codename "Sargo"is a device equipped with 5.56 inch display IPS LCD with resolution 1080 x 2220 pixels (444 ppi). The chipset is to work inside the housing Snapdragon 670 with an octa-core processor, supported by 4 GB RAM and 32 GB space for data, without the possibility of expanding it (no microSD card slot).

On the back panel, similar to other devices in the series Pixel 3, there is a single camera with a resolution 12 Mpix. The front camera takes pictures with a resolution 8 Mpix. As shown in the pictures, the upcoming smartphone has a USB-C port and 3.5mm audio jack. The battery capacity is responsible for the supply of the whole 2915 mAh.

It is expected that the smartphone will cost about $ 400-500 (around PLN 1500-1900), and its premiere may take place at the end of the promised or first quarter of next year.