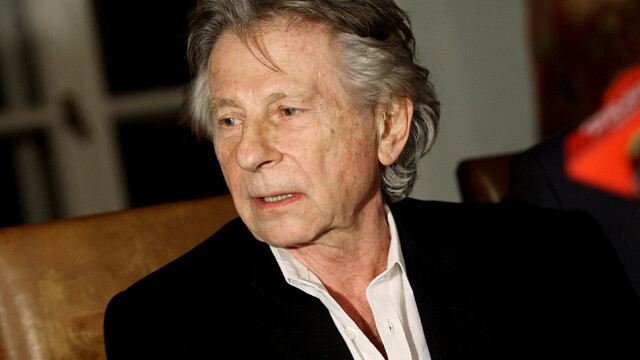 The first lady of France Brigitte Macron received two letters from Valentine Monnier regarding Roman Polanski in 2018 and 2019. This was confirmed on Saturday by the press service of the president's wife. A former model and actress accuses the director of rape.


On Friday, the French daily Le Parisien published the story of Monnier, who for the first time decided to publicly talk about the alleged rape that Polanski was supposed to commit on her.

The woman claims that the incident occurred in 1975, when she was 18, in a house in Gstaad, west of Switzerland. He emphasizes that she never decided to take the case to the police, but she decided to publicly accuse the artist in connection with the premiere of his movie "Officer and Spy" – this is a historical drama depicting the story of the French captain Alfred Dreyfus, who was wrongly accused of treason and sentenced to life imprisonment.

Monnier used to work as a model and in the 1980s she starred in several films, including in the comedy "Three Men and a Child" directed by Coline Serreau.

According to her, published by "Le Parisien", the woman had no relationship with Polanski – neither personal nor professional and she barely knew him. "It was extremely brutal, after skiing, in his cottage in Gstaad. He hit me, beat me to surrender, and later raped me," says Monnier.

Polanski's lawyer Herve Temime reported that the artist "strongly denies all allegations of rape" and stressed that these alleged events nearly 45 years ago have never been reported to the police.

A letter to the first lady

Monnier announced that – emboldened by the #MeToo social movement against perpetrators of sexual exploitation of women – she has told her story in letters to many people and institutions since 2017, including first lady or police in Los Angeles.

On Saturday, Brigitte Macron's office confirmed that in January 2018, the first lady received a letter from Monnier in which the woman complained of "no response from Secretary of State for Gender Equality and Anti-Discrimination" Marlene Schiappy, to whom she also wrote.

The first lady's press service said that Monnier had received a reply in February 2018 in which she was informed that the first lady "would not intervene in legal proceedings" and that her letter had been forwarded to Schiappa.

The secretary of state wrote back to the photographer in March 2018 by letter in which she congratulated Monnier on the courage to "break silence after 42 years". According to Schiappy's statement to the AFP, the secretary emphasized that he understood Monnier's pain, but that "from the point of view of the French justice system these acts are now time-barred."

In 2019, Monnier again wrote to the first lady in connection with the funding of the new Polański film by the Ministry of Culture. Macron's press service reports that the reply was sent in consultation with Culture Minister Frank Riester.

Chased by the Americans

Polanski, who received an Oscar in 2003 for the film "The Pianist," has been prosecuted by the US justice system since 1977, when he fled the US before pronouncing a verdict in Los Angeles in a juvenile rape case. He is accused of administering a sedative and alcohol to 19-year-old Samantha Gailey (now Geimer) in 1977, and having sexual intercourse at the home of actor Jacek Nicholson.

Under California law, sexual contact with a minor is considered rape. Pursuant to the settlement concluded at that time, Polański confessed – in exchange for rejecting other charges – to have sex with a minor. As part of this settlement, he spent 42 days in detention. Before pronouncing the sentence, however, he left the US for fear that the judge would not comply with the terms of the settlement.

In recent years, more charges of sexual assault have appeared against Polanski. In 2010, British actress Charlotte Lewis accused the director of having forced her to have sex when she was 16 years old. In turn, two years ago, a woman described by the nickname "Robin" confessed that in 1973, when she was 16 years old, Polański sexually assaulted her. Also in 2017, 61-year-old German actress Renate Langer reported to the Swiss police that a Pole had raped her in Gstaad in 1972, when she was 15; however, the case was already time-barred.

According to Polanski's lawyer, all the allegations of these three women "are unfounded."