Home / Desporto / Bruno Alves: "I had the opportunity to go to Sporting two or three years ago"

Bruno Alves: "I had the opportunity to go to Sporting two or three years ago" 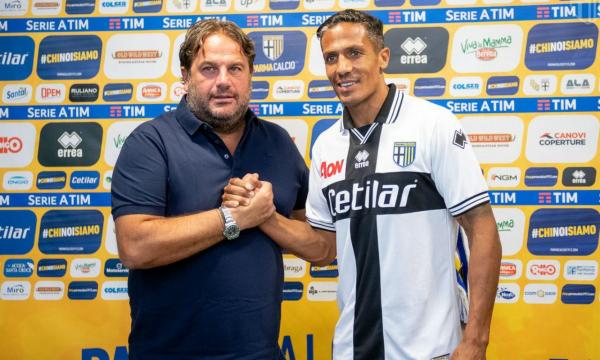 Bruno Alves has a second experience in Italy, this time in the service of Parma. At the age of 36, the defender did not close the door to a possible return to Portugal and revealed that he was close to signing a contract with Sporting a few years ago.

"It was possible to go to Sporting two or three years ago, it did not materialize, it did not result from lack of will, but it did not happen.I appreciate interest in Sporting, it's also a great club in Portugal. I value who wants me," he said SportTV.

The Portuguese stressed the "feeling" that FC Porto feels, although it does not close the door to any Portuguese club.

I think a lot about the present. I want to be healthy this year, I do not know what will happen this year. I have only one year of contract with Parma, I do not know what will happen. He never thought that after a year in Italy he would go to Scotland and then come back. I want to stay focused to see how everything works and for a year to see how things are. FC Porto has always been my heart. I have had the best moments in my career and I can not hide my feelings for the club. I had the opportunity to return to FC Porto a few years ago, but I thought it was not the right moment. Football is full of surprises, but if I returned, I would like to play for FC Porto – he confided.

Bruno Alves was one of Fernando Santos' candidates for the 2018 World Cup, but he did not play any matches. From the tournament in Russia, Parma's international defender in 96 cases was never appointed, although he did not close the door to selection.

«My ambition is to be good in my club. I am available for the national team. I am and I was very happy when I was in the national team. I was at three European Championships and three World Championships, I feel satisfied. I've never thought about doing so many games for the national team and being in such important moments. I feel that my passage through Seleção was very important, but like everything in life, we must accept the hardness of things. Renewal is normal. I'm doing good mastery, I'm helping my team and I'm always ready to help my country, "he said.

After several years of division of the club, Bruno Alves participates in the same competition as Cristiano Ronaldo, employed last summer by Juventus. They both met twice, according to the Portuguese center.

"I had the opportunity to be with him at the end of Parma-Juventus, I went to Juve and had a few minutes to talk in. I also had the opportunity to accompany him during the presentation in Turin, it was special, it was a closed moment and it was important, I feel very proud and happy with what he receives, "he said.

Alves also assumed that differences in the championship of Italy before and after the arrival of CR7 are notorious.

«The appearance of Ronaldo has significantly changed the visibility of the championships and even the number of people who go to the stadiums. The stadiums already had many people, but now all stadiums where Cristiano goes for stockings are running out. For us, the Portuguese are pride. He raises our flag and opens the door for many Portuguese. (…) Cristiano has achieved a fantastic level, he is proud that he has made so many selection games with him, and now he is arguing with him for the championship. It is pride to see what he is doing for Portugal, "he concluded.

Bruno Alves arrived in Parma this season, he caught the captain's armband and an eleven-place place in the historical transalpine emblem, playing all the matches so far in Serie A.