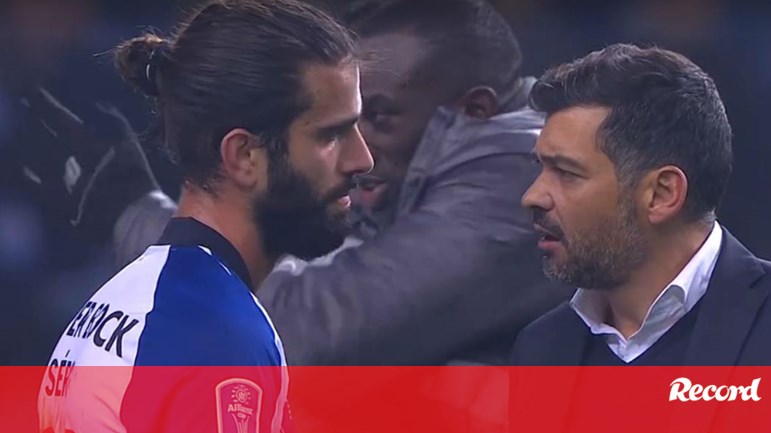 Sérgio Oliveira made a mistake in the game against Varzim, but Sérgio Conceição guaranteed that he did not put his ear to the player. The coach says he spoke to the midfielder at the end of the session to tell him something his children did not often say: "I love you"
"The next day I was shocked to see that without talking to me without knowing what I was doing, it was like in other times, in difficult times, to always play with the players, I told Sergio, regardless of what was happening – in the past two or three weeks I was in a ghost that was not too positive – I trusted him completely and liked him.You can confirm it.I hugged you then.We started the amena cavaqueira in the spotlight, that's true. Sergio, in a difficult time For a player who was negative, he handed him his hand and told you to support him, tell him, "I love you." What is not easy is my children complaining, "said the coach.

And what can Conceição do now help Sérgio Oliveira? "This player has to do more, have to show this support, I have to work in such a way that Sergio is better and I have to do the part that works with the maximum effort in the training, positive, others are less positive and sometimes strategically is the coach to help him adjust to the level he has spent many times in the past season, the player who calls himself a team. "

Thanks to the Varzim game, the coach could use players who did not always have the first choice. "To take on this team, players are less likely to use this game because I trusted it very much, even though the game is decisive for me, my confidence is still the same for all members of the team that they could do more, than they did and I told them.

Sérgio Conceição believes that this season's championship is more balanced. "I think it's difficult to start the season as it was last season, I was given the opportunity to say that it was a championship where the champion and runner-up will not end up like last year. This is a little more competitive championship. "

In the Saturday match with Marítimo, Sérgio does not attach much importance to the position occupied by the islanders at the tournament table (11). "Maritim is examined individually, the results do not show the individual quality, collectively I can not say they were like last year, but it's always a tough game."