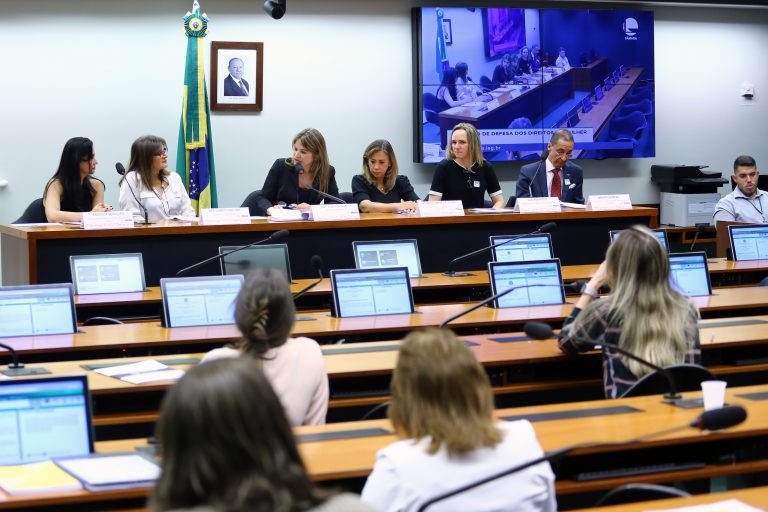 During a public hearing held on Wednesday (30) in the Committee on the Defense of Women's Rights, the debaters defended the implementation of measures to extend HPV vaccination in that country.

Five years after the Ministry of Health's inclusion in the national vaccination program in 2014, HPV vaccination is still far from achieving its intended effectiveness.

Whether due to poor dissemination of information about diseases that the vaccine can prevent, parental taboos against vaccination campaigns or a possible relationship between the HPV vaccine and early teen sexuality, or due to insufficient involvement of state and municipal entities. in national preventive policy.

The HPV vaccine is available free of charge at 36,000 health centers in the country to girls from 9 to 14 years old and boys from 11 to 14 years old in two doses six months apart. But it is far from reaching the target audience to prevent future diseases, especially cervical cancer in women.

The representative of the Ministry of Health at the hearing, Ana Goretti Maranhão, regretted that the demand for the vaccine is still low. "The second dose leaves a lot to be desired. We have 52% of vaccinated girls and boys, not 25%. There is a lot of work to be done not only by the Ministry of Health, state and municipal secretariats, but also by the whole of society. To inform you about the public health problem and the importance of vaccinating our teenagers. It's a very safe vaccine, he said.

Preventive campaigns
In the case of Flavia Morais (PDT-GO), who asked for an interview, it is necessary to face taboos and gather family and public responsibilities to extend HPV prevention.

Representative Erika Kokay (PT-DF) suggested that the Women's Rights Committee would prepare a publication so that people could better know what the vaccine presents. She remembered the taboos she had to deal with when working with girls in federal district schools in the past in government.

"At that time, we felt a lot of resistance from fundamentalist segments who thought it meant incitement to early sexuality. Many families organize themselves to prevent daughters from being vaccinated. Which was a challenge to face this discussion, "said the deputy.

For the president of the Brazilian Society of Sexual Diseases Mauro Romero Passos, HPV vaccination campaigns should be accompanied by debates on sexuality.

morbidity
According to the data of the Brazilian Oncology Society, cervical cancer is currently the third cause of cancer in women in this country. Each year, 16,000 new cases are recorded. Around 300,000 women are killed each year worldwide, a worldwide public health problem.

Contamination by objects, use of the toilet and pool or sharing of towels and underwear has not been proven.

For the representative of the Brazilian Cancer Society, Angelika Nogueira, cervical cancer is a public health problem that should no longer exist given the vaccine's effectiveness.

According to Angelika, the incidence of cancer caused by HPV is stable in the country, but there are regional differences. In the northern part of the country it is still higher in women, surpassing breast cancer.