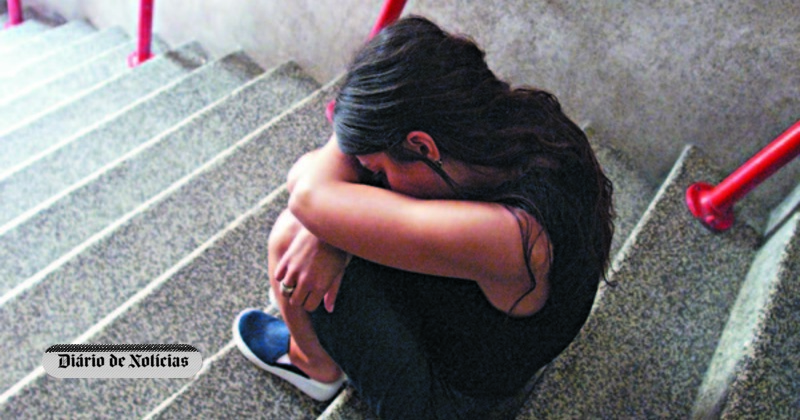 It is much more than just a headache, it's overpowering, and its impact on the lives of patients is (still) devalued in society. The results indicate that 80% of Portuguese migraine sufferers feel limited in their daily tasks, and half of them do not have an average of 3.8 days per month to work, says a global analysis involving 11,000 people from 31 countries, including Portugal, which will be published on Thursday and Friday, 15 and 16 November, at the neurological congress in Porto.

The My Migraine Voice study, in which 143 patients from Portugal participated, shows how much this disease affects the personal and professional lives of people with migraine. Patients with severe migraines are required, more than half, 54% reported a misunderstanding on the part of others, 43% showed impotence in the face of illness and 40% depression. Almost all participants (95%) report difficulties in falling asleep, as well as the need for longer periods in the dark or isolated during a migraine attack.

Promoted by the European Migraine Headache Alliance, the study included patients with at least four migraine attacks per month in the three months before the global survey – almost 90% had at least one prophylactic treatment. "This is an important study because patients are trying to transfer migraine to the rest of society," says neuroscientist Raquel Gil-Gouveia, a member of the Portuguese Headache Society. And they should be around "100,000 Portuguese people" who suffer from migraines every day, he says, based on a 1995 study.

The impact of disease on work

Of the Portuguese, who suffer from severe migraines, work an average of half a day and a half a day. Of the total number of respondents in the global study, an average of 60% are absent 4.6 days a month at work, and the productivity is halved. "The opposite is true when people have a crisis over the weekend and are happy because instead of wasting a day's work, they lose a weekend day," says neuroscientist Raquel Gil-Gouveia. For "people with a high impact of the disease it is very difficult to maintain a job," he believes.

Reflected in personal and social life

More than half of patients with severe migraine (54%) reported a misunderstanding on the part of others, and 43% expressed a feeling of impotence in the face of the disease. The impact of the disease is great at work, which is reflected in other areas of the patient's life. "People who have a big impact on the disease have a higher divorce rate, greater insecurity of employment, less career development, lower wages, because they naturally can not maintain activity on a normal level every day of their life. , they have to go to sleep, they can not perform their tasks in professional, family and social terms "- explains the neurologist.

"They're very common in these patients," says Raquel Gil-Gouveia. For 40% of respondents in the My Migraine Voice study, migraines generate depression. Disability of the disease also interferes mentally because of the reflexes that the crisis has in their lives. "A person who can not function or operate at a very limited level for at least one day has problems with people who do not understand," Raquel Gil-Gouveia said.

A medical neurologist gives an example of how strong this disease can be in women with children. "It is very painful for mothers because they can not support childrenthey can not have the time they want with each other, they can not respond when they need, "he says. Live with all this, at work, not being able to perform duties, co-workers and bosses who sometimes do not understand, in the family, friends who, because they always have headaches, no longer invite. These are all aspects that will have a negative impact on self-esteem, mood, anxiety, "explains the neurologist." The person has a lifetime to live and the disease steals time in your life. It is very difficult, people have many crises, they also often become restless and depressed, which further aggravates the pain.".

The main complaints in the office

What are the main complaints that the medical neurologist Raquel Gil-Gouveia hears in his office? "What people want, control pain, have the fewest days with pain in their lives," begins with the answer. But there are other ailments that go beyond pain and go through the inability that it brings. "There are many complaints that have a lot to do with misunderstanding of this disease, and often are unable to develop strategies to deal with such situations."

People suffering from migraine often feel the devaluation of society in the face of illness. "People sometimes say," Oh, it's just a headache, take everything that passes, why do not you react, why do not you try to improve? ""In the context of work, the same thing happens." Sometimes they are perceived by their colleagues as lazy: "Ah, he was in pain and soon he is at home."

In fact, a misunderstanding at work is one of the recurring complaints that a neurologist hears in his visits. "There is of course a component of disease control, pain and ailments related to the disease, nausea, pain, difficulty concentrating, but there is also an element of daily management, which becomes very difficult because of this social stigma about migraine, that it is a small disease, without implications, easy to learn, which is not always true. "

"This is a neurological disease, conditioned by functional changes in the brain." It is characterized by intense headaches and recurrent crises and is associated with other symptoms, such as intolerance to smell, sound, "nausea, vomiting, lack of appetite, concentration". "Some people even have periods in which they stop seeing, stop feeling part of the body, talking, expressing words," says the neurologist. "It's a chronic disease when you have it, you never have it, it's for life."

How long does the crisis last?

"By definition, they last from 4 to 72 hours [três dias] and repeated successively throughout the life of a person with a certain frequency, which may be different, may be one or two times a week, more often than once a month. It's not always the same, "explains neuroscientist Raquel Gil-Gouveia." On average, each crisis lasts 35 hours in the general population.

About 100,000 Portuguese suffer from migraine every day

The estimate is based on a 1995 prevalence survey, "explains Raquel Gil-Gouveia of the Portuguese Headache Society, which points to" around 10% of the Portuguese population, a million people "suffering from migraine. . Over 20 years after this trial, the incidence of the disease should be around 10/15%.

"Even with a 10% prevalence, we have a million migraines in Portugal and if we take into account that each person has an average of two crises lasting one and a half days, he gives three million crises per month, which gives 100,000 days each day," counts.

When does migraine appear?

It occurs more often in women. Why?

The hormonal question. Estrogens increase and exacerbate the disease. "Women not only get sick more often, but more often than men, they control the crises more intensively and more difficultly".

"There is a genetic component that determines how our brain works, and which is the main cause." The second most important factor that determines the appearance is the hormone. "

Minimize the effects of the disease

"We have family strategies, medicines, there are several types, some control pain when they come, and others try not to have so many headaches," explains Raquel Gil-Gouveia. But the doctor also has strategies to better manage the impact of this pathology on the patient who can go through the work of medicine to adjust the function and routine of the employee to the disease.

This is a public health problem

"The World Health Organization (WHO) annually tests the Global Burden of Disease on the annual disease burden in the world. The latest data we have is 2016, and migraine is the second most common cause of disability in the world."