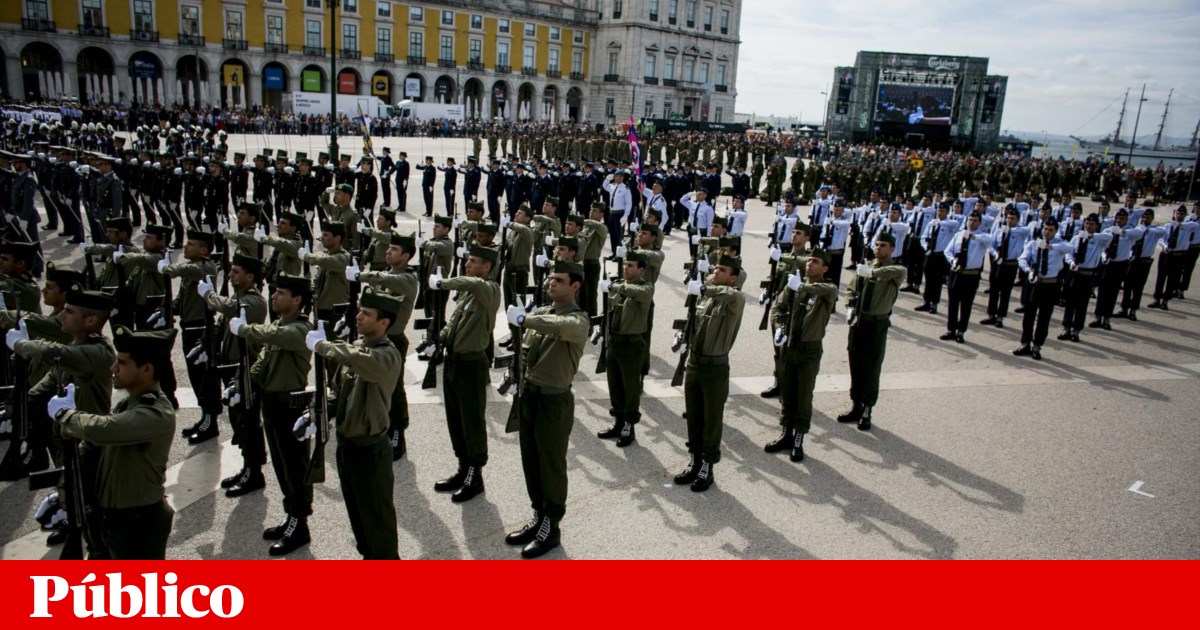 On the occasion of the 100th anniversary of the Armistice Day ending World War I, in which more than 7,000 Portuguese died, this Sunday in the streets of Lisbon is the largest military march in democracy.

More than 4,500 men and women from all parts of the armed forces, GNR and PSP, at Avenida da Liberdade, have a solemn ceremony aimed at "respecting peace and respecting the memory of all those who fought and died to the motherland ". The ceremony extends to the Tagus River, where more than 200 soldiers will be in the frigate and an ocean liner docked in front of Terreiro do Paço.

In order to ensure that the Sunday parade is equal to that of 10 June of the year when Ponta Delgada's military parade in the Azores reported 1300 armed forces and men.

"When 100 years have elapsed since the end of the war, we would like to pay tribute to the more than 100,000 Portuguese who have participated in this conflict, with special regard to the memory of more than 7,500 people who fall for the nation, a real sacrifice for the nation," said PUBLIC Commander-in-Chief of the Armed Forces (CEMGFA), Almirante António Silva Ribeiro.

The Avenida da Liberdade, a ceremony commemorating at 11 am, which will cause huge traffic disruption in downtown, will have 3,437 armed forces, 390 GNR military personnel, 390 PSP officers, 160 former combatants and 80 military personnel. foreign forces (Germany, United States, France and the United Kingdom) and 180 military dormitories and students of the army. In addition, an additional 200 men received logistical support and a few hundred confirmations in several units that sneaked many portraits from Lisbon on Saturday from various parts of the country.

At the ceremony there are 111 warships and bicycles with security forces, 86 horses, 78 armed forces, 11 aircraft, and two ships at Tejo.

For CEMGFA, "preserving memory should be seen as an act of citizenship that brings knowledge and teachings to younger generations, contributing to a strong sense of national pride that will help to face the future." "The Portuguese participation in the Great War undoubtedly hymns patriotism, the will of the nation and of a people, which, as always in our history, has never returned to the disadvantage," he added.

António Silva Ribeiro also said that the ceremony is a "symbolic moment for the Portuguese to approach the armed forces, but also for GNR and PSP, who have contributed to a number of peace missions around the world over the years." "The well-known armed forces will be even more prestigious and the Portuguese will be better nurtured," he said.

On the 10th and 11th occasions, Marcelo Rebelo de Sousa traveled to Paris to attend the invasion of the Armistice Centervary of the First World War, to the invitation of Emmanuel Macron, President of the French Republic.

I subscribe to newsletters for free and receive the best and Público's deepest work to this day.


Portugal participated in the first great war with the allies and sent the Portuguese expeditionary corps to the western front in 1917.