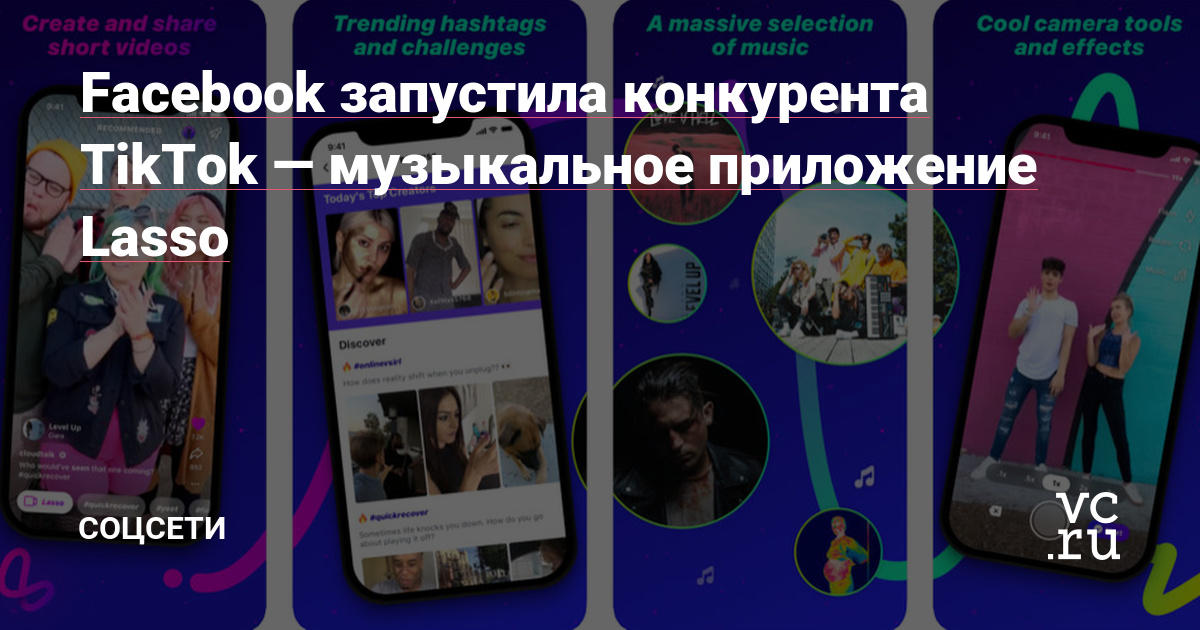 The company wants to draw the attention of young people to their services.

On November 10, Facebook launched the Lasso app for iOS and Android. Thanks to this, users can record dances and songs under the phonogram and share 15-second movies. For this purpose Lasso has a large music library and tools for applying effects, for example speed control or slow-mo.

In Lasso, you can subscribe to the creators of videos, search for content using hashtags and the Discover page, just like Instagram. Also in the application there is a page of the best authors of the movie for a given day.

You can log in to Lasso on Instagram or Facebook, which according to the company will help to better tailor the content to the interests of users. The application allows you to publish movies on Facebook Stories, and in the future will be added support for importing them to Instagram Stories.

Publication Verge notes that Lasso previously worked in a closed beta, because the site already has a lot of content and users. The company did not issue a press release and did not publish it with the Lasso announcement, limiting itself to tweets from the Facebook and Lasso product manager.

Journalists Verge and TechCrunch doubt whether Facebook will succeed with Lasso. The company competes with the successful TikTok, which exists since 2016 and swallowed a large competitor Musical.ly with a 200 million audience. Lasso works from scratch, and Facebook will have to convince users to download.