The best-paid singer according to Forbes was Katy Perry 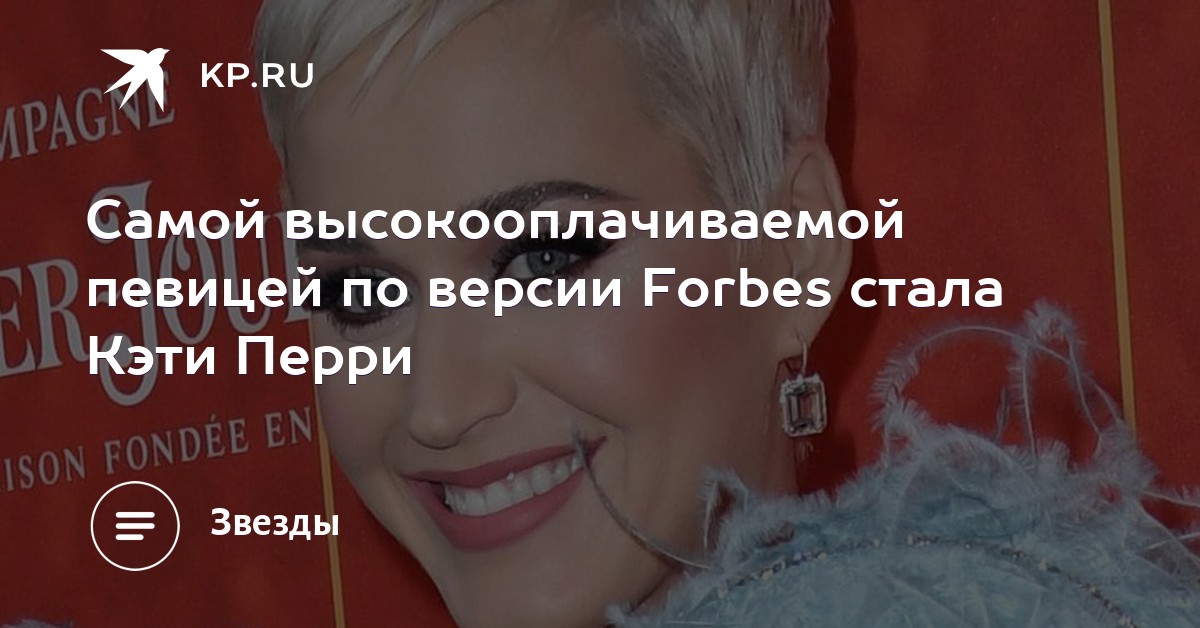 The best paid singer this year, according to Forbes magazine, was the American popular singer Katy Perry, who last year was only on the ninth line of the ranking. As the newspaper writes, winning the first place on this prestigious list helped her on the tour Witness: The Tour, during which the singer earned 83 million dollars and won the highest ratings of the richest pop stars in the world.

It's in second place Taylor Swift, whose income Forbes was estimated at 80 million dollars. According to the diaries, her wallet has been seriously supplemented with the Reputation album. Only in the first week after the release, about two million copies were sold.

Closes the top three leaders of the best-paid vocalist Beyonce. She made $ 60 million this year with rare concerts and a new album that she recorded with her husband Jay-Z. The publication notes that most of the time in the year going out, Beyoncé devoted to the upbringing of children.

In the fourth line of the rating is singer Pink with an income of 52 million dollars, and the fifth took Lady Gaga, who this year earned 50 million dollars. In addition, the ten richest singers in the world are Jennifer Lopez, Rihanna, Helena Fisher, Celine Dion and Britney Spears.

Recall, as previously reported on the kp.ru website, Forbes Halloween published an annual score of 13 highest-paid "dead stars". The first line is traditionally occupied by Michael the King of Pop jackson.

The best horrors in history have been named