"Family and diabetes" .. Logo raised by the International Diabetes Day 2018 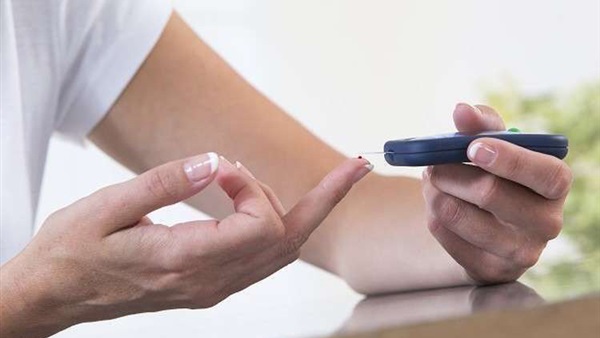 The World Health Organization and its partners celebrate on Wednesday the World Day of Diabetes, the theme of which is "Family and Diabetes", whose theme is to raise awareness about the impact of diabetes on the family and network of affected people; Diabetes.

The logo has been selected by the International Diabetes Federation and will last for two years (2018 – 2019). According to the International Diabetes Federation, more than 425 million people are currently suffering from diabetes, most of these cases are type 2 diabetes, which can largely prevent regular physical activity, a healthy and balanced diet, promoting a healthy living environment, and households play a key role in dealing with risk factors for type 2 diabetes and must be equipped with education, resources and the environment to lead a healthy lifestyle.

On December 20, 2006, the United Nations General Assembly adopted resolution 61/225 to announce on November 14 each year the World Diabetes Day that it recognize the urgent need for multilateral efforts to promote and improve human health and access to treatment and education in care care.

Diabetes is defined as a chronic disease that occurs when the pancreas does not make enough insulin or when the body is unable to use insulin effectively. Insulin is a hormone that regulates blood sugar levels. Hyperidemia or hyperglycemia is one of the effects. The cause is uncontrollable diabetes, which over time leads to serious damage to many organs, especially nerves and blood vessels.

Diabetes is divided into several types, type 1 diabetes (previously known as insulin-dependent diabetes or diabetes that begins in young people or children) and is characterized by insulin deficiency, requires daily insulin delivery, the cause of diabetes is not known Type 1, which can not be prevent using current knowledge Symptoms of this disease are: excessive urination, thirst, persistent hunger, weight loss, changes in vision and fatigue.

The second type of diabetes (previously referred to as insulin-dependent diabetes mellitus or adult diabetes) occurs because of ineffective use of insulin, mainly due to hyperactivity and lack of physical activity. Symptoms of this type are similar to those of type 1, but it may be less obvious often, so the disease can be diagnosed several years after the onset of symptoms, that is after complications, and this type of diabetes until recently was encountered only in adults, but nowadays children too.

Reports of diabetes suggest that over time can cause damage to the heart, blood vessels, eyes, kidneys and nerves. The risk of heart attacks and strokes is two or three times higher than the risk of diabetes. Blood flow and neuropathy (nerve damage) in feet, increased risk of foot ulceration and infection, and eventually need amputation, diabetic retinopathy is the main cause of blindness and occurs as a result of accumulation of consciousness in the long-term 2.6% of cases of blindness in the world can be attributed to diabetes, which is also the main cause of kidney failure.

It has been found that family support in the treatment of diabetes has a significant impact on improving the health of diabetics, so it is important that diabetes education and self-control support be available to all diabetics and their families to reduce the emotional impact of the disease, which may lead to a deterioration of quality life. The World Health Organization claims that diabetes will become the seventh leading cause of death in 2030.

The cost of diabetes, amounting to $ 327 billion, revealed the total cost of diabetes diagnosed in the United States in 2017: $ 237 billion for direct medical costs, $ 90 billion for low productivity, average medical expenses for people with high diabetes 2.3 times higher than expenses that would be in the absence of diabetes.

The Federation reports that diabetes can be prevented or reduced by maintaining the effectiveness of simple lifestyle measures to prevent or delay type 2 diabetes. To help prevent type 2 diabetes and its complications, people should work to achieve Physical activity – at least 30 minutes moderate and regular physical activity most days a week, weight control requires more physical activity, a healthy diet includes 3 to 5 servings of daily fruit and vegetables, reducing the consumption of sugar and saturated fat, avoiding the use of tobacco, smoking increases the risk of cardiovascular disease.