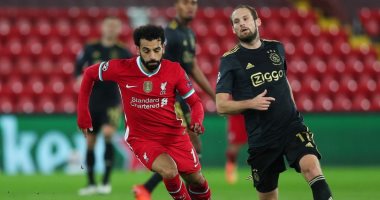 Liverpool, the professional footballer, will host national team star Mohamed Salah, his Wolverhampton counterpart, at Anfield at 21:15 today Sunday for a Premier League tenth round match with 2,000 spectators.

German coach Juergen Klopp is entering the game against Wolverhampton tonight, hoping to win, scoring 3 valuable points, bringing him closer to regaining the top of the Premier League table, where he is currently separated from the top spot at Tottenham Hotspur with the only goal difference.

The Liverpool captain hopes to use the ground factor and the presence of fans for the first time since March 11 to present a strong match and win a valuable victory.

On the other hand, Wolverhampton is entering the game in good spirits after beating Arsenal in the final round of the tournament with the wolves hoping to win over the hosts to bolster their surprising season.

Liverpool are second in the Premier League standings with 21 points for goal difference from the Tottenham leader, while Wolverhampton is seventh with 17 points.