Victory threatens the stability of the Crescent Moon. Loud surprise about Lucescu’s future 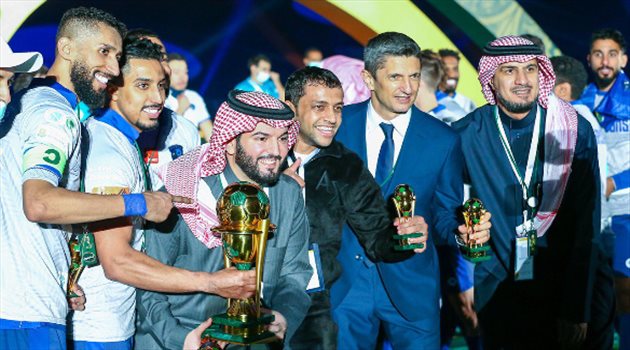 It seems that the state of stability, victories and tournaments that Al Hilal is currently experiencing are at risk in the coming period due to the future of one of the most important and distinctive elements of Al Zaeem’s first soccer team.

Al-Hilal, under the leadership of Romanian Lucescu, technical director of Al-Hilal, won the historic three, the AFC Champions League, the Prince Mohammed Bin Salman Professional League and the Cup of the Custodian of the Two Holy Mosques.

And “Pro Sport” exploded with a loud surprise after it was revealed that the Romanian club Cluj had made Lucescu a proposal to take over the technical management of the team after the dismissal of compatriot Dan Petresco.

The newspaper said Cluj had proposed to Lucescu the Petresco succession in the coming period, noting that coach Al Hilal had not rejected initial negotiations with him.

She added that Lucescu had requested financial guarantees related to the annual salary and duration of the contract, which had not been agreed and terminated, and that the Romanian coach would continue to work with Al Hilal.

It is noteworthy that Al-Nasr has become the most prominent club seeking a contract with Dan Petresco following his departure from Cluj, Romania, prompting his management to attempt to secure Lucescu’s services following his successive successes in the leagues in which he was present, be it in Greece or in Saudi Arabia.