Candidate for the café: Former ministers and athletes support Me Senghor 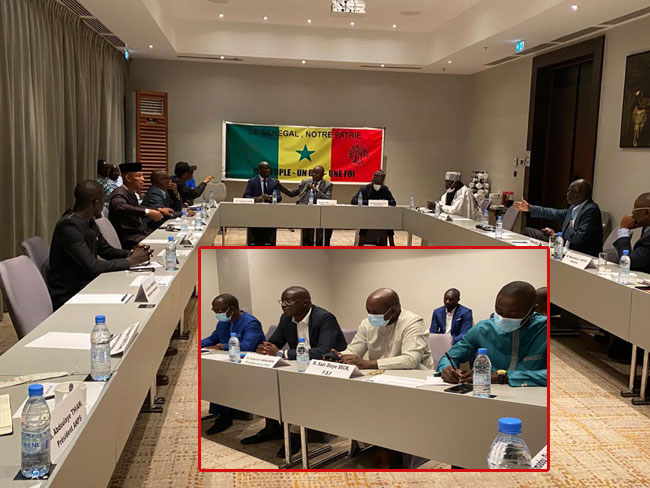 A support committee for me Augustin Senghor was set up in Dakar on Monday. Former Senegalese sports ministers and other sports and cultural figures met the current president of the Senegalese Football Association, who was running for the café’s presidency. Me Senghor was present, surrounded by his closest collaborators.
Among the people present are Matar Ba (Minister of Sport), Souleymane Ndéné Ndiaye (former Prime Minister), Abdoulaye Makhtar Diop (former Minister of Sport and Vice-President of the National Assembly), Mbagnick Ndiaye (former Minister). , Mamadou Lamine Keïta (Former Minister), Malick Gackou (Former Minister), Serigne Mbacké Ndiaye (Former Minister), El Hadji Diouf, Former International, Architect Pierre Goudiaby Atepa, Artist Youssou Ndour, President of the Federation of Taekwondo, Balla Dièye and Olympic Champion Amadou Dia Ba.
The current Senegalese head of sport, who initiated this project to set up a support committee, will soon have an appointment with the press. This next meeting will certainly be about the formal establishment of the members of the Support Committee and its program of activities to start the “campaign” for the election of Ahmad’s successor. , suspended from Fifa. The elections stalled in March 2021 with four candidates: Jacques Anouma from Côte d’Ivoire, the South African Patrice Motsepe, the Mauritanian Ahmed Yahya and the Senegalese Augustin Senghor.