Salif Sadio: “The war is not over yet. I swore I would never marry until …” 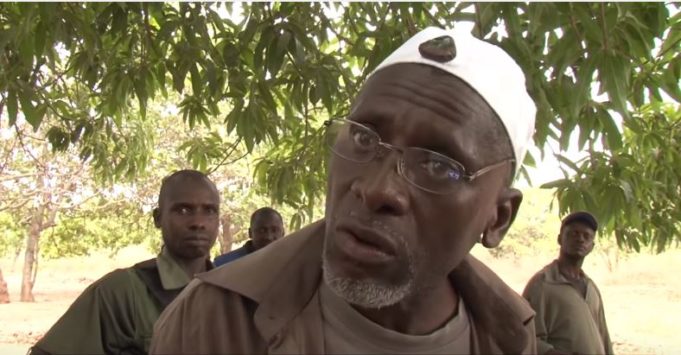 Salif Sadio is still talking about him. This time he spoke to a Gambian medium, Revolution tv. Salif Sadio speaks of his project for independence from Casamance and is more than determined to defend the idea to the last breath.

“Gambia must beware of Senegal”

“Even after he released the prisoners of war to Yahya Jammeh, he never sent anyone to thank us. Only the Red Cross encouraged us to treat prisoners of war with compassion. I have released eight prisoners. The Senegalese were so excited that they sent a plane with eight ministers – one minister for each prisoner (laughs) – to thank Yahya Jammeh. So Yahya Jammeh helped Senegal and not the Mfdc. The Gambia should beware of Senegal. Senegal has always said that it is Gambia that is fueling the flames of the separatist uprising in Casamance. “.

“I can say that all of Casamance is behind the Mfdc because people are angry about our relationship with Senegal. If a king sends a slave to enslave other people, they will suffer a worse fate than even the slave. After the resurrection of the Mfdc in 1982, the whole of Casamance rose up due to the massacre committed by the Senegalese armed forces.

The Europeans wanted to keep Casamance

Senghor was in a dilemma

“The war is not over yet! We signed an agreement. The first letters from Casamance were sent to President Senghor. He knew the truth. He admitted that Casamance is a country of its own, but he found himself in a dilemma because if he rejected Casamance’s demands there would be war and if he granted them their wish Senegal would die. He therefore resigned and gave the floor to Abdou Diouf. “

I am over 60 but not married

«It’s not over today and it won’t end tomorrow. We’ll go all the way. The day the fighting ends is the day Senegal leaves the country of Casamance. Look at my beards, I’m over 60 but not married. I swore I won’t get married until we get our land back. The government of Gambia and the Mfdc of Salif Sadio have never seen, met or complimented. They call me a rebel, but I am a freedom fighter and during my struggle the Gambian government never came here. My brothers and sisters have children, some have grown up, but Salif Sadio has no children! I don’t have time to be a couple. It doesn’t cross my mind. I have no children in Casamance or anywhere else in the four corners of the world. It is better to be silent when you have nothing to say. “