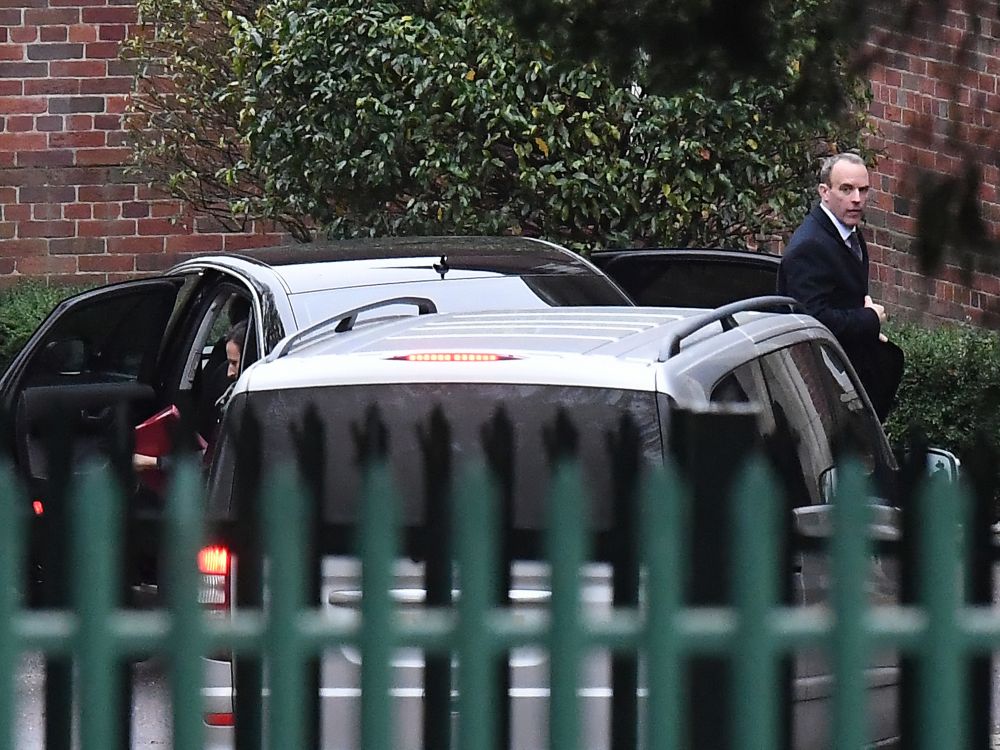 LONDON (Reuters) – The British pound lost on Thursday following the announcement of the departure of Britain's Brexit minister Dominic Raab, who after a Cabinet meeting pressured Prime Minister Theresa May approved the Brexit technical agreement between London and the European Union.

The British currency ended higher Wednesday after Theresa May announced that she had received the support of her key ministers for the agreement negotiated with Brussels for Brexit.

British Brexit Minister Dominic Raab submitted his resignation on Thursday morning. He said that May's plan threatens the integrity of the United Kingdom.

These resignations followed that of the Northern Irish Minister Shailesh Vara.

Northern Ireland's Unionist Party DUP, whose members give Theresa May the opportunity to count on a parliamentary majority, will vote "confident" against a draft Brexit agreement with the European Parliament, the minister said on Thursday Party.

"Prime Minister May is not out of the woods, and market movements suggest the Forex market is suspicious of the bottom line," said John Marley, a currency analyst for Smart Currency Business.

Concerns over the effects of disorderly Brexit on the growth of the UK economy have led to lower government bond yields in the country.

On the money market, futures indicate that a possible increase in the Bank of England (BoE) benchmark rate expected before the end of next year is now being postponed to 2020.

If the London Stock Exchange resists the decline in the pound, which will benefit large international companies, which are heavily represented in their FTSE 100 benchmark (0.32% at 10:00 GMT), banks are in a steep decline.

If the draft Brexit agreement already restricts the access conditions of the UK financial sector to the EU markets, a Brexit could possibly lead to even more penalties without agreement.