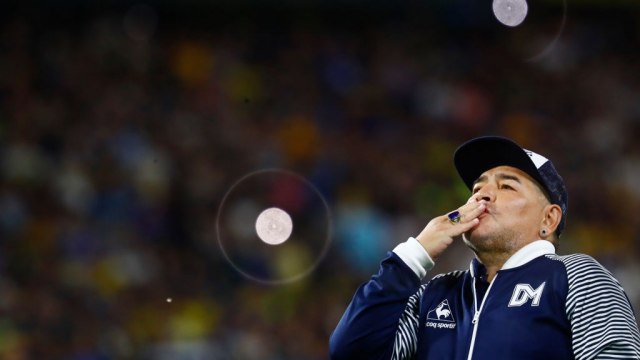 Only two days have passed since the death of Diego Armando Maradona, and we already have many anecdotes from his turbulent life.

Details were also given by one of his agents, Diego Ceci, who described what the last days of the legendary footballer looked like.

Maradona underwent brain surgery three weeks ago and was not in perfect health for a long time.

“Diego’s death is under investigation. There are some unknown and obscure details and people are now wondering what could have been done. This is an issue that needs to be extended throughout his life. “ stated Desire.

Diego life was hard, he was often alone and quite sad.

“Diego was always alone and people always thought about Maradona. Diego ceased to be Diego when he was 15 years old. He was a delicate, uncertain, modest and kind-hearted person. But recently he has quit, both physically and mentally. I think he was tired and he surrendered to death, he didn’t want to live anymore. He wanted to die. “He said.

He noted that family quarrels left a big mark on his condition.

“The family chaos that surrounded him meant he was never truly peaceful. Even now that he is dead, they (his family) are still pulling their hair. It’s complete chaos in the relationship. Now Diego can finally be with those he loved the most, with his mother and father. Diego is in the room now. “ He said Desire.