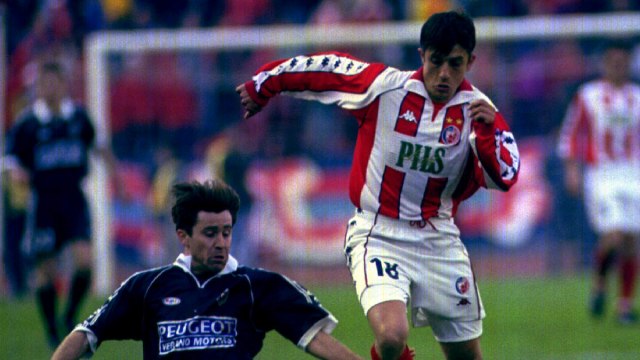 Former Partizan footballer and representative Djordje Tomic commented on what is still number 1 – Serbia’s defeat in the EURO dam against Scotland.

He believes that the criticism of the work of the Serbian Football Association should end and everyone should unite in favor of Serbian football without malice and jealousy.

“I understand the criticism, but I would like the people who are criticizing now to have their place in the Federation. Why not? We should unite and work together for our football. Dzajic, Karasi, Moca Vukotic, Dule Savic, Stepanovic, Kosanović, the younger ones Jugović, Vidić, Krasić, Milan Jovanović, Danko Lazović Why shouldn’t they all sit at the same table, arrange a reasonable meeting and deal with problems? and finally move on. No hatred, malice and jealousy. “ expires Tomic in an interview with “Tanjug”.

He recalls that while some argue that defeating Scotland is not the end of the world and that we should seek a World Cup qualifying as soon as possible, others are “firing” all their weapons at the players, coach and FS S.

“A lot of dust was created, which is logical, because even after 20 years we were not able to qualify for the European Championship. However, I will try to realistically and objectively look at the current situation. It is very difficult to win a game in which everyone has declared you the absolute favorite. is a competitive team with a strong character, a tight and very awkward rival for every national team in the world “, he pointed Tomic.

According to him, the Scots have a strange mentality and seem to be behaving exactly the same regardless of developments on the pitch and the current score.

“If they win – great, if they lose – it doesn’t matter. We understand this much more emotionally, and it seems to me that the importance of the game and the imperative of victory have bound our players’ legs. It was felt from the very beginning. People who haven’t played soccer don’t get it. how much this psychological moment can stop the team and affect the final result of the match “he says Tomic.

He points out that it is a pity, mainly due to the phenomenal release of Tumbakovic’s chickens in the semi-final match against Norway.

– This is the best proof of how weird football is. When was the last time you saw one of our teams play a match like this? Zvezda played in the Champions League twice and I am very happy about it, but Vladan Milojevic wisely judged that it was for his team that best closed all approaches to the goal, so what to do in the counterattack. It was similar with Partizan. The fact is that in Oslo we saw perhaps the best edition of any of our last years. Everything worked fine, good tactics, great selection of players, great changes “, allegations Tomic.

“And less than a month later we’re playing one of the worst games”, notes Tomic.

– It happens. There are many factors that could not be influenced. For example, a crown that has seriously upset the balance of power in world football. Đuričić and Milivojević fell ill, so Kolarov was eliminated at the last minute. It completely destroyed the team. Football is not some great science, but when you move Gudelj from the rear midfielder to the stopwatch because you have no one else because Pavlović is still young and it is logical that you cannot risk with him then you lose the balance and automatisms you used to play during training a few days earlier. “he states Tomic.

Unlike Serbian clubs (Zvezda in Bari, Partizan in Newcastle and Brussels), our national team can never be lucky in the penalty lottery.

“Pixie missed the 1990 World Cup against Argentina, proof that technique does not play a significant role in kicks from the penalty area. Who can blame Mitrovic for anything? It’s not easy to report a penalty in a regular friendly, let alone about such a match. An important moment in their national team jersey, imagine what is going on in their heads when they know that the fate of the whole nation depends on this one shot, you have to be cold, focused. I ask what would they say now and what would it be like audience atmosphere if Marshall goalkeeper hadn’t saved Mitrovic’s shot. “says Tomic.

He adds that the atmosphere is such that many point the finger at people who run the football organization and who could not influence the game, strategy and tactics of the match against Scotland.

– You may like Nenad Bjeković or not, but you can’t deny him one thing – the man understands football. He was a top footballer, later won titles with Partizan as coach and became famous as a referee. Well, it was started by Tumbaković, who worked with roosters at that time, so Nenad knows this knowledge. Pantelić too, I think he is a real guy, hardworking, ambitious. he was also a great player. “For what Nenad, Panta, Kokeza are to blame”, wonders Tomic.

He is sad that he will not see his national team at the European Championship, but he cannot agree with the statement that Serbian football is in disarray.

“No matter what the mess. Well, look how many of our players play in serious European clubs, and they all started with this, they were created in this system. We have great coaches, Lalatović has phenomenal results, Vojvodina is playing well, they won the cup, look at TSC, he gave six goals to the former European champion, Cukaricki is doing fine, so is Vozdovac – well guys, it’s not fair that Serbian football is in a mess. We have great experts, real experts“says Tomic.

As he says himself, Kosanović knows how to be critical, so someone doesn’t like him, but he also knows football.

“Our infrastructure is improving, we play on better and better pitches, younger categories throw out good players. OK, there are no results at the moment, but you can’t be the European and world champion in your youth every year. There will always be criticism. They called for Miljanic when he took him. Yugoslavia at the World Cup in Spain, Boskov, who was the champion of Spain and Italy with Real and Sampdoria, Antic in the moments when our national team shone in the qualification for South Africa. Remember the matches with Austria, the sun, the heat … we barely won with 1: – And they appeared again get negative comments. All the best experts, dragons from the trainer, but the public will always have reservations and some side of the coin.he states Tomic.

He adds that some members of the team (Radonjić, Gudelj) also appeared and publicly took responsibility and blame for the defeat from Scotland.

“It was the players who had to solve problems on the pitch, but they also had to be protected. They knew it wouldn’t be easy, tradition was a miracle. This positive inertia can also turn negative when pressure is surrounding the legs. They talked, warned … They failed and what to do. They answer the call, fight for Serbia. I respect Karasi, he is a legend of Serbian and Yugoslav football, but I didn’t like his statement that Tadic is a ballerina. We didn’t have a bigger champion in football boots. Russia, we should be proud of him“, he points out Tomic.

– Well, he can’t score two goals and score three goals in every game. He played poorly against Scotland but tried again, offered, broke whenever he had the ball something happened. He’s a serious guy who plays every game. “He plays his country fairly and we have no right to call him a ballet dancer. That’s why Tadic has to take us to the World Cup in Qatar. Let’s be more careful and sensible in these statements. ” expires Tomic.

There is no doubt that the Eagles will redeem themselves for losing to Scotland in the next qualifying cycle.

– Good selection has been made and all these players have quality. It’s just that there is an evening when they are not doing well. There is also a “firecracker” with Russia, which is three times stronger than Scotland. Some people analyzed it, I don’t know exactly who, Pantelić, Vukotić, Filipović or Tumbaković, colleagues in the professional field, someone is. There are many valuable people in this Alliance who do their job well “, he says Tomic.

As an example, he gives how Mladenović was “noticed” in Poland and they say that he can refresh our team.

– And you saw the boy play. Well, you noticed Đuričić, Ristić, the audience was shooting at Jovic from all sides and the guy is a great striker. Well, Real isn’t crazy to pay 60 million for it. Or Veljko Paunović, who pushed him into Bijeljin, will play with the two-year-old against Germany and score two goals in a 2-1 draw. Slowly, 23-year-old Jovic will work, explode, everything has to be turned on and packed, and Serbia is once again proud of its national team in football. You have my word“, He concluded Tomic.