Home / serbia / "Vaccination is the best protection against infectious diseases"

"Vaccination is the best protection against infectious diseases" 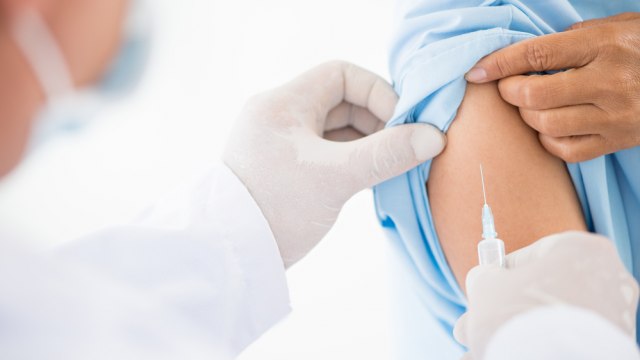 The spread of infection among the population is only prevented when high collective resistance is achieved, so that not only vaccinated people, but the whole community will benefit from immunization.

That is why vaccinations are considered one of the most effective and effective primary prevention measures, said Batut Days about vaccination in Serbia this year.

The aim of vaccination in Serbia is to provide 95% vaccination coverage at the level of the entire population of children who should be vaccinated according to the calendar.

Serbia has a long tradition of vaccination and some vaccines began to be given among the first countries, which is why measles vaccination was introduced in 1839, Diphtheria was eliminated in Serbia in 1980, and polio-free status has been around since 2002. The last case of tetanus in infants was reported in 2009.

Health Minister Zlatibor Loncar said that this year is the 95th anniversary of the Dr Milan Jovanovic Batut Institute of Public Health, but also 100 years since the establishment of the Standing Epidemic Commission, which was the precursor of the Batut Institute.

"The commission dealt with the protection of public health and, above all, the control of infectious diseases. The chairman of the commission was Milan Jutanovic Batut, the first dean of the Faculty of Medicine in Belgrade and the founder of the Institute of Public Health of Serbia, "said Loncar during Batut Days.

He drew attention to the continuous contribution of the Batut Institute in making decisions and policies affecting all aspects of the healthcare system based on collected and processed data.

Batut Director, Verica Jovanovic, remembered the period from the founding of the Institute to the present, with all the challenges facing preventive work and the vaccination process.

She reminded that in the first half of the 19th century Serbia lacked doctors and that at that time the population was also motivated to participate in vaccination.

"The decision was made to prohibit masters from attending the craft and that priests would marry young people who were not vaccinated. By using such measures, an epidemic of varioli has been avoided. "

He adds that Batut together with 24 district institutes play a leading role in the public health system in Serbia.

He pointed out that clinical medicine is currently unimaginable without well-developed epidemiology.

The head of the WHO Office in Serbia, Marijan Ivanusha, emphasized the importance of prevention, which also means huge savings for the healthcare system.

"These savings are often not thought about, but it can mean the introduction of expensive technologies into the healthcare system," he explained.

The conference also awarded plaques for public advocacy and contributions – Minister of Health Zlatibor Loncar, Dean of the Medical Department Nebojs Lalic, representative of WHO in Serbia Marijan Ivanusha and wife of the President of Serbia Tamara Vucic for helping to improve the quality of life of people with autism and people with rare diseases with accessibility modern therapy.