Drivers have a look at the Go-Jek manual on Facebook 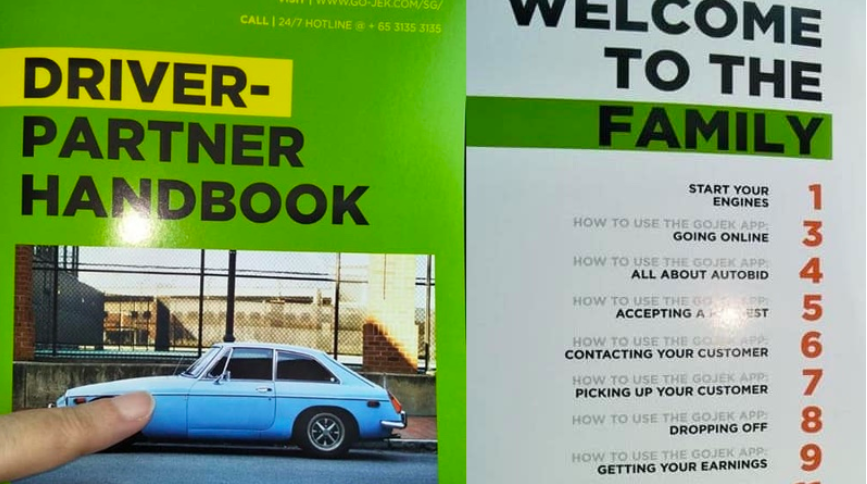 As thousands of drivers want to start working in Go-Jek, which is about to debut in Singapore, photos of the Go-Jek manual suddenly appeared on the group's Facebook page "Private Hire SG Cars / Partners – Grab, Ryde, TADA etc. "

The cinema show Go-Jek rules and regulations for drivers, as well as other aspects of the company. As long as there is no confirmation of whether the pictures are legal, the information contained in the "manual" does not include.

Here are some noteworthy items:

-Go-Jek drivers will be able to transfer money from the earnings wallet to their personal accounts at any time, provided that the amount paid is at least USD 50

-If passengers have trouble driving, Go-Jek will help to delay cleaning fees of up to 30 USD, which will most likely be charged to passengers responsible for the mess

– most places are allowed, although passengers can only take two stops in one journey

-If a Go-Jek driver does not have a car seat, he can refuse to passengers of children weighing less than 1.35 m

– The company applies zero tolerance for inappropriate behavior and discrimination against members of the LGBT community, according to the handbook "Discrimination of clients or partners based on race, nationality, religion, gender, gender identity, physical or mental disability, health status, marital status , age or sexual orientation is not allowed. This may result in the loss of access to the GOJEK platform. "