Complete the lack of centimeters with bravery 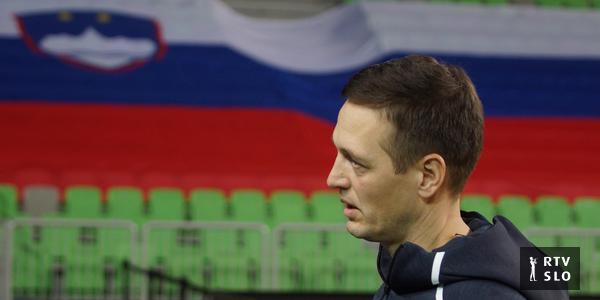 The 12th national basketball team coach will lead Ukraine with the European champions for the first time on Saturday at 20.10. After Hungary left the bubble in Ljubljana due to infection with the novel coronavirus, Fiba agreed with selected teams from Slovenia and Austria that the neighbor’s match would be played on Sunday, which would also take place at 10.10pm, otherwise it should go to the original schedule . in the last February qualifying window for the European Championship. “The most important thing is that we are all healthy. We all want to play as expected of us. We want to meet these expectations on the pitch,– said Sekulic, who once again has the opportunity with his charges to get a ticket for EuroBasket 2022 with two wins and in the event of Monday’s defeat of Austria with Ukraine.

At the beginning of November, Sekulić became the manager. He has inherited Council Trifunović, who took over the selected team after the 2017 European Championships and led them at the beginning of these qualifications in February, when Slovenia, as before in the failed qualification for last year’s World Cup, did not delight in losing to Hungary, and in Koper faced Austria: “I wouldn’t say Slovenia looked bad in February. However, the result was not as expected. We had limited staff and time. Hope we learned something from these windows. Mostly we tried to change a few thingsplay the team so that there is a slight tactical change that varies from coach to coach. On the other hand, we have to be realistic that we were playing in Hungary then, but now we are at home and we have a little more time to prepare which is an advantage. “

The Slovenes only think about two victories

When taking up the position, the new coach did not want to lose words about the quality of the opponents, but always emphasized that Slovenia was primarily betting on itself, and did not mention players who could not help the national team, but always spoke of only two wins. we were not used to the previous campaigns: “The training sessions went more or less as planned as we agreed. There is a great desire and motivation in players. We are very satisfied with this segment. Due to the canceled match and the new date of the second match, we had to change the training process a bit. After all, we only think of two victories. Regardless of the circumstances, we are going to both games with this attitude, but at the moment Ukraine is our priority. All our thinking is focused on this game and then we’ll move on to the next opponent. It is true that the assistants had all the material prepared for both Hungarians and Austrians ”.

Ukraine is one of the most popular Slovenian players in recent times. National teams have already competed 15 times, and Slovenia won 12 matches. Of these, ten failures have occurred in the past seven years. Thanks to their victory over Ukraine, the Slovenes took fifth place at their home EuroBasket, they were twice as good in qualifying for the unforgettable European Championship 2017, where they defeated the Ukrainians in the 1/8 finals, and earlier they overtook them during the preparations. She also met Ukraine in the already mentioned unsuccessful qualifiers for the World Cup, when she also suffered the only defeat in the last seven years, but this one was really high. Namely, the Ukrainians defeated Slovenia in Zaporozhye 82:54, and Slovenia celebrated in February in Stożice after extra time 85:84. It was also the last game of the representation on the court floor of the largest Slovenian hall.

Currently, Bagatskis operates in Ukraine, and in 2017 in Latvia

“I wouldn’t go into details, but it’s definitely a very experienced team. Together with the new coach, they gained a different dimension. He has his own ideas, which were also visible in February. They have a strong centerline. Deep down they have a mass and strength that they will want to use. The outer lane seems less dangerous to me than the mid lane, which we’ll try to take advantage of and make them make a few mistakes. We will try to break the connection between the centers and external players. We will also have to pay close attention to the defensive jump, because we are a bit short of centimeters, which I think we will replace with bravery,“Sekulić told about Saturday’s opponent who celebrated in Austria in February and lost to Hungary at home.

Currently runs Ukraine Ainars Bagatskis, former coach of Žalgiris and Maccabi. The 53-Latvian expert is also the coach of Kiev, the leading team of the Ukrainian league. As a representative of Latvia, he met Slovenia at the European Championships, and as a coach he led the country in the unforgettable spectacle of the Istanbul quarter-finals in 2017. – We know his way of working. He really has an offensive game and now they play faster than under the previous coach. They are trying to use counterattacks. They have strong players. Kiev plays similarly, but we don’t know what they have prepared for us. One is what they played in February, but their offensive and defensive tactics may have changed. We must be prepared for anything. We also have our advantages and we are preparing a few surprises. We’ll see on the pitch. The most important thing for us is to be great. in defense and – as I said – to break the connection between the outside and inside and be aggressive. “